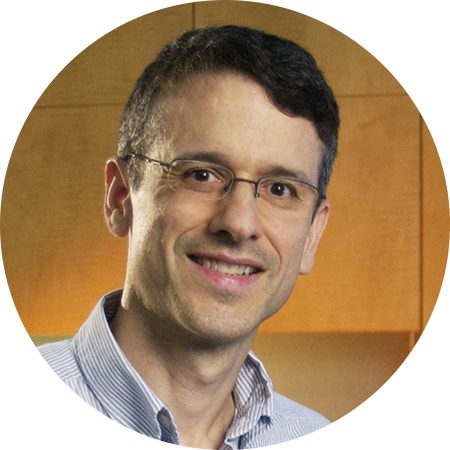 James Inglese directs the Assay Development and Screening Technology laboratory within the Division of Pre-Clinical Innovation at NCATS. His postdoctoral training program has been recognized by disease foundations as an effective collaborative bridge to NCATS' expertise and resources, enabling a champion-driven effort in early-stage translation. Prior to the formation of NCATS, in 2004 Inglese co-founded the NIH Chemical Genomics Center (now at NCATS), later acting as its deputy director.

Inglese has contributed to more than 180 publications and patents and is the founding editor of the journal ASSAY and Drug Development Technologies, serving as editor-in-chief from 2002 to 2014. He co-chaired the 2015 conference of the Society of Laboratory Automation and Screening. Inglese also serves as a scientific advisor to NIH-funded chemistry and screening centers, disease foundations, and international chemical biology consortia.

High throughput technologies enable assays of biochemical, cellular or organismal systems that recapitulate an aspect of disease phenotypes in an experimentally efficient and reproducible manner. These high throughput screening, or HTS, assays enable the investigation of a diversity of chemical substances such as large synthetic compound libraries, existing pharmaceuticals, and naturally occurring plant or microbial secondary metabolites (e.g., natural products) with potentially novel therapeutic activity. Approaching the design and development of HTS assays from the genetic basis of a disease is one way to initiate the discovery of medicines for rare genetically inherited syndromes.