Technological advances have made genetic and genomic tools faster, cheaper and more compatible with limited or older samples. Today, genetic information is used by law enforcement to investigate criminal acts. The legal system also uses genetic information to exonerate those who have been convicted of crimes they did not commit. This page provides information on the method and scope of these new techniques and tools, along with a discussion of their ramifications with respect to privacy.

The Combined DNA Index System (CODIS) is the Federal Bureau of Investigation’s (FBI) program of support and software for criminal justice DNA databases. Law enforcement uses CODIS to compare DNA samples from crime scenes with the DNA of convicted criminals and arrestees, or with DNA detected at other crime scenes, in order to identify criminal suspects. The technology's analysis is limited to 13-20 designated DNA indices called microsatellites. If a match is identified in CODIS, a confirmatory sample can then be taken from the suspect. The results of a comparison between that sample and the crime scene sample can be used as evidence in court.

The existence and application of DNA databases such as CODIS have spurred debate about who should be included in DNA databases, what materials and information should be stored and the circumstances for when information should be expunged. There is also controversy surrounding the use of familial searching with partial CODIS matches, which can reveal the identity of someone with a close biological relationship to the presumed criminal suspect. Familial searching is not performed at the federal level, and the FBI does not regulate use at the state level. While Maryland and the District of Columbia have passed laws specifically prohibiting familial searching, several states have policies and procedures that allow familial searching within their databases in some circumstances.

In 2013 in Maryland v. King,  the U.S. Supreme Court ruled in a 5-4 decision that law enforcement may collect DNA samples from suspects who are under arrest for a crime but are not yet convicted. The majority determined that the collection of DNA in such circumstances, typically via a cheek swab, is similar to fingerprinting or photographing. The dissenting justices were troubled by the implications of the decision for privacy. Justice Antonin Scalia signaled deep disagreement by reading his dissent from the bench, warning "your DNA can be taken and entered into a national database if you are ever arrested, rightly or wrongly, and for whatever reason."

Investigative genetic genealogy (IGG) which is sometimes referred to as forensic genetic genealogy, is a new investigative tool that combines the genetic analysis of crime scene samples with the mining of information in publicly available genetic genealogy databases and traditional genealogical records. This practice substantially increases the pool from which law enforcement can search for leads. In a landmark case, this technique was used to identify the notorious Golden State Killer, leading to his arrest in 2018.

FBI officials report that IGG technology helped solve over 50 cold cases in its first 18 months of use. However, the technology raises some privacy concerns due to its broad use of genetic information from individuals not directly implicated in the crime. Some opponents argue that the IGG technique violates Fourth Amendment protections against search and seizure without probable cause; however, the Fourth Amendment does not historically apply to information voluntarily shared with a third party (e.g., a public database). Legal scholars have posited that recent trends in Supreme Court decisions upending this doctrine in the era of "big data" could have important implications or the practice of IGG.

The Department of Justice Interim Policy on investigative genetic genealogy went into effect in November 2019. The policy, which applies to all law enforcement agencies (i.e., federal, state and local) that receive federal funding, limits initiation of IGG to cases involving an unsolved violent crime or unidentified remains of a suspected homicide victim. The Department of Justice expects to issue a final policy on investigative genetic genealogy. 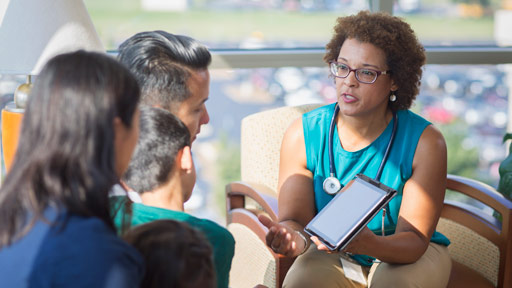