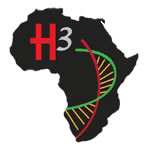 African researchers may now apply for funding to build genomic research facilities and expertise and to conduct genomic studies in Africa. The grants are part of the Human Heredity and Health in Africa project, or H3Africa, which is intended to enhance the ability of African scientists to use cutting-edge research approaches to the study of diseases of importance in Africa and around the world.

H3Africa is a partnership with The Wellcome Trust a global charity based in London, and the African Society of Human Genetics. The National Institutes of Health (NIH) plans to contribute about $53 million over the next five years to H3Africa, $37.25 million from the NIH Common Fund and $15.75 million from individual Institutes. The Wellcome Trust is contributing $12 million to the effort over a similar time period.

All humans trace their ancestry to Africa, the continent where humans first evolved. Many previous studies, including the International HapMap Project, have shown that African populations have the greatest amount of genetic variability. Genetic differences in individuals have been shown to affect many features of humans, including the risk of developing different diseases. African populations have been notably underrepresented in genetics- and genomics-based disease studies, so by expanding the range of people being studied, researchers expect to learn a great deal about the genetic roots of diseases that afflict Africans and people across the globe.

"In H3Africa, African scientists will study the genetic and environmental factors that contribute to both infectious diseases like tuberculosis and common diseases such as diabetes and hypertension," said Jane Peterson, H3Africa project director and associate director of the Division of Extramural Research at the National Human Genome Research Institute (NHGRI). NHGRI manages H3Africa on behalf of the NIH Common Fund.

"With H3Africa's support, Africans will build the capacity for African researchers to study African populations to solve African problems," said Charles N. Rotimi, Ph.D., M.P.H., president of the African Society of Human Genetics, Dr. Rotimi is also director of the Center for Research on Genomics and Global Health, and intramural laboratory at the National Human Genome Research Institute.

The NIH has issued three related Request for Applications (RFAs) for H3Africa:

that focused on improving the capacity for genomics research in Africa to study communicable and non-communicable diseases.

The white paper discussed a number of aspects of the proposed initiative, including: