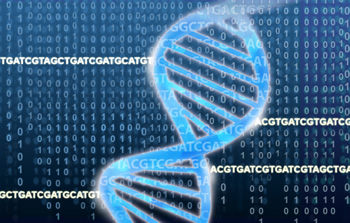 Bethesda, Md., Wed., Sept. 25, 2013 - Three grants totaling more than $25 million over four years will help three research groups to develop authoritative information on the millions of genomic variants relevant to human disease and the hundreds that are expected to be useful for clinical practice. The awards are from the National Institutes of Health.

More and more medical and research centers are sequencing the DNA of whole genomes (the body's entire genetic blueprint) or exomes (the genome's protein-coding region) of patients. Each time, millions of DNA differences in genes and the regions between the genes are detected. But doctors struggle to know which of those differences, called variants, are relevant to disease and for a patient's medical care. As a result, information on few genomic variants is used in clinical practice.

The grants will support a consortium of research groups to develop the Clinical Genome Resource (ClinGen). The investigators will design and implement a framework for evaluating which variants play a role in disease and those that are relevant to patient care, and will work closely with the National Center for Biotechnology Information (NCBI) of the National Library of Medicine (NLM), which will distribute this information through its ClinVar database. The grants are funded by the National Human Genome Research Institute (NHGRI) and the Eunice Kennedy Shriver National Institute of Child Health and Human Development (NICHD), which, along with NCBI and NLM, are part of NIH. ClinGen was developed from NHGRI's Clinically Relevant Variants Resource program.

"With the genomic advances being witnessed every week, this resource should help in developing effective systems that will allow doctors to understand the role of genomic variants in disease and to use genomic information about their patients to improve their care," said NHGRI Director Eric D. Green, M.D., Ph.D.

"We are excited about the opportunity to make the ClinVar database on variants and disease more robust with data from the ClinGen effort," said NCBI Director David J. Lipman, M.D. "This comprehensive information will be a valuable resource to disease researchers and clinicians."

It is difficult to determine the roles of variants in common complex diseases, such as heart disease and diabetes, where dozens of variants may be involved, each usually having a small effect. The resource's investigators will focus first on variants underlying certain forms of cancer, cardiovascular disease, and metabolic disorders, where having the variant usually results in getting the disease.

Many groups have their own protocols for assessing whether the genomic variants they have identified are clinically relevant, said Erin M. Ramos, Ph.D., program director in the NHGRI Division of Genomic Medicine. "We have to agree on what evidence is needed to decide whether the effects of a variant are medically relevant, and to make that evidence available to the public as well as the research and clinical communities," she said.

"There are about 2,000 separate databases on specific genes and diseases," said Lisa D. Brooks, Ph.D., director of the Genetic Variation Program in the NHGRI Division of Genome Sciences. "We expect that this central effort partnered with ClinVar will make this information more easily available and widely used."

The following groups are receiving grants (pending available funds after year one):

As the research groups develop consensus on the clinical value of variants, they will work with professional organizations, which will use the information to develop clinical practice guidelines.

NHGRI is one of the 27 institutes and centers at the National Institutes of Health. The NHGRI Extramural Research Program supports grants for research and training and career development at sites nationwide. Additional information about NHGRI can be found at www.genome.gov .

The National Library of Medicine (NLM) is the world's largest library of the health sciences and collects, organizes and makes available biomedical science information to scientists, health professionals and the public. For more information, visit www.nlm.nih.gov.

About the Eunice Kennedy Shriver National Institute of Child Health and Human Development (NICHD): The NICHD sponsors research on development, before and after birth; maternal, child, and family health; reproductive biology and population issues; and medical rehabilitation. For more information, visit the Institute's website at www.nichd.nih.gov.