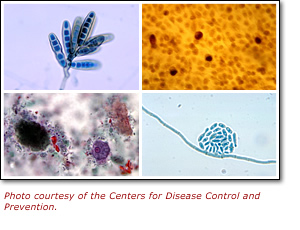 Bethesda, Md., Wed., Dec. 19, 2007 – The human body contains trillions of microorganisms, living together with human cells, usually in harmony. Because of their small size, however, microorganisms make up only about one to two percent of the body's mass. Many microbes maintain our health, while others cause illness. Yet, surprisingly little is known about the role this astounding assortment of bacteria, fungi and other microbes play in human health and disease. To better understand these interactions, the National Institutes of Health (NIH) today announced the official launch of the Human Microbiome Project. The human microbiome is the collective genomes of all microorganisms present in or on the human body.

"The human microbiome is largely unexplored," said NIH Director Elias A. Zerhouni, M.D. "It is essential that we understand how microorganisms interact with the human body to affect health and disease. This project has the potential to transform the ways we understand human health and prevent, diagnose and treat a wide range of conditions."

Part of the NIH's Roadmap for Medical Research, the Human Microbiome Project will award a total of $115 million to researchers over the next five years. Initially, researchers will sequence 600 microbial genomes, completing a collection that will total some 1,000 microbial genomes and providing a resource for investigators interested in exploring the human microbiome. Other microbial genomes are being contributed to the collection by individual NIH institutes and internationally funded projects. A meeting between international partners was recently convened to discuss forming an international consortium.

Researchers will then use new, comprehensive laboratory technologies to characterize the microbial communities present in samples taken from healthy human volunteers, even for microbes that cannot be grown in the laboratory. The samples will be collected from five body regions known to be inhabited by microbial communities: the digestive tract, the mouth, the skin, the nose, and the female urogenital tract. Demonstration projects will subsequently be funded to sample the microbiomes from volunteers with specific diseases. This will allow researchers to correlate the relationship between changes in a microbiome present at a particular body site to a specific illness.

"We now understand that there are more microbial cells than human cells in the human body. The Human Microbiome Project offers an opportunity to transform our understanding of the relationships between microbes and humans in health and disease," said Dr. Alan Krensky, the director of the Office of Portfolio Analysis and Strategic Initiatives (OPASI), which oversees the NIH Roadmap for Medical Research.

While the term "microbiome" may be relatively new in biomedical research, most people are familiar with some of the effects - both good and bad - that microbes can have on our health. Consider the example of the biggest reservoir of microbes in humans: the digestive tract. The human gut harbors many beneficial microorganisms, including certain bacteria called probiotics. There is evidence these probiotics, found in dietary supplements, yogurt and other dairy products as well as various soy products, can stimulate the immune system and improve digestive functions. In contrast, previous research suggests that variations in the composition of microbial communities may contribute to chronic health conditions, including diabetes, asthma, obesity and digestive disorders.

"Microbes play a significant role in the health of the digestive tract and many digestive diseases result when the microbial environment is out of balance," said Griffin P. Rodgers, M.D., M.A.C.P., director of the National Institute of Diabetes and Digestive and Kidney Diseases (NIDDK), and co-chair of the Human Microbiome Project's Implementation Group. "The Human Microbiome Project will help us better understand the microbial environment in the gut, as well as provide us with the tools and technology to expand our exploration into this field of research."

Traditionally, microbiology has focused on the study of individual species as isolated units, making it difficult to develop and inventory all of the microbes in and on the human body. Because their growth is dependent upon a specific natural environment, it's difficult to recreate microbe-host interactions in the laboratory. Advances in next generation DNA sequencing technologies relying on a process called metagenomic sequencing will be used. Instead of isolating each microbe, all of the DNA within the collected samples will be sequenced.

"Our goal is to discover what microbial communities exist in different parts of the human body and to explore how these communities change in the presence of health or disease," said National Human Genome Research Institute Director, Francis S. Collins, M.D., Ph.D., co-chair of the Human Microbiome Project Implementation Group. "In addition, we will likely identify novel genes and functional elements in microbial genomes that will reshape the way we think about and approach human biology."

NIH recently awarded $8.2 million to four sequencing centers, to start building a framework and data resources for the Human Microbiome Project. One-year awards were given to the sequencing centers at the Baylor College of Medicine, Houston, and Washington University School of Medicine, St. Louis, which are part of the NHGRI Large-Scale Sequencing Research Network; and the Broad Institute of MIT/ Harvard, Cambridge, Mass., and the J. Craig Venter Institute, Rockville, Md., which are funded through the National Institute of Allergy and Infectious Diseases (NIAID) Microbial Genome Sequencing Centers Program.

The objectives of this initial work are to sequence the genomes of 200 microbes that have been isolated from the human body as part of the 1,000 microbial genomes collection. Researchers will also begin recruiting healthy volunteers who will donate samples from the five body regions. NHGRI, NIAID, and the National Institute of Dental and Craniofacial Research (NIDCR) have led the initial phases of the project.

"The recent emergence of faster and cost-effective sequencing technologies promises to provide an unprecedented amount of information about these microbial communities, which in turn will bolster the development and refinement of analytical tools and strategies," said NIAID Director Anthony S. Fauci, M.D., co-chair of the Human Microbiome Project's Implementation Group.

Following the precedents set by other large-scale genomics efforts, such as the Human Genome Project and the International HapMap Project, data from the Human Microbiome Project will be swiftly deposited in public databases, including those supported by the National Center for Biotechnology Information (www.ncbi.nlm.nih.gov/mapview), part of the National Library of Medicine. The project also will fund the establishment of a Data Analysis and Coordinating Center, which will coordinate data access and develop data retrieval tools for the research community.

Also following on the lead of those efforts, the Human Microbiome Project will monitor and support research on the ethical, legal and social implications of the research. Areas of focus include the clinical and health implications of using probiotics, potential forensic uses of microbiome profiles, bioterrorism and biodefense applications, the application of new technologies from the project, and patenting and privacy issues.

"Examining and addressing the emerging ethical, legal and social implications of metagenomics research is central to our goal of one day moving any resulting diagnostic, prevention, or treatment tools into the clinic in a safe and effective manner," said NIDCR Director Lawrence Tabak, D.D.S., Ph.D., co-chair for the NIH Human Microbiome Project Implementation Group.

Additional information about the Human Microbiome Project is available at www.nihroadmap.nih.gov/hmp. For more information about funding opportunities, go to: www.nihroadmap.nih.gov/hmp/grants.asp. A high resolution image of the bacteria, Entercoccus faecalis, a microbe that lives in the human gut, is available in color at www.genome.gov/dmd/img.cfm?node=Photos/Microorganisms&id=79092, or in black and white at www.genome.gov/dmd/img.cfm?node=Photos/Microorganisms&id=79093.

The Human Microbiome Project is part of the NIH Roadmap for Medical Research. The Roadmap is a series of initiatives designed to pursue major opportunities and gaps in biomedical research that no single NIH institute could tackle alone, but which the agency as a whole can address to make the biggest impact possible on the progress of medical research. Additional information about the NIH Roadmap can be found at www.nihroadmap.nih.gov.