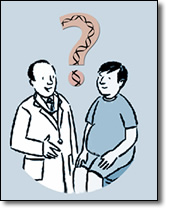 Bethesda, Md., Wed., Feb. 18, 2009 - In a large-scale study and an upcoming clinical trial, scientists supported by the National Institutes of Health address one of the trickiest issues in prescribing medicine - how to quickly optimize each patient's dosage of the common blood-thinning drug warfarin.

One of the most widely prescribed drugs in the world, warfarin is used to prevent dangerous blood clots that can lead to heart attacks, strokes or even death. The drug is challenging for doctors to prescribe because the ideal dosage for each person varies widely and is hard to predict, yet is crucial for the patient's safety.

Every year, an estimated 2 million Americans with certain heart conditions or other risk factors start taking warfarin. Getting the wrong amount of warfarin can be dangerous - if the dose is too high, patients could bleed profusely; if it's too low, they could develop life-threatening clots.

Using information from thousands of genetically and geographically diverse patients, an international team of researchers developed a way to use genetic information from patients that could help doctors better determine optimal warfarin doses. The results of the analysis are published in an article titled "Warfarin Dosing Using Clinical and Pharmacogenetic Data" in the Feb. 19 issue of The New England Journal of Medicine.

The article is accompanied by an editorial by Janet Woodcock and Lawrence Lesko of the Center for Drug Evaluation and Research at the Food and Drug Administration.

In an important step toward putting these findings into clinical practice, NIH is launching the largest prospective, multi-center, randomized clinical trial in the United States to test whether a gene-based strategy for prescribing the initial warfarin dose will improve patient outcomes. The clinical trial will use a dosing strategy similar to that developed in the international study. The trial will enroll 1,200 participants of diverse backgrounds and ethnicities at twelve clinical sites, and is scheduled to begin next month.

"In these investigations, NIH-funded basic research and clinical trials are working hand in hand to improve the care of the millions of patients on warfarin therapy," said Raynard S. Kington, M.D., Ph.D., acting NIH director. "More broadly, these efforts showcase NIH's firm commitment to building a future of personalized medicine - a future in which doctors will be able to prescribe the optimal dosage of medicine for each patient right from the start."

Each person responds differently to warfarin. One person may need 10 times more of the drug than another, so it's challenging to figure out where to start. Doctors typically select the initial dose based on standard clinical factors - such as age, weight and gender - then fine tune the dosage over a few weeks in response to periodic tests of the blood's ability to clot.

In 2007, the FDA worked with the makers of warfarin drug products to modify the product label to indicate that a patient's genetic makeup may affect how he or she responds to the drug. Researchers know that two genes, CYP2C9 and VKORC1, which vary slightly among different individuals, can influence warfarin's effectiveness. However, scientists do not know whether information about these genes can improve optimal dosage prediction for a wide range of patients, regardless of race, ethnicity or other genetic differences.

To investigate this issue, researchers from more than 20 teams in nine countries on four continents voluntarily joined to form the International Warfarin Pharmacogenetics Consortium (IWPC). The consortium was spearheaded by scientists involved in the NIH Pharmacogenetics Research Network and PharmGKB, an online pharmacogenomics resource where data from the study is now freely available to scientists.

By pooling their data, the consortium members had access to anonymized information from about 5,700 people on stable dosages of warfarin. The patients came from around the globe, including Taiwan, Japan, Korea, Singapore, Sweden, Israel, Brazil, Britain and the United States. This kind of study - one that includes a large, diverse data set - is essential to draw conclusions that are applicable to a wide range of patients.

For each patient, the data included demographic information like age, gender and race; CYP2C9 and VKORC1 variants; and initial, as well as optimized, warfarin dosages.

The scientists calculated warfarin dosages in three ways - one that relied on the standard, clinical information, one that included additional information about individual patient variation in CYP2C9 and VKORC1, and one that used a fixed dose per day. Then they checked how closely their computational predictions matched the actual, clinically derived stable warfarin dosage for each patient.

The results revealed that when genetic information was included, the predictions of ideal dosages were more accurate, especially for patients at the low or high ends of the dosing range. This is meaningful because nearly half of those on warfarin are at the extremes of the range, and these patients are typically at the greatest risk for excessive bleeding or clotting. By quickly optimizing dosages for these patients, doctors could minimize dangerous complications and improve the effectiveness and safety of warfarin treatment.

"By sharing information and expertise, the consortium researchers developed a way to dose warfarin that is based on data from patients around the world," said Jeremy M. Berg, Ph.D., director of the National Institute of General Medical Sciences (NIGMS), which supported the study. "This is a highly commendable example of international cooperation and data sharing and should increase the potential utility of the results."

In addition to NIGMS, the following NIH components supported the consortium's research: the National Heart, Lung, and Blood Institute (NHLBI), the National Institute of Neurological Disorders and Stroke (NINDS), and the National Center for Research Resources (NCRR).

Moving from the Computer to the Clinic

Although genetic tests are now available for doctors to use to help determine the initial dose of warfarin, a large, randomized clinical trial - the gold standard for testing medical therapies - is needed to determine if the more precise, gene-based prescribing strategy is the best option.

"With growing evidence on how certain genes affect the way individual patients respond to warfarin, we are now ready to move forward with a major clinical trial to test these strategies in patients who are starting warfarin therapy," said Elizabeth G. Nabel, M.D., director of NHLBI, which is supporting the new study.

Called Clarification of Optimal Anticoagulation through Genetics (COAG), the new clinical trial will test two approaches to determining the initial dose of warfarin in patients who are expected to need therapy for three months or longer. The trial will be conducted at 12 sites, with one site each in California, Florida, Maryland, Michigan, Minnesota, Missouri, New York, Pennsylvania, Tennessee, Texas, Utah and Wisconsin. The COAG Coordinating Center is at the University of Pennsylvania School of Medicine.

"The COAG study will provide important evidence to determine if genetic information gives added benefit for determining initial warfarin doses above and beyond what can be obtained with clinical information," added Nabel.

Researchers will assess how long participants in each group maintain the desired level of blood thinning, as determined by a blood test, at two and four weeks after starting therapy, as well as at three and six months. Researchers will also review bleeding problems and other complications, quality of life and cost of therapy.

"This new body of research and the prospective clinical trial that will soon be launched by NIH builds on the warfarin labeling changes that FDA put in place in 2007 to reduce the number of adverse events associated with this dose-sensitive drug," said Frank M. Torti, M.D., acting commissioner of Food and Drugs. "The NIH research is precisely what is needed to advance the promise of personalized medicine, ensuring that patients receive the safest and most effective drug dose."

The COAG trial is supported by NHLBI, with additional funding for genome analyses from the National Human Genome Research Institute (NHGRI). Warfarin will be donated by Bristol-Myers Squibb, New York City. The COAG trial is also working with the Critical Path Institute, an independent, non-profit organization that fosters partnerships between academia, government and the healthcare industry.

Further information about this trial (NCT00839657) can be found at Clarification of Optimal Anticoagulation Through Genetics (COAG).

To arrange an interview about the IWPC research study with NIGMS director Jeremy M. Berg, Ph.D., contact the NIGMS Office of Communications and Public Liaison at 301-496-7301 or info@nigms.nih.gov.

To arrange an interview about the COAG clinical trial with NHLBI director Elizabeth G. Nabel, M.D., or other NHLBI spokespeople, contact the NHLBI Communications Office at 301-496-4236 or at nhlbi_news@nhlbi.nih.gov.

NIGMS is a part of NIH that supports basic research to increase our understanding of life processes and lay the foundation for advances in disease diagnosis, treatment and prevention. For more information on the Institute's research and training programs, see www.nigms.nih.gov.

NHLBI plans, conducts, and supports research related to the causes, prevention, diagnosis and treatment of heart, blood vessel, lung and blood diseases; and sleep disorders. The Institute also administers national health education campaigns on women and heart disease, healthy weight for children, and other topics. NHLBI press releases and other materials are available online at www.nhlbi.nih.gov.

NHGRI supports grants for research and for training and career development at sites nationwide. Additional information about NHGRI can be found at its Web site, www.genome.gov.

NINDS (www.ninds.nih.gov) is the nation's primary supporter of biomedical research on the brain and nervous system. For more information about stroke prevention and treatment, see www.stroke.nih.gov.

The National Institutes of Health (NIH) - The Nation's Medical Research Agency - includes 27 Institutes and Centers and is a component of the U.S. Department of Health and Human Services. It is the primary Federal agency for conducting and supporting basic, clinical and translational medical research, and it investigates the causes, treatments and cures for both common and rare diseases. For more information about NIH and its programs, visit www.nih.gov.

To view the PDF on this page you will need Adobe Reader.