Biographies of Patients with ACDC

Biographies of Patients with ACDC 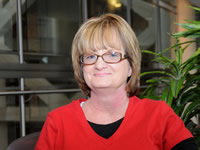 Louise Benge, 56, performs data entry for a company in Brodhead, Ky. She is married and has a 32-year-old son, two step-children, and a granddaughter. Cystic fibrosis claimed the life of her daughter at age 15 in 1999. Louise and her four siblings have arterial calcification due to deficiency of CD73 (ACDC), a rare genetic disorder that is explained for the first time in the Feb. 3. 2010 issue of the New England Journal of Medicine by doctors at the National Institutes of Health (NIH). ACDC is caused by a gene defect that permits calcium to build up in arteries below the waist and in the hands. For Louise and her siblings, the condition blocks blood flow and makes walking and other movements painful and difficult. Fortunately, this calcification spares the coronary arteries.

Cinical investigators from the National Human Genome Research Institute and the National Heart, Lung, and Blood Institute identified the rare disorder, of which just nine cases are known. The genetic condition is recessive, meaning that it is caused by a gene variant that is present in one copy of the two genes passed down by each of her parents. Paula and each of her siblings received two copies of the gene variant, causing the gene defect that affects each of them with this debilitating condition.

Louise first experienced unexplained leg pain in her twenties. Doctors could not identify the disorder, but confirmed that blockage of blood vessels was to blame for her discomfort. She continued to see doctors in nearby Lexington and elsewhere in the state. Physician Karen Saylor, M.D., of Mount Vernon, Ky, referred Louise and her sister Paula Allen to NIH's Undiagnosed Diseases Program (UDP) in 2009. After being accepted into the UDP in May 2009, Louise, her siblings and her unaffected parents visited the NIH Clinical Center for clinical and laboratory procedures that led to the discovery of the defective gene.

For the past three years, Louise has received therapy that helps her kidneys flush calcium from her blood. Though she has received recommendations for activities such as water aerobics, nothing currently has been offered to eliminate the painful effects of ACDC. Back in Kentucky, she remains hopeful that doctors will develop a treatment now that the disorder is identified and understood at the molecular level.

"It has impressed me that at NIH, they want to do something to help us," Louise said. "At a lot of places they have said that we should just go about our business." 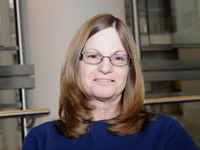 Paula Allen, 51, works as a customer service representative for an electric utility company near her home of Brodhead, Ky. She is married, has a daughter and a son, and is a grandmother of three. She recalls running about playing games such as Kick the Can and Ghost in the Graveyard like other children. She is disappointed that today she can't play these games with her grandchildren.

At 18, Paula saw a doctor for symptoms of arthritis in her hands. Tests came back negative for arthritis. In her 30s, when the pain in her legs prevented her from getting a good night's sleep, she visited nearby doctors. They offered her vascular surgery, but also advised that such surgery would need to be repeated after five years. Paula declined the surgery.

Paula and her older sister Louise have reduced blood circulation in their lower extremities and similar symptoms of pain when walking. She can't stand for very long nor walk any distance with any speed. With her sister, she underwent three years of renal therapy until last fall. The weekly infusions of sodium thiosulfate rewarded Paula with a full night's sleep, but the half-hour to two-hour infusion sessions took a toll on her schedule, requiring time from work in the middle of the week. Ultimately, the doctors decided that the infusions weren't sufficiently effective, according to Paula. While she continues to take medication to thin her blood and ibuprofen for pain, Paula now has hope that a treatment may someday be found.

"My entire family was really impressed by NIH ," Paula said. "I am excited that they found a cause and hope that they can learn something that might help us or someone else."