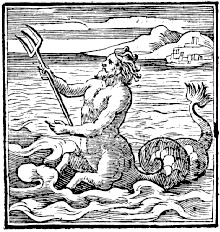 Proteus, a sea-god from Greek mythology, could change his shape to improve his fortunes. People suffering the syndrome that bears his name are not so lucky and the cause of their plight has been as mysterious as the disease can be debilitating. It's a strange genetic disorder that's never inherited; each individual appears to have a new mutation. Moreover, the genetic defect is only found in some of the patient's cells while other tissues are genetically normal and healthy, a condition geneticists call a mosaicism.

NHGRI's Genome Advance of the Month selection, however, provides the answer — and it's a shocker: Proteus syndrome is caused by a spontaneous change in a single base pair among the three billion base pairs in the human genome that occurs in a single cell of a developing embryo. The severity of the disease — which varies dramatically between sufferers — depends on when during embryonic development the mutation occurs and in which cell.

"Remarkably, every patient has exactly the same mutation," said Leslie Biesecker, M.D., chief of the NHGRI Genetic Disease Research Branch and senior investigator on the study reported in the July 27, 2011, issue of The New England Journal of Medicine [nejm.org]. The mutation has not been seen in normal individuals or in normal tissue from people with Proteus, but it does occur in some types of tumors as a secondary mutation that drives the cell growth that characterizes cancer.

Although babies with the mutation appear normal at birth, the syndrome causes parts of an affected individual's body to grow larger and larger, distorting shape and ability to function normally. Patients symptoms range from having a tiny overgrowth on a finger to massive overgrowth of limbs that sometime require amputation, said Dr. Biesecker, who has been seeking the cause for more than a decade and half. Perhaps the most extreme suffer, and probably the most famous, may have been the 19th century Englishman Joseph Merrick. He gained celebrity because his extensive overgrowth deformities caused him to be displayed in human novelty exhibitions as the Elephant Man, later celebrated on stage and in films. Researchers hope to test DNA from Merrick's bones, which have been preserved in the museum of the Royal London Hospital.

The solution required two unique features of the National Institutes of Health (NIH): Dr. Biesecker could treat Proteus patients at the NIH Clinical Center, a unique research hospital, where surgical management of tissue overgrowth allowed NIH to create a tissue bank of Proteus samples for analysis. As genomic sequencing technologies advanced, Dr. Biesecker worked with collaborators in the NIH Intramural Sequencing Center to conduct whole genome sequencing, a technique in which all the protein-encoding portions of the genome are analyzed by comparing the Proteus sequence to normal genomes.

The result: NIH and other collaborators identified a single base pair change in a single gene called AKT1 as the cause of this disease.

Discoveries such as this have been made possible by the rapid advances made in the field of DNA sequencing, and there have been a couple of notable publications on that front, one in July, and one in June.

July's publication, in the journal Nature, describes the new Ion Torrent sequencing platform [nature.com] from Life Technologies (Carlsbad, Calif.), which is highly novel in that it does not involve using light to detect DNA, unlike all other currently available sequencing platforms. Instead, Ion Torrent uses semiconductors to detect the release of hydrogen ions given off during the sequencing reaction. The Ion Torrent team plans to take advantage of the feature of semiconductors, their scalability. This scalability is what has allowed computer chips to get ever smaller at the same time becoming ever more powerful, which has led to a doubling of computing power for the same cost roughly every two years, a feature known as "Moore's Law", after Gordon Moore, one of the co-founders of the chip-maker Intel (Santa Clara, Calif.). In a nice public-relations touch, the paper demonstrates the capability of Ion Torrent by using it to sequence Moore's genome.

The second sequencing development, from the month of June, contains an exciting development in the field of DNA sequencing from Sunney Xie's group at Harvard University, published in the journal Nature Methods [nature.com]. Their work combines the strengths of two different sequencing approaches and has the potential to allow faster, cheaper DNA sequencing.

Most sequencing methods today involve what's called sequencing-by-synthesis; the DNA strands are replicated using DNA polymerase enzymes, and as the copies are made, the sequencer notes which of the four nucleotides (A, C, T, or G) is added at each position along the strand. Detection is usually done in one of two ways: pyrosequencing or fluorescence-based.

Each detection strategy has its advantages and drawbacks. Pyrosequencing involves adding each base (A, C, T, and G) to the reaction mix one at a time, sequentially. If the added base (lets say it's A) is incorporated into the growing strand of DNA, the release of pyrophosphate from the nucleotide is detected and that letter's addition to the sequence recorded. (Traditional pyrosequencing uses bioluminescent enzymes that give off light when detecting the pyrophosphate, but in the case of Ion Torrent, the semiconductors detect the release of a hydrogen ion and don't use any light-based detection). The excess As are then washed away and the process repeats with the next nucleotide in sequence (for example, Cs, then Ts, then finally Gs). Pyrosquencing uses unmodified DNA bases, but signal output is lower than fluorescent-based methods, which generate brighter, longer-lasting signals than the bioluminescence approach.

On the other hand, fluorescence-based sequencing is more sensitive (thanks to those brighter fluorescent molecules), uses less DNA template, and offers much higher throughput, but the reaction times are longer, and the nucleotide bases used in the synthesis have to be specially modified so that each has a fluorescent molecule attached that gets released when the base is incorporated into the growing DNA strand (each different base gets a different color so the machine can detect the difference between As, Ts, Cs, and Gs).

Dr Xie's approach involves specially modified nucleotides called terminal phosphate-labeled fluorogenic nucleotides (TPLFNs). The TPLNFs have a fluorescent addition to the phosphate molecule, but even when the phosphate is released from the nucleotide (as it is incorporated into the growing DNA strand) the fluorescence remains inactive until other enzymes activate it to give off a light signal that can be detected.

The other clever part of the Harvard strategy is that each reaction is conducted in a tiny chamber called a microwell, many of which are embedded in a thin slab of a material called polydimethylsiloxane. This sits on a microscope slide above a digital camera and is covered by a normal microscope slide coverslip. The microwells can be repeatedly opened and then resealed to add each base in series. Since it can be sealed, it keeps each individual reaction well contained, which solves the problem of localizing the light signal if a base is incorporated and pyrophosphate released, which the camera detects. The slide is then opened, washed and the process repeats with the next base. Since each reaction chamber is sealed until it's washed, any fluorescence is localized to that chamber, so each microwell need not be continually monitored. And since only one color needs to be detected, the digital imaging detection doesn't have to be as complex or expensive as one that can detect four colors. Unlike Life Technologies' Ion Torrent, Dr. Xie's technique is not yet commercially available.

NHGRI's technology development program has encouraged researchers to develop and test many different ways to sequence DNA. In addition to the approaches described above, other methods being explored include using electron microscopes and heavy metal ions to "see' the DNA, as well as nanopores that register different electric currents depending which nucleotide passes through them. Each different method of sequencing will have its own strengths and weaknesses, but there are also many different applications for DNA sequencing, so this is definitely a case of the more the merrier.