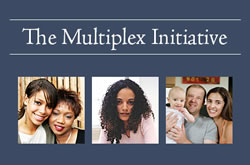 Bethesda, Md., Thurs., May 17, 2012 — People have increasing opportunities to participate in genetic testing that can indicate their range of risk for developing a disease. Receiving these results does not appreciably drive up or diminish test recipients' demand for potentially costly follow-up health services, according to a study performed by researchers at the National Institutes of Health and colleagues at other institutions.

The study in the May 17, 2012 early online issue of Genetics in Medicine was done by investigators with the Multiplex Initiative, a multi-center collaborative initiative involving investigators from the National Institutes of Health's Intramural Research Program, Group Health Cooperative in Seattle, and the Henry Ford Health System in Detroit.

The tests are available from a growing number of commercial producers, and health care providers have been uncertain whether people who received information only about risk would follow up by demanding diagnostic testing to monitor for predicted illnesses.

The study is the first to use electronic health records — rather than self-reported behavior — to measure the impact of genetic testing on the subsequent consumption of health services by commercially insured, healthy adults. Self reports, which can be affected by memory lapses and other problems, tend to be less accurate.

"We need to understand the impact of genomic discoveries on the health care system if these powerful technologies are going to improve human health," said Dan Kastner, M.D., Ph.D., scientific director and head of the National Human Genome Research Institute's (NHGRI) Division of Intramural Research. "We are still learning how to integrate new genomic discoveries into clinical care effectively and efficiently."

"There are a lot of unanswered questions about how genetic test results can be used to guide people towards making positive lifestyle and health behavior changes," said Colleen McBride, Ph.D., chief of NHGRI's Social and Behavioral Research Branch. "This study goes a long way towards bringing data to these debates and shows that people are not likely to make inappropriate demands of health delivery systems if they are properly informed about the limitations of genetic tests."

Genetic tests, such as those used in this study, can detect common variants of genes associated with modest alterations in the chances of developing particular diseases. The term multiplex refers to simultaneously performing multiple genetic tests on a single blood sample.

The study included 217 healthy people between the ages of 25 and 40 who elected to participate in genetic susceptibility testing offered by their health plan. The researchers analyzed health care usage by the participants in the 12 months before genetic testing and the 12 months following the testing. They also compared the test group's behavior with a group of about 400 similar plan members who declined the testing offer.

The researchers counted the number of physician visits and laboratory tests or procedures the people received, particularly those services associated with four of the eight conditions tested by the multiplex panel. Most of the procedures or screening tests that were counted are not among those currently recommended for people in this age group who don't have symptoms. The researchers found that participants in genetic testing did not change their overall use of health care services compared with those not tested.

All of the individuals who elected to undergo the multiplex test carried at least one at-risk genetic marker, with the majority carrying an average of nine at-risk variants. The tests performed for the Multiplex Initiative include a set of genetic variants reliably associated with an increase in disease risk and for which some corrective health behavior has been shown to prevent illness.

Having a risk version of one of the 15 genes on the multiplex genetic test does not mean that a person is certain to get the condition — only that he or she might have a slightly greater chance of developing the health condition, explained Dr. McBride. There are many things other than genetics that contribute to the risk of common diseases, including lifestyle factors such as diet, exercise, smoking and sun exposure.

The Multiplex Initiative was launched in May 2007 by the NHGRI Division of Intramural Research and the National Cancer Institute, both at NIH, along with Group Health Cooperative in Seattle and the Henry Ford Health System in Detroit. For the first two years of the study, the investigators accumulated data from 2,000 Detroit area residents who were offered a multiplex genetic test for eight common conditions.

Once enrolled, participants were asked to review information online about the multiplex genetic test and to decide whether they were interested in taking the test. Those who agreed to genetic testing met with a research educator, who provided more information about the risks and benefits of testing, and obtained the patient's written consent. Test results were mailed to participants. Trained research educators called the participants to help them interpret and understand their results. The study also included follow-up interviews with participants three months after they received their results.

For more information about the Multiplex Initiative, go to multiplex.nih.gov.

NHGRI is one of the 27 institutes and centers at the National Institutes of Health, an agency of the Department of Health and Human Services. The NHGRI Division of Intramural Research develops and implements technology to understand, diagnose and treat genomic and genetic diseases. Additional information about NHGRI can be found at its website, www.genome.gov.