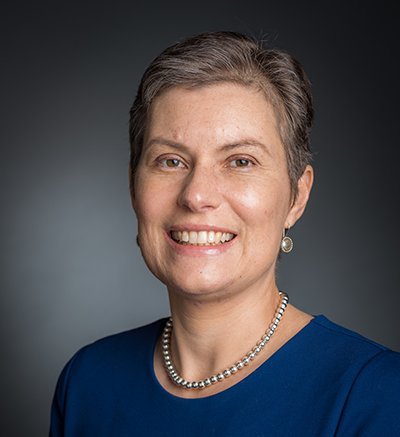 Katherine A. Janeway, M.D., MMSc, is a senior attending physician in pediatric hematology-oncology at the Dana-Farber Cancer Institute/Boston Children's Cancer and Blood Disorders Center, and an assistant professor of pediatrics at the Harvard Medical School.  Her primary areas of research focus are: 1) understanding the application of cancer genomics to the pediatric oncology clinic and 2) identifying central oncogenic mechanisms, novel drug targets and new therapeutics for pediatric sarcomas - specifically gastrointestinal stromal tumor (GIST) and osteosarcoma - diseases in pediatric oncology particularly in need of scientific and clinical advances.

Dr. Janeway is the clinical director of the Solid Tumor Program for the Dana Farber-Boston/Children's Cancer and Blood Disorders Center, and is responsible for programmatic initiatives that allow the best standard and clinical trial options for patients with solid tumors. As vice chair of the Children's Oncology Group Bone Tumor Committee, she is involved in setting the clinical research agenda, and guiding protocol development for collaborative studies in the childhood bone tumors Ewing sarcoma and osteosarcoma. She sits on national and local committees charged with bringing the power of genomic characterization to patient care.

Dr. Janeway also leads the GAIN Consortium, a clinical sequencing consortium running a cohort study in pediatric solid tumors and is the co-chair of the Target and Agent Prioritization Committee for the National Cancer Institute Pediatric MATCH study. She is the chair elect of the ASCO Cancer Research Committee and is on the TAPUR Study Steering Committee.

Dr. Janeway received her M.D. from the Harvard Medical School in 2000 and a Master of Medical Science degree from the Harvard Medical School in 2008.  She completed her residency in pediatrics at Boston Children's Hospital, where she later served as chief resident.  Dr. Janeway then completed her fellowship in pediatric hematology-oncology at the Dana-Farber Cancer Institute/Boston Children's Hospital, where she joined the staff in 2007.

About the Jeffrey M. Trent Lectureship in Cancer Research 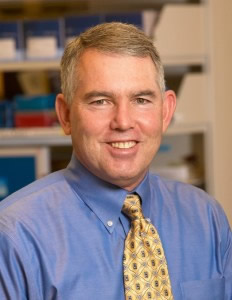 Jeffrey M. Trent, Ph.D., F.A.C.M.G, was the National Human Genome Research Institute's (NHGRI) founding scientific director, serving in this role for more than nine years. His leadership and vision were instrumental in establishing NHGRI's Division of Intramural Research as one of the premier research programs in the world devoted to genetics and genomics. In recognition of his significant contributions to the research environment at the National Institutes of Health (NIH), NHGRI established the annual Jeffrey M. Trent Lecture in Cancer Research in 2003. This lecture is given by a prominent cancer researcher who brings the kind of energy, creativity and enthusiasm to cancer research that Dr. Trent has exemplified throughout his career.

Dr. Trent received his undergraduate degree from Indiana University, Bloomington, and his M.S. and Ph.D. degrees in genetics from the University of Arizona, Tucson. Prior to joining NHGRI, he was the Emanuel N. Maisel Professor of Oncology and Professor of Radiation Oncology and Human Genetics at the University of Michigan, Ann Arbor. He also served as director of the Division of Cancer Biology, and director of basic sciences at the University of Michigan Comprehensive Cancer Center. In 1993, Dr. Trent came to NIH with Dr. Francis Collins to establish and direct its newly formed Division of Intramural Research. Following his departure from NHGRI, Dr. Trent became the founding president and research director of the Translational Genomics Research Institute (TGen) in Phoenix.

Dr. Trent's research has provided important insights into the genetic basis of cancer. He is the author of more than 350 manuscripts in the scientific literature, numerous book chapters, invited reviews, and has given hundreds of invited lectures. He has received numerous honors and awards, and has sat on the editorial boards of a dozen scientific publications. He specializes in developing and integrating novel "omic" technologies, in support of clinical decision support in oncology patients.