The Genomics Landscape: The GTEx Project: Its Legacy Lives On 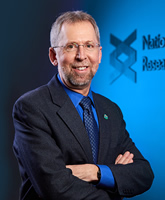 As the Washington, D.C. area transitions from the heat of summer into the cooler Autumn months, there was an exciting transition for the NHGRI-Smithsonian Genome: Unlocking Life's Code exhibition. The exhibition has gone international - its North American tour took it to Canada at the end of September. In fact, I was just at Science North in Sudbury, Ontario to participate in a public symposium associated with the exhibition's international debut.

This month's The Genomics Landscape features stories about:

The GTEx Project: Its Legacy Lives On

The Genotype-Tissue Expression (GTEx) Project may be officially complete, but its legacy certainly lives on given its success. GTEx's goal was to explore how variation in our genomes influence the expression of genes in different tissues.

In fitting with NIH's role in establishing resources for the scientific community, this high-achieving project met its lofty goal by accomplishing - for the first time - a freely and publicly available atlas for studying human genomic variation and its relationship to gene expression. This atlas is stimulating research for understanding the genomic basis for complex diseases and healthy states.

GTEx was launched in September 2010, and funding for the Project ended in fiscal year 2017. It was supported by the NIH Common Fund and administered by NHGRI, the National Institute of Mental Health, and the National Cancer Institute. Although funded by NIH, GTEx would not have been possible without the generosity of the families choosing to contribute biospecimens after the death of their loved ones. Through these invaluable gifts, researchers involved in the GTEx Consortium collected data from over 900 people. This included information from more than 53 different tissue types obtained via autopsy, organ donations, and tissue-transplant programs.

Using the data generated from these biospecimens, researchers analyzed gene expression within individual tissues and identified correlations between gene expression and variation in the regions of the genome that regulate that expression, which are known as expression quantitative trait loci (eQTLs). The identification of a catalog of such eQTLs, recently reported in the journal Nature by the GTEx Consortium, provides a valuable resource for studying the mechanisms by which genes are regulated.

In addition to generating this atlas, GTEx also aimed to study the donor-consent process. This work sought to better understand how participating in the study might affect the attitudes, beliefs, and feelings of donors and the families of deceased donors.

Although the GTEx atlas is almost complete, and primary data analysis will soon be finished, research will continue through its biobank of tissue, DNA, and RNA samples, which is housed at the Broad Institute and can be accessed by research teams around the world. The project also created a database that allows users to view and download GTEx summary data through the GTEx Portal, and individual-level data types can be accessed in NIH's database of Genotypes and Phenotypes (dbGaP).

One hallmark of GTEx was its annual community meetings. Open to the scientific community, these meetings showcased a melting pot of ideas for using GTEx data in biomedical research. The GTEx Consortium held its final meeting on June 28, 2017 in Rockville, Maryland to highlight the final dataset, the tools and methods developed to analyze these data, and the wide range of insights gained to date from using the data.

NIH continues to capitalize on the vast knowledgebase that has been created by GTEx. For example, plans to extend this resource through the Enhancing GTEx (eGTEx) Project have been underway since 2013. eGTEx combines gene-expression studies with additional measurements (e.g., protein expression), which are being conducted on the same tissue samples as in GTEx. These additional data will provide a more complete reference about functional consequences of genomic differences, giving researchers a more detailed picture of how the genome contributes to human health and disease.

More from The Genomics Landscape:

Setting expectations for how genomic data are shared among researchers is important for sustaining public trust in the research enterprise and for maximizing the public benefit achieved through federal funding of research. The NIH Genomic Data Sharing (GDS) Policy provides a framework for the responsible sharing of genomic data generated from federally-funded research. NIH is updating how a specific type of research output, known as genomic summary results, can be accessed by researchers. NIH is proposing to make most genomic summary results more easily accessible. The relevant background and proposed changes can be found here, and NIH is requesting comments from the scientific community and the public regarding the modifications. Responses to the Request for Comment will be accepted until October 20, 2017.

Under NHGRI's leadership, NIH and the American College of Medical Genetics and Genomics (ACMG) recently established a fellowship in Genomic Medicine Program Management - a two-year opportunity for qualified physicians to acquire experience for leading genomic medicine research and implementation programs at the NIH, major medical centers, and other organizations. The goal of the program is to increase the pool of physicians who can manage research and implementation programs in genomic medicine. The first fellow, Jennifer Krupp, M.D., started in September. Qualified applicants must have graduated from medical or osteopathic school, be U.S. citizens, and be licensed to practice medicine in the United States. Applications for fellows wishing to start in the program in the Summer 2018 are due by December 1; additional details can be found here.

There are upcoming changes to the policies that guide the stewardship of NIH-funded clinical trials. Specifically, there will be a number of new expectations for clinical trials that come into effect for applications due on or after January 25, 2018. These changes are part of an ongoing effort to improve transparency and oversight of NIH-funded clinical trials that began in 2014, when NIH first clarified and broadened how it defines a clinical trial. NIH has developed a new Clinical Trial Requirements web page to provide the information that investigators need to be in compliance with the new policies. The web page includes case studies, Frequently Asked Questions, and an interactive tool for determining whether a study meets the definition of a clinical trial.

Based on language included in the 21st Century Cures Act and the need to provide consistent and robust privacy protection for research participants, NIH recently released a new Certificates of Confidentiality Policy. The new policy requires that Certificates of Confidentiality (or CoCs) are issued to institutions where a relevant human subjects research study is conducted. The new policy also prohibits researchers from disclosing names or other identifying characteristics of research subjects in response to legal demands (e.g. a subpoena). Previously, NIH issued CoCs to cover studies collecting sensitive data about research subjects upon request from researchers; however, as of October 1, 2017, NIH-funded researchers are automatically issued a CoC for research covered by the policy. Compliance with the requirements of the law will become a term and condition of award for grant recipients collecting these types of data. More information on the new policy can be found here.

In September, Jim Ostell, Ph.D., was appointed the new Director of the National Center for Biotechnology Information (NCBI), a part of the National Library of Medicine. Dr. Ostell has been with NCBI since its inception in 1988. Prior to his appointment as NCBI Director, he served as Chief of the NCBI Information Engineering Branch, where he was responsible for designing, developing, building, and deploying NCBI's production resources. NCBI supports and maintains biomedical databases and computing tools to better understand genes and their role in health and disease. NHGRI and NCBI interact in numerous ways related to the storage and analysis of genomic data.

Spotlight on the All of Us Research Program

Expanding Our View of the Human Microbiome

The Gene Doctors on PBS

Past editions of The Genomics Landscape

To receive email updates, sign up for The Genomics Landscape Listserv.

To suggest future topics, please send an e-mail to NHGRILANDSCAPE@MAIL.NIH.GOV