Synthetic biology is a field of science that involves redesigning organisms for useful purposes by engineering them to have new abilities. Synthetic biology researchers and companies around the world are harnessing the power of nature to solve problems in medicine, manufacturing and agriculture.

What can synthetic biology do?

Redesigning organisms so that they produce a substance, such as a medicine or fuel, or gain a new ability, such as sensing something in the environment, are common goals of synthetic biology projects. Some examples of what scientists are producing with synthetic biology are:

What is the difference between synthetic biology and genome editing?

In some ways, synthetic biology is similar to another approach called "genome editing" because both involve changing an organism's genetic code; however, some people draw a distinction between these two approaches based on how that change is made. In synthetic biology, scientists typically stitch together long stretches of DNA and insert them into an organism's genome. These synthesized pieces of DNA could be genes that are found in other organisms or they could be entirely novel. In genome editing, scientists typically use tools to make smaller changes to the organism's own DNA. Genome editing tools can also be used to delete or add small stretches of DNA in the genome. 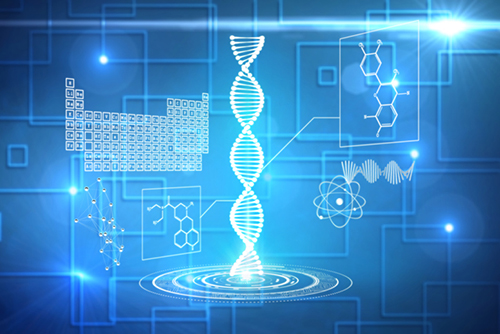 Can you synthesize an organism's entire genome?

Can researchers synthesize an organism's entire genome? The answer to this question is yes, and it has already been done. In 2002, scientists in the United States synthesized a viral genome for the first time. Viral genomes are much smaller compared to the genomes of most bacteria and microorganisms. Scientists showed that it was possible to create the polio virus from scratch and brought attention to the risk that synthetic biology could be used to develop biological weapons. While this group of researchers did not intend to cause harm with their research, their work understandably raised concerns that bad actors might use synthetic biology for malicious purposes. Please see the "What are the ethical and social implications?" section of this resource to learn about the federal regulations in place to regulate so-called "dual use research of concern", or research that could be directly misapplied to pose a significant threat to public health and safety, agricultural crops and other plants, animals, the environment, or national security.

The first synthetic bacterial genome was completed in 2008 with the synthesis of the genome of Mycoplasm genitalium, a bacterium that can cause urinary and genital tract infections in humans. In 2017, another group of scientists partially synthesized the genome of Saccharomyces cerevisiae, the yeast that is used to make bread and brew wine and beer.

Today, researchers are continuing to push the limits of existing DNA-synthesis technology to help understand how genomes work. One group of researchers, called the "Genome Project-Write" (GP-Write)", is seeking to synthesize, or "write" whole genomes from human cell lines and the genomes of other plants and animals important to agriculture and public health. The name of their project is a play on the Human Genome Project (HGP). In 2003, scientists working on the HGP sequenced, or "read", the more than 3 billion DNA letters, or base pairs, that make up the human genome. One of the leading motivations for GP-Write is to stimulate innovation in DNA synthesis technologies through the proposed research. Importantly, the research in GP-Write involving human genomes will occur only in cells and no human embryos will be used in this research.

What are the ethical and social implications?

Projects that propose to synthesize entire genomes raise important ethical questions about potential harms and benefits to society. Many of the ethical questions relevant to synthetic biology are similar to ethical discussions related to genome editing. Are humans crossing moral boundaries by redesigning organisms with synthetic biology techniques? If synthetic biology yields new treatments and cures for diseases, who in our society will have access to them? What are the environmental impacts of introducing modified organisms into the ecosystem? Such ethical questions have been the subject of research since the beginning of the HGP and will continue to be researched as technology evolves and changes. Most scientists, ethicists and policymakers agree that entire societies must discuss and weigh the potential harms and benefits of synthetic biology in order to answer these questions. Leading voices in bioethics, including the Presidential Commission for the Study of Bioethical Issues and the National Academies of Sciences, Engineering and Medicine, have expressed the importance of public engagement and dialogue in the governance of emerging synthetic biology and genome editing technologies.

As the synthesis of the polio virus demonstrates, there are also biosecurity concerns related to synthetic biology. The US government's Federal Select Agents Program regulates the possession of high-risk infectious agents like polio for research and other purposes. Additionally, federally-funded research, such as research supported by the National Institutes of Health (NIH) that involves high-risk infectious agents, is subject to additional oversight and risk management as laid out by the Dual Use Research of Concern (DURC)policy. For more information about the biosecurity policies that NIH has in place, please visit this website. More broadly, the federal government has a policy in place, called the Coordinated Framework for Regulation of Biotechnology, to oversee the introduction of synthetic biology products into the market.

For additional resources about the ethics, governance and societal implications of synthetic biology, please refer to the following websites and publications:

Resources Related to the Ethical and Social Implications of Synthetic Biology: