We are learning how our genomes serve as blueprints for life. 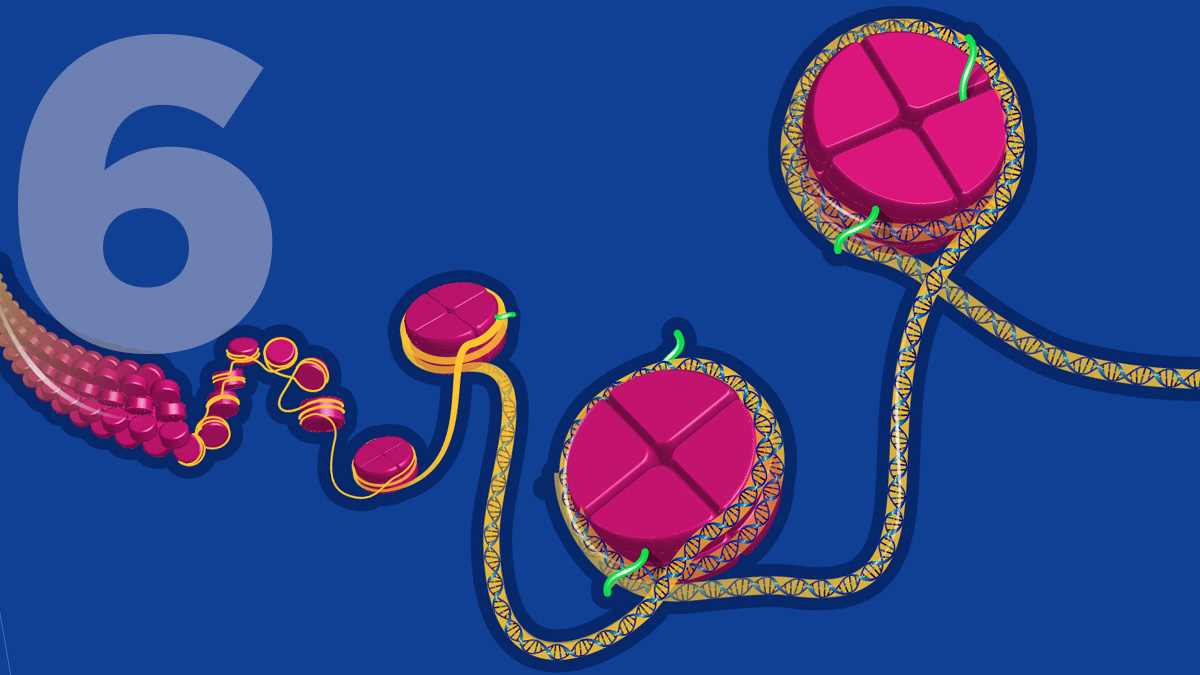 Did you know that just knowing the genome sequence of an organism only reveals part of the story - and that it is also important to determine how that organism interprets its genome and uses that information to build and operate itself accordingly? Less than 2 percent of the human genome corresponds to "genes," but we know other parts are important for regulating and translating the genome as well as responding to environmental influences. Even still, the job of large parts of the genome remains a bit of a mystery!

When scientists started the Human Genome Project, they didn't even know how many genes were in the human genome. It then came as a big surprise to learn that human beings only require roughly 20,000 genes! Those 20,000 or so genes are encoded by less than 2 percent of our genome. What is the rest of it doing? And how does each cell read and interpret its genome?

How Your Cells Use the Genome

Although it's appealing to think of the genome sequence as the "book of life" for an organism - one that contains all of the biological instructions to develop and operate that organism - we now know that the DNA bases are only the starting point.

It can be useful to think of a genome and how it works by a set of maps. Some maps are very simple; they may represent basic information such as the locations and intersections of roads. Such a simple map would be like the sequence of a genome: it would reflect the structure of the road, but would not give information about how it's used. As genomic technology improved, more complicated maps could be developed, adding many features and layers of information to a simple genome map. For instance, we learned that the basic sequence of a genome has stop signs and start signs added to it, just like roads do, and that these additions direct the "traffic" of proteins that bind to DNA and allow the cell use the genome. Other technologies also became available to map traffic patterns, revealing the presence of high- versus low-traffic area. In a genome, a high-traffic area might be a place where many genes are turned on by proteins binding to the DNA. These areas call for multiple layers of regulation, just like in a city where you might have high-rise buildings on top of a busy street with a subway underneath. In low-traffic areas, a genome can have deserts of hundreds of thousands of bases with no genes, with little sign of proteins binding the DNA. In the 15 years since the completion of the Human Genome Project, scientists have developed better and better methods for constructing three-dimensional "satellite" maps of genomes, where we can see what proteins bind to what DNA sequences in a single cell and at a specific time. It is the different patterns of "on" and "off" genes that helps produce the different types of cells that makes you, you.

Some of the stop and start signals that direct our cells to translate the map of our genomes are called "epigenomic modifications." Epigenomic modifications are often chemical groups that are added or subtracted from DNA bases or proteins that bind to DNA that change the way genes are read. Such modifications can be passed on as cells divide, even though they are not strictly changes in the DNA itself. One of these epigenomic modifications is called methylation. As a human is developing, some early cells start to become brain cells. Specific small chemicals (called methyl groups) are added onto the DNA in front of genes that won't be needed for brain cells. Here, the methyl groups act like stop signs: in all future brain cells, the methyl groups will make sure the genes that aren't needed stay turned off. This and other cellular tools in your cells are how the body makes sure its roughly 20,000 genes are used correctly by each cell type. Did you know that your cells were so smart?

Although methyl groups are not changes in the sequence of the DNA bases, epigenomic modifications like these can act like mutations by directing if the bases are read or not.. For example, in cancer cells, methyl groups are often inappropriately added at specific places in the genome. Now the cells grow out of control because the "stop" signs have been added in front of genes that would keep the cell in check. Some cancer therapies are drugs designed to stop these methyl groups from being added where they should not be, like the medicine azacitidine which is used in some blood cancers.

How Epigenomics Affects You

In the last 15 years, we have learned how the environment influences how the genome works through epigenomics. Here's one example: in the winter of 1944-1945, Germany had blocked the food supply to the Netherlands, and the population suffered a terrible famine. The effects of the "Dutch Hunger Winter" could be seen in the children born from women who were pregnant during the famine. The babies from mothers who were malnourished only in the beginning of their pregnancy, but then had normal levels of food later, had a greater frequency of obesity throughout their lifetimes; they also had higher risks of chronic diseases like diabetes when compared to their siblings who were born before or after the famine. In a striking finding, the children of these babies were also found to have higher risks for the same chronic diseases. So it seemed like something could be passed down through generations, but not changes to the DNA sequence itself. Sure enough, research has shown that the methylation patterns in the DNA were altered in these children, and the altered patterns were inherited by their own children, changing their health outcomes.

We know that diet directly affects methylation because nutrients in our food provide the methyl groups themselves. This means that the diet of either parent can affect their children and grandchildren. But it's not just diet - there is strong evidence shows that smoking can change methylation patterns as well. Epigenomic patterns can also be altered by drinking alcohol during pregnancy, leading in extreme cases to fetal alcohol syndrome. While not everything is controlled through epigenomics, these modifications to our DNA play a central role in how the genome carries out its work. But they aren't the only controls we've learned about through the Human Genome Project.

What the Rest Of the Genome Does

If only 2 percent of the genome's bases are used to encode proteins, what is the other 98 percent doing? Some of the genome's bases help determine its structure. There are areas like the telomeres, the ends of each chromosome, that are very important. Just like the caps on the end of your shoelaces, telomeres keep the ends of your chromosomes from fraying. Some of the other parts of your genome position the genes in the right places to be read by the cell's machinery. So, although those bases might not encode proteins, the genome cannot function without their presence.

dark matter" or "junk DNA," we are learning that the 98 percent has all kinds of important roles. Some parts called "ultraconserved elements" have kept the exact same sequence for millions of years in mammals, even though they don't contain genes. Why would that be? Recent studies suggest that deleting these elements causes brain changes and could lead to some neurological diseases like Alzheimer disease, although we are still learning why.

Here's another fact that might be a little creepy: up to 45 percent of your genome is actually leftover DNA from viruses that infected mammals over millions of years. We haven't yet worked out what much of that old viral DNA is doing, but we know it's contributed to at least one very important mammalian trait: exchanging nutrients between mother and baby through the placenta. The rest of the genome includes regulatory elements, including areas that influence genes to be expressed at the same time in response to the environment; transcribed sequences that the cell reads but does not use for making protein; and material which acts as a hotspot for your chromosomes to exchange information with each other.

If you'd like to know more about epigenomics/epigenetics, you can explore the resources at the University of Utah's Learn.Genetics site on Epigenetics. The National Institutes of Health also have many resources through the ENCODE or Encyclopedia of DNA Elements project or the Epigenomics Roadmap. You can also browse additional data on how the genome is organized and used at the University of California Santa Cruz Genome Browser.