Genomics is advancing the study of individual and communities of microbes. 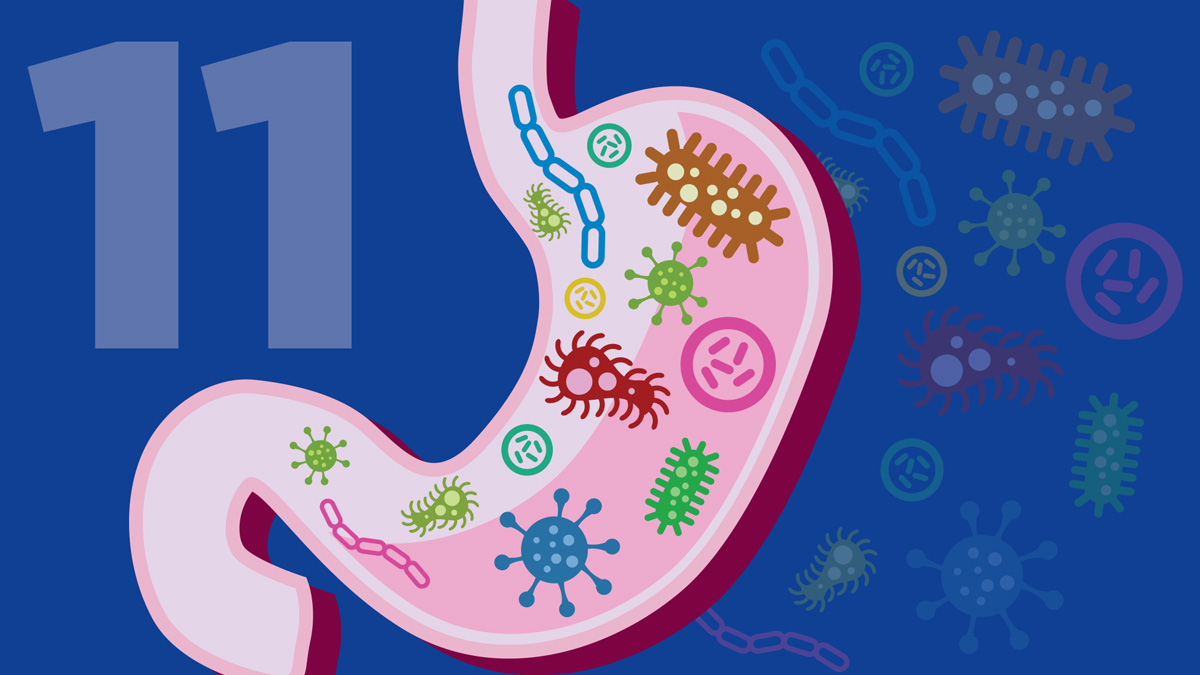 Did you know that your body contains many more microbes (including bacteria and viruses) than human cells? And, even though some microbes can cause dangerous infections, you can't live without others? Viral and bacterial genomes might be small, but they are packed with information and some surprises about evolution and human health.

When you think of bacteria or viruses, what comes to mind? If you've been sick recently, you might not have good thoughts about them.

In 2018, infections from the influenza virus have been particularly rough. A big difference between 2018 and 15 years ago when the Human Genome Project was completed, is that genomics is now used routinely to track influenza virus infections, in real time, as the virus spreads across the country. These data are used to help design the vaccine used for our annual "flu shot." Even so, just one mutation in the virus's genome can make a big difference in the severity of someone's infection. Beyond influenza, the most advanced genomics technologies are being used to track infections caused by the Ebola and Zika viruses as they spread and mutate.

You may have also heard of situations where the overuse of antibiotics in both the medical and agricultural fields has contributed to bacteria becoming resistant to antibiotics, because with more exposure, bacteria that spontaneously develop resistance survive and reproduce more in this new environment, spreading this trait to the next generation. Now that we can track various microbes' genome sequences very accurately, we can see that antibiotic resistance most often happens when bacteria trade their DNA back and forth transferring the resistance trait. DNA sequencing of many, many bacterial species has now shown us that there has been rampant transfer of genes throughout history from early species of bacteria to those in existence today. These findings should make people think about the overuse of antibiotics in our world, since in the most extreme cases of infection with antibiotic-resistant bacteria can lead to serious illness and even death.

Microbes Make You Who You Are

Besides the microbes that make you ill, there are also "good" microbes. We contain multitudes of microbes (bacteria, yeast, and viruses), called our "microbiome." We would not be able to properly digest food without them living in our gut, or to have a working immune system without regular exposure to these microbes. However, things can also go wrong with your gut microbiome, such as when infection with the bacterium H. pylori leads to ulcers - this discovery led to the Nobel Prize in 2005. But, for the most part, our gut bacteria are huge helpers; they even train our own immune systems on what is "good" and what is "bad" in the microbial world. In another story related to our microbiome, we acquire millions of microbes from our mother at birth, including ones that live in our throats and quickly spread to keep out other, more harmful species. Genome sequencing has shown us how diverse our microbial communities are, and we will learn even more as the NIH's Human Microbiome Project finishes its work in 2018.

We Can Engineer New Microbes

Now that we have learned so much about microbial genomics, what else can we do? The field of synthetic biology has emerged directly from advances in DNA sequencing technologies, allowing for the design and construction of new biological systems. Teams from around the world are manipulating microbial genomes for applications in energy production and medicine. There is even the International Genetically Engineered Machine Competition (or iGEM) in which thousands of students compete each year to build new systems using standard parts called BioBricks. In 2016, a winning high school team from Taiwan constructed a new strain of E. coli, a famous bacterium that lives in your gut, that can detect levels of poisonous metals in Chinese medicines.

If you want to learn more about your gut microbiome, you can check out the American Gut Project, or contribute to science by playing ColonyB - a citizen science game to analyze microbiome data! You can also see how beautiful bacteria can be in the American Society for Microbiology's Agar Art Project, and even make your own entry. Or, you can check out previous iGEM winners and start preparing your own genetically engineered machine!