DNA is the chemical name for the molecule that carries genetic instructions in all living things. The DNA molecule consists of two strands that wind around one another to form a shape known as a double helix. Each strand has a backbone made of alternating sugar (deoxyribose) and phosphate groups. Attached to each sugar is one of four bases--adenine (A), cytosine (C), guanine (G), and thymine (T). The two strands are held together by bonds between the bases; adenine bonds with thymine, and cytosine bonds with guanine. The sequence of the bases along the backbones serves as instructions for assembling protein and RNA molecules. 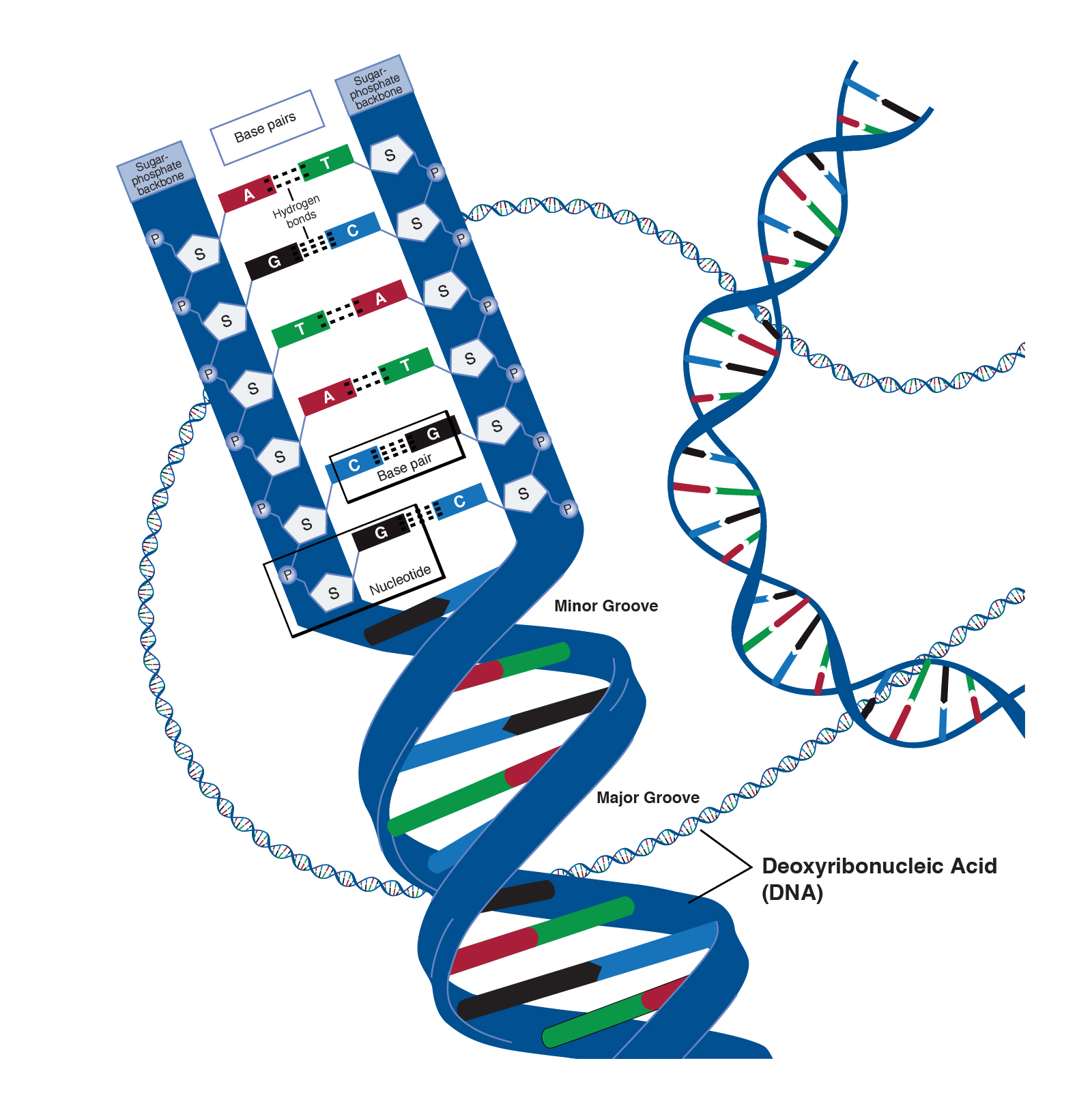 DNA, or deoxyribonucleic acid, is the central information storage system of most animals and plants, and even some viruses. The name comes from its structure, which is a sugar and phosphate backbone which have bases sticking out from it--so-called bases. So that "deoxyribo" refers to the sugar and the nucleic acid refers to the phosphate and the bases. The bases go by the names of adenine, cytosine, thymine, and guanine, otherwise known as A, C, T, and G. DNA is a remarkably simple structure. It's a polymer of four bases--A, C, T, and G--but it allows enormous complexity to be encoded by the pattern of those bases, one after another. DNA is organized structurally into chromosomes and then wound around nucleosomes as part of those chromosomes. Functionally, it's organized into genes, of which are pieces of DNA, which lead to observable traits. And those traits come not from the DNA itself, but actually from the RNA that is made from the DNA, or most commonly of proteins that are made from the RNA which is made from the DNA. So the central dogma, so-called of molecular biology, is that genes, which are made of DNA, are made into messenger RNAs, which are then made into proteins. But for the most part, the observable traits of eye color or height or one thing or another of individuals come from individual proteins. Sometimes, we're learning in the last few years, actually, they come from RNAs themselves without being made into proteins--things like micro RNAs. But those still are relatively the exception for accounting for traits.