Fraternal twins are also dizygotic twins. They result from the fertilization of two separate eggs during the same pregnancy. Fraternal twins may be of the same or different sexes. They share half of their genes just like any other siblings. In contrast, twins that result from the fertilization of a single egg that then splits in two are called monozygotic, or identical, twins. Identical twins share all of their genes and are always the same sex. 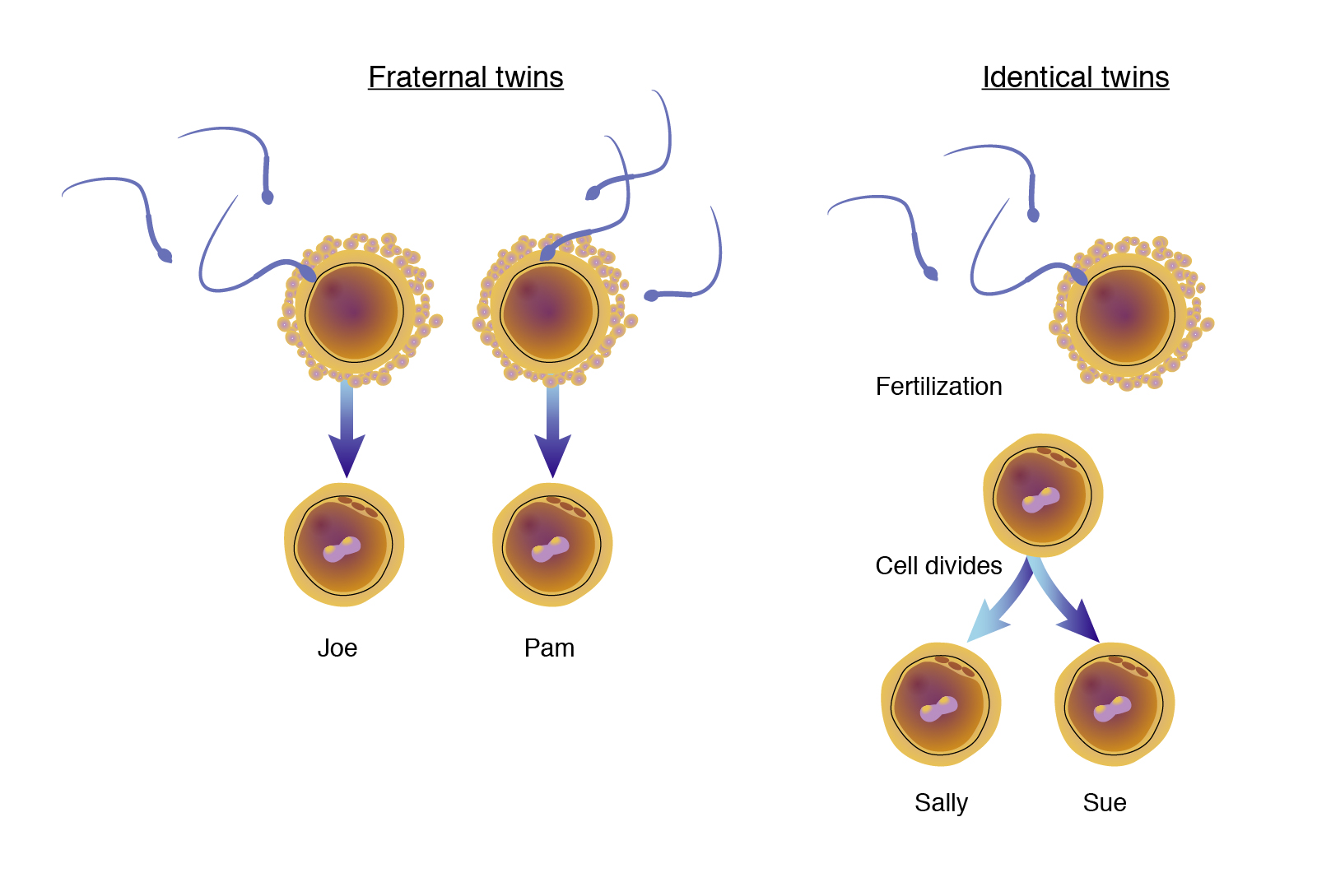 Fraternal twins are also called dizygotic twins. And the difference between fraternal and identical twins is that fraternal twins derive from two different eggs. Fraternal twins may be the same gender, they may have many of the same characteristics, but also may be very different from each other and, in fact, share half of their genes just like their sisters and brothers. It's important to recognize that the difference between fraternal twins and monozygotic, or identical twins, is that monozygotic twins result from the fertilization of a single egg with a single sperm and then during the embryonic development, or during the cell splits, those massive eggs split into two individuals, which later develop into two offspring.