A nucleus is a membrane-bound organelle that contains the cell's chromosomes. Pores in the nuclear membrane allow for the passage of molecules in and out of the nucleus. 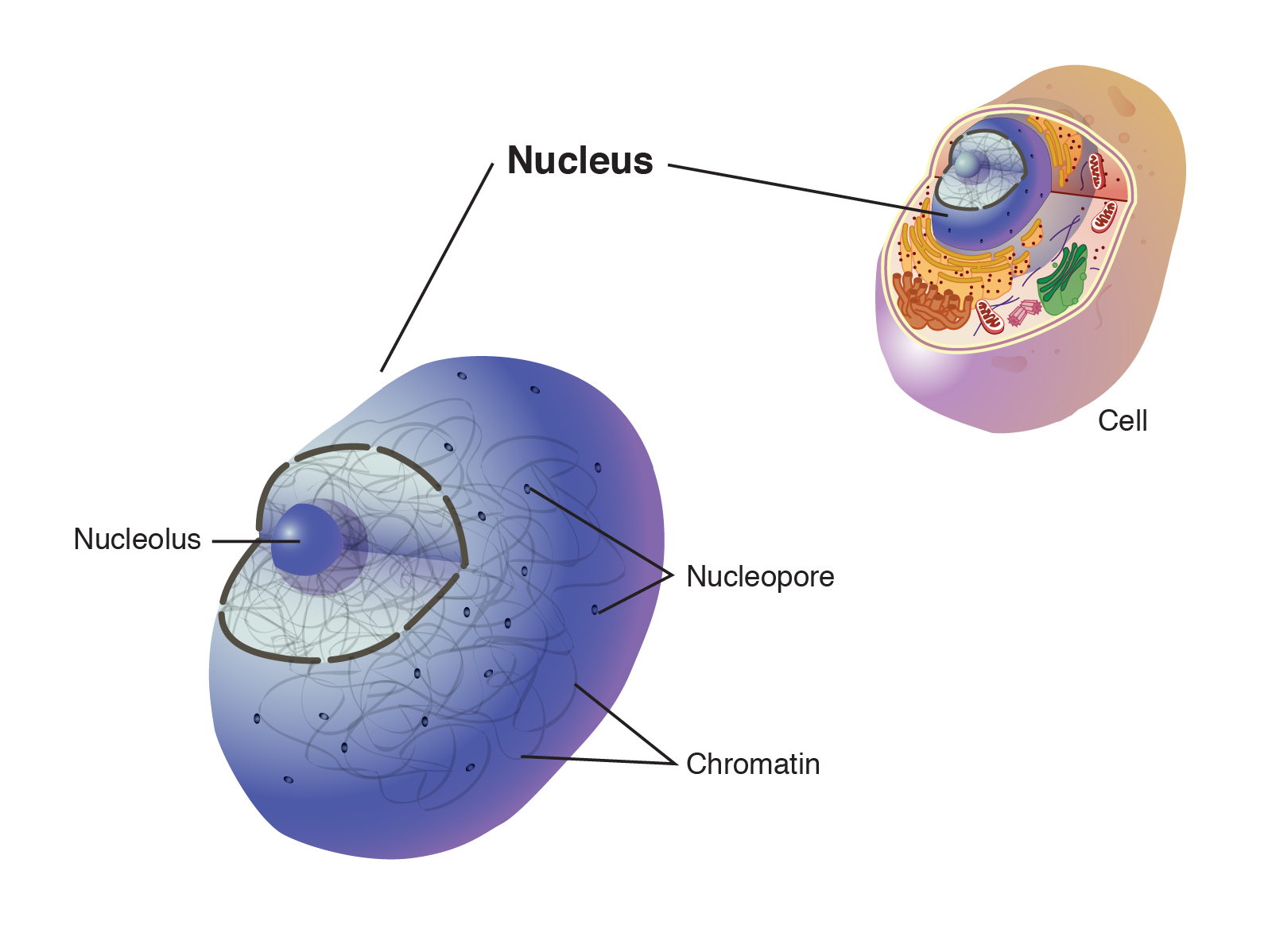