Translation is the process of translating the sequence of a messenger RNA (mRNA) molecule to a sequence of amino acids during protein synthesis. The genetic code describes the relationship between the sequence of base pairs in a gene and the corresponding amino acid sequence that it encodes. In the cell cytoplasm, the ribosome reads the sequence of the mRNA in groups of three bases to assemble the protein. 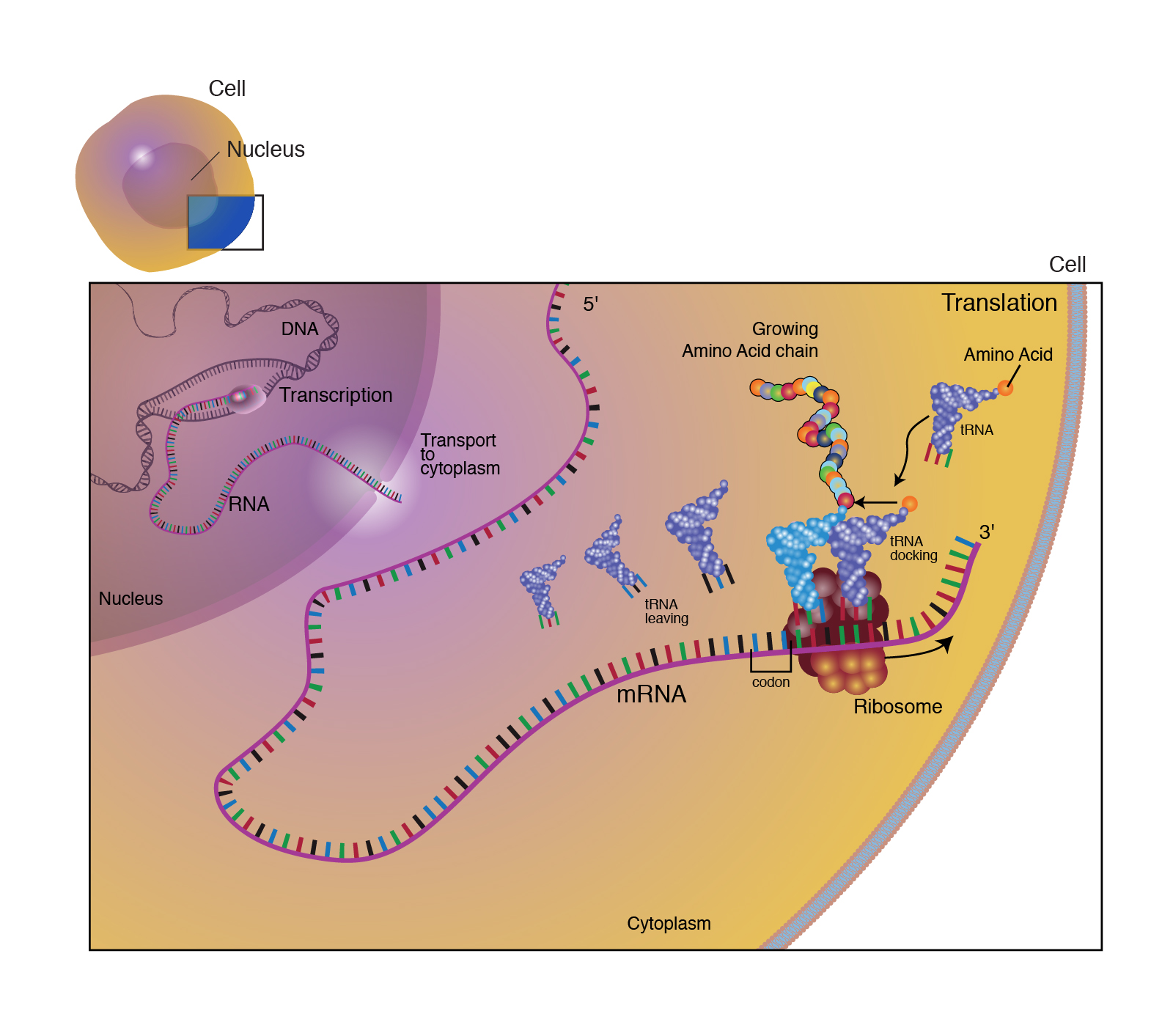 "Translation" literally means "to carry across"; that's what translation means. In this case, what is being carried across is information that originally was in the genome, enshrined in DNA, then gets transcribed into messenger RNA. And then that information is translated from the messenger RNA to a protein. So we're taking the same information, but it's going from one form to another; a nucleic acid code to an amino acid code in a protein. That translation is done not in individual letters. It's very much like the human language or any other language that, in this case, all the words are the same length. They're all three words long, and the reader in this case is something called a ribosome, which is this big, multi-subunit molecular machine that travels along the mRNA, and it reads much like a person reading Braille does. It reads along, detects what are these letters underneath it, and when it detects what those three letters are, it decides what the amino acid is supposed to be that it adds to the growing amino acid chain, polypeptide chain, to become a protein. Those mRNA letters are called a codon, and each codon codes for a different amino acid. And eventually those amino acids are all joined together to assemble a protein.