As the birthplace of modern humans, Africa is home to the greatest genomic variation in the world. An important limitation to the field of genomics has been the limited degree to which this variation has been sampled and evaluated.

A ground-breaking report published in Nature addresses this lack with a study of 426 African individuals, representing 50 ethnolinguistic groups. In addition to using these data to describe the genomic diversity within Africa with unprecedented breadth, the authors report more than 3 million variants that had not previously been described. Analyses uncovered 62 novel signals of natural selection on genes related to viral immunity, DNA repair, and metabolism. This paper also makes an important contribution to clinical genomics, with the finding that some variants annotated in a key data base, ClinVar, as “likely pathogenic” are common, providing evidence against their clinical significance. These data also provide insight into population history, including having the resolution to update our understanding of the likely path of the Bantu expansion, a migration of vast cultural and linguistic significance. Overall, this publication and the release of the accompanying data address knowledge gaps across genomics and are certain to have a continuing impact in the field. 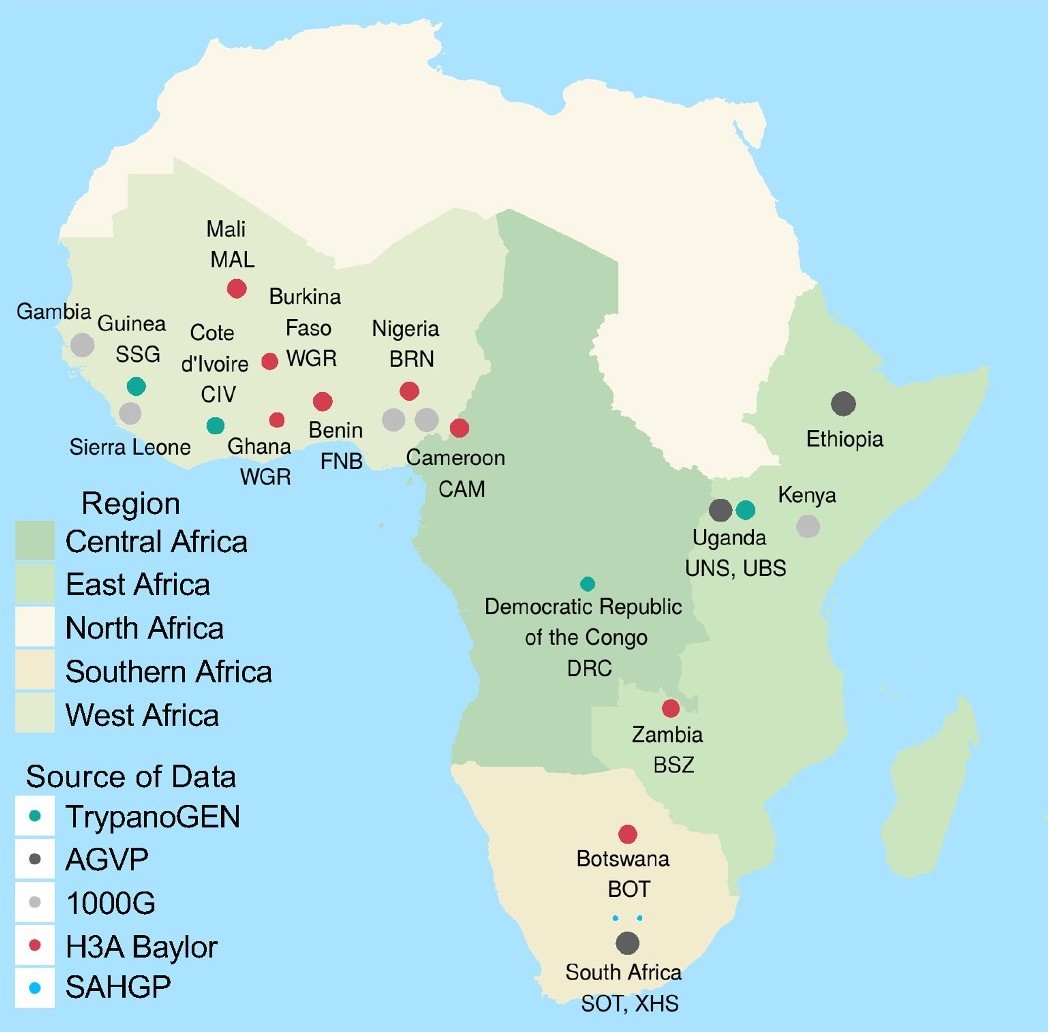 These analyses represent the collaboration of many researchers, including the TrypanoGEN Research Group and the H3Africa Consortium. Notably, African researchers and African institutions dominate this effort, a powerful characteristic given the troubling history of “parachute” research in Africa, in which research in Africa has been chiefly conducted by non-African researchers with little engagement or investment in Africa. As Dr. Adebowale Adeyemo, Center Deputy Director and corresponding author on this work explained, “The study is particularly meaningful because it was conducted primarily by African researchers working across multiple institutions and countries on the continent. It signifies the readiness of African scientists and institutions to make meaningful scientific contributions to genomic studies that will benefit Africans and all humanity.”