Investigators with The Cancer Genome Atlas (TCGA) Research Network have discovered genomic differences - with potentially important clinical implications - in head and neck cancers caused by infection with the human papillomavirus (HPV). HPV is the most common sexually transmitted virus in the United States, and the number of HPV-related head and neck cancers has been growing. Almost every sexually active person will acquire HPV at some point in their lives, according to the Centers for Disease Control and Prevention.

The study is the most comprehensive examination to date of genomic alterations in head and neck cancers. The results were published online Jan. 28, 2015 in the journal Nature. TCGA is jointly supported and managed by the National Cancer Institute (NCI) and the National Human Genome Research Institute (NHGRI), both parts of the National Institutes of Health. 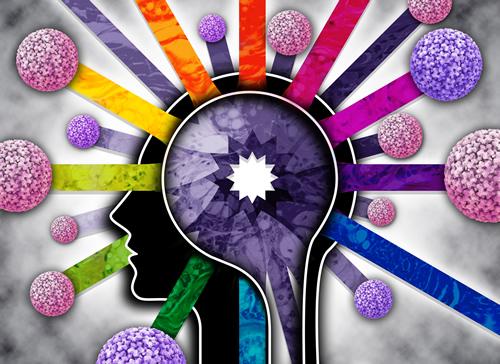 "The rapid increase in HPV-related head and neck cancers, noticeably in oropharyngeal tumors, has created an even greater sense of urgency in the field," said D. Neil Hayes, M.D., M.P.H, senior author of the study report and associate professor of medicine at the University of North Carolina (UNC) and the UNC Lineberger Comprehensive Cancer Center at Chapel Hill. Oropharyngeal cancer starts in the oropharynx, which is the part of the throat just behind the mouth. "We're uncovering differences between tumors with and without HPV infection, and these new data are allowing us to rethink how we approach head and neck cancers."

In the study, researchers performed genomic analyses on 279 tumors - head and neck squamous cell carcinomas (HNSCC) - from untreated patients. Approximately 80 percent of tumor samples were from individuals who smoked. The majority of samples were oral cavity cancers (61 percent) and larynx cancers (26 percent).

While only about 25 percent of head and neck cancers are linked to HPV infection, TCGA researchers confirmed that many patients with HPV-associated tumors have specific alterations of the gene FGFR3 and mutations in the PIK3CA gene, which are also found in a much broader set of mutations in smoking-related tumors. In contrast, while the EGFR (epidermal growth factor receptor) gene is frequently altered in HPV-negative tumors in smokers, it is rarely abnormal in HPV-positive tumors. Such insights may help in developing potential therapies and biomarkers, noted Dr. Hayes.

Head and neck cancers comprise a constellation of tumors of the mouth, throat, larynx, nasal cavity, salivary gland and elsewhere that have frequently been attributed to tobacco and alcohol use in most patients. Some 90 percent are squamous cell carcinomas, which occur in the surface layers of cells in the body. An estimated 55,000 people developed head and neck cancer in the United States in 2014. Approximately 12,000 Americans die from the diseases each year. Head and neck cancers are common worldwide, with more than 600,000 cases diagnosed each year.

Scientists found that more than 70 percent of head and neck cancers had alterations in genes for growth factor receptors (EGFR, FGFR, IGFR, MET, ERBB2, DDR2), signaling molecules (PIK3CA, HRAS) and cell division regulation (CCND1). These genes may play roles in pathways that control cell growth and proliferation, and for which therapies are either available or in development.

The investigators also discovered new clues about drug resistance in head and neck cancers. They found that genes affecting about 40 percent of such cancers form key parts of a pathway that helps determine cell survival and drug resistance. They showed that extra copies of the genes FADD and BIRC2, or mutations in or the absence of the CASP8 gene in smoking-related cancers - all which affect the process of programmed cell death - may underlie the resistance of cancer cells to current treatments. Similarly, the absence of the TRAF3 gene, or extra copies of a gene for the growth-promoting E2F1 protein in HPV-related cancers, may also increase resistance.

The findings showed similarities between head and neck cancer genomes and other cancers, including squamous cell lung and cervical, indicating possible common paths of cancer development, and potential treatment opportunities. "It is surprising to see that head and neck tumor genomes are remarkably similar to cervical and squamous lung cancer genomes. They are from very different organs, but they show similar losses and gains of genetic material across tumors," Dr. Hayes noted. These common genetic abnormalities belong to a pathway that protects cells from damage and stress.

"These novel findings help establish a genomic map of various head and neck cancers, provide new insights into other similar cancers and may further our understanding of how viruses can impact disease," said NHGRI Director Eric D. Green, M.D., Ph.D.

"While many head and neck cancers are preventable, they are increasingly common throughout the world, and often challenging to effectively treat over the long term," said NCI Director Harold Varmus, M.D. "This type of broad analysis provides important new clues for future research and treatment directions."

The TCGA Research Network has generated data and published analyses on a number of cancers, all of which can be found on the TCGA website, www.cancergenome.nih.gov.

TCGA-generated data are freely available at the TCGA Data Portal and CGHub.

The TCGA Research Network consists of more than 150 researchers at dozens of institutions across the nation. A list of participants is available at http://cancergenome.nih.gov/abouttcga/overview. More details about The Cancer Genome Atlas, including Quick Facts, Q&A, graphics, glossary, a brief guide to genomics and a media library of available images can be found at http://cancergenome.nih.gov.

NCI leads the National Cancer Program and the NIH effort to dramatically reduce the burden of cancer and improve the lives of cancer patients and their families, through research into prevention and cancer biology, the development of new interventions, and the training and mentoring of new researchers. For more information about cancer, please visit the NCI website at http://www.cancer.gov or call NCI's Cancer Information Service at 1-800-4-CANCER (1-800-422-6237).

The NIDCD supports and conducts research and research training on the normal and disordered processes of hearing, balance, taste, smell, voice, speech, and language and provides health information, based upon scientific discovery, to the public. For more information about NIDCD programs, see the NIDCD website.