A new study by National Institutes of Health researchers has turned traditional genomics research on its head. Instead of trying to find a mutation in the genomic sequence of a person with a genetic disease, they sequenced the genomes of healthy participants, then analyzed the data to find "putative," or presumed, mutations that would almost certainly lead to a genetic condition.

Turning Traditional Genomics on Its Head

Out of almost 1,000 volunteers whose genomes were examined, about 100 had genomic variants predicting that they would have a rare disease. Almost half of them indeed had the disease when researchers went back and carefully evaluated them, said Leslie G. Biesecker, M.D., chief of the Medical Genomics and Metabolic Genetics Branch (MGMGB) at the National Human Genome Research Institute (NHGRI) and corresponding author of the study published June 4, 2015, in the American Journal of Human Genetics.

"We were surprised that this many individuals had positive findings in a group of individuals that is basically healthy," said Jennifer Johnston, Ph.D., lead author and staff scientist with the Clinical Genetics Section of the MGMGB. The research is part of ClinSeq, a large-scale, NIH research study that explores the fundamental medical, molecular and bioinformatic challenges facing individualized genome sequencing in a clinical research setting.

Once they identified participants with genomic mutations, researchers called them back to the clinic to give them a customized work-up. They called this method of looking at the person after looking at the genomic data "iterative phenotyping." Researchers sifted through more than 100,000 variants per participant - nearly all harmless - and studied only potentially harmful mutations that were found in about 100 of the 951 participants. Of those hundred or so patients, 79 were followed up, and they confirmed that 34 had the specific condition linked to their genetic mutation. These findings indicate that 3 percent or more of the U.S. population may have a genetic condition compared to previous estimates of less than 0.02 percent.

"We achieved about a 50 percent accuracy of predicting disease in people not knowing anything about their health status beforehand," Dr. Biesecker said. In other words, the researchers changed the odds of these patients having one of these diseases from something like 1 in 50,000 to 1 in 2.

Given this accuracy, Dr. Biesecker is upbeat about the future of genomic medicine. "These results show that you can dramatically improve your predictions based on genome sequence information."

NHGRI Director Eric Green, M.D., Ph.D, agreed, adding: "Today, we tend to deliver medical care based on the expected response of the average patient, and yet we know that this is far from perfect. Eventually, we want to deliver medical care based on individual genomic differences that enable more precise ways to prevent and treat disease. These findings move us closer to that reality."

The team also found that having a mutation did not always lead to a condition that looked like a textbook case. Indeed, 20 of 79 of the participants with harmful mutations and an associated physical change didn't know they might have a genetic condition. Sometimes these physical changes were so mild that the participant had neither sought a diagnosis nor reported them to the research team during enrollment in the study. While it may seem unnecessary to find these mild cases, one key aspect of genomics is that the same mutation can affect family members with different levels of severity.

"A couple of the participants with LDLR (low density lipoprotein receptor) mutations thought they just had garden variety high cholesterol, when in fact they had familial hypercholesterolemia," said Dr. Biesecker. This led to more aggressive cholesterol screening in other family members, including children as young as eight, because early treatment can delay heart attacks and prolong life.

Researchers found other evidence that genetic conditions are underestimated. That is because, until now, knowledge about genetic conditions has mostly been based on family health history or ill people who walk into a clinic. This has led researchers to study only those who are more severely affected and not those who are mildly affected or not affected at all, which eventually leads to an overestimation of the condition's severity and an underestimation of its prevalence. The problem (ascertainment bias) has long been known and acknowledged by genetics researchers. They have only recently been able to address it as DNA sequencing costs have plummeted.

At this rate, just above 9 million people, about the population of New Jersey, may be living with some sort of genetic condition. The authors caution that not all healthy people need to have their genomes sequenced, emphasizing that this is a proof-of-concept study that may lead to a better understanding of how these mutations affect health. "We want to add DNA sequencing to the physician's toolbox," Dr. Biesecker said. "It is fine to take care of patients once they are sick and that's appropriate, but wouldn't it be better to find some patients before they are sick and take care of them?"

The NIDCD supports and conducts research and research training on the normal and disordered processes of hearing, balance, taste, smell, voice, speech, and language and provides health information, based upon scientific discovery, to the public. For more information about NIDCD programs, visit www.nidcd.nih.gov.

NEI leads the federal government's research on the visual system and eye diseases. NEI supports basic and clinical science programs that result in the development of sight-saving treatments. For more information, visit www.nei.nih.gov.

The NIDDK, a component of the NIH, conducts and supports research on diabetes and other endocrine and metabolic diseases; digestive diseases, nutrition and obesity; and kidney, urologic and hematologic diseases. Spanning the full spectrum of medicine and afflicting people of all ages and ethnic groups, these diseases encompass some of the most common, severe and disabling conditions affecting Americans. For more information about the NIDDK and its programs, see www.niddk.nih.gov. 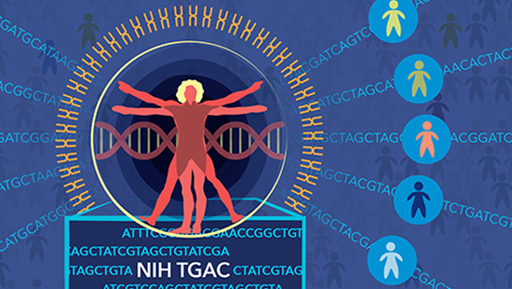