The National Institutes of Health will fund a set of genome sequencing and analysis centers whose research will focus on understanding the genomic bases of common and rare human diseases.

Exploring the Genome's Role in Disease

The National Human Genome Research Institute (NHGRI), part of NIH, today launched the Centers for Common Disease Genomics (CCDG), which will use genome sequencing to explore the genomic contributions to common diseases such as heart disease, diabetes, stroke and autism. NHGRI also announced the next phase of a complementary program, the Centers for Mendelian Genomics (CMG), which will continue investigating the genomic underpinnings of rare, typically inherited diseases, such as cystic fibrosis and muscular dystrophy.

"Advances in DNA sequencing are creating tremendous new opportunities for exploring how the genome plays a role in human disease," said NHGRI Director Eric Green, M.D., Ph.D. "Our continued focus on both rare and common diseases promises to reveal important aspects about the genomic architecture of a wide range of human disorders."

CCDG researchers plan to examine a select group of disorders in order to develop approaches for using genome sequencing to study common disease more broadly. By sequencing an expected 150,000 to 200,000 genomes of individuals with these diseases, the CCDG program aims to improve understanding of how genomic differences among people influence disease risk and to develop models for future studies of common disease. CMG scientists will build on an international network of research collaborations and sequence the genomes of individuals with a wide range of rare disorders seen around the world. Together, the CCDG and CMG programs aim to discover the genes and genomic variants - spelling differences in DNA - that cause or contribute to disease, which may eventually lead to improved diagnosis and potential treatments. 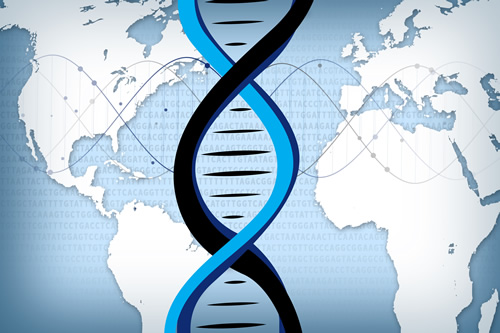 Pending the availability of funds, NHGRI will fund the CCDG and CMG programs for roughly $240 million and $40 million, respectively, over four years. NHGRI will also fund a new Coordinating Center for approximately $4 million over four years to facilitate research collaborations among the program grantees, and to contribute to data analysis and program outreach.

The new CCDG program represents an important step in the evolution of NHGRI's long-standing, flagship Genome Sequencing Program (GSP). In its earliest phase, the GSP represented NIH's major contribution to the Human Genome Project. As DNA sequencing costs dropped, the GSP focused much of its efforts on large-scale genome sequencing projects, most recently organized as Large-Scale Genome Sequencing and Analysis Centers, one of several NHGRI genome sequencing efforts launched in 2011. Those centers contributed to a wide range of pioneering genomic studies, including the 1000 Genomes Project, which involved sequencing thousands of human genomes to help chronicle genomic differences among and between populations across the world, and The Cancer Genome Atlas (TCGA), an NHGRI partnership with the National Cancer Institute that catalogued genomic changes involved in cancer.

Common diseases, such as hypertension, diabetes and mental illness, affect hundreds of millions of people worldwide. The causes of these diseases can be difficult to decipher because they result from a complex combination of genomic influences and environmental factors.

CCDG investigators will initially focus on cardiovascular/metabolic and neuropsychiatric diseases, and are considering exploring other disorders, including inflammatory/autoimmune and bone/skeletal diseases, and Alzheimer's disease. While each common disease represents a serious health burden in this country, each is also different in many ways - from the age of onset to the underlying biological changes. For each disease, CCDG researchers will sequence tens of thousands of genomes from individuals with and without the disease. NHGRI will eventually select additional diseases that the centers will study.

"The center investigators plan to use genome sequencing to identify as many of the genes and genomic variants underlying common diseases as possible," said Adam Felsenfeld, Ph.D., director of the NHGRI Genome Sequencing Program. "Building on existing research, they will continue to uncover new biological insights into the development of common disease. At the same time, these studies will reveal genomic variants that may increase the risk for - or in some cases, protect against - diseases, which eventually might be helpful for their clinical management."

Pending available funds, NHGRI will provide roughly $240 million over four years to four centers. NHLBI will provide an additional $20 million. The following awards were made:

NHGRI started the CMG program in 2011. The program's overarching aim is to systematically identify the genomic causes of Mendelian diseases, which are rare disorders that tend to be caused by mutations in a single gene. To date, more than 7,400 Mendelian diseases have been described, and researchers have found the underlying genomic causes for about 4,300 of them.

By sequencing and analyzing the protein-coding portions of more than 20,000 human genomes over the past four years, CMG investigators have identified over 740 genes that likely cause Mendelian diseases. CMG researchers have also developed and disseminated tools that enable scientists to rapidly discover such genes.

"Rare diseases provide an important window into the biology of both rare and common diseases," said Lu Wang, Ph.D., director of the CMG program. CMG investigators will continue to apply genome sequencing and analysis to find genes that cause Mendelian diseases, with a focus on novel genes, she said.

NHGRI, pending available funds, will provide $40 million to support the CMG program. In addition, NHLBI and NEI will provide $8 million and $1 million in funding, respectively. The following awards were made:

The GSP Coordinating Center will facilitate coordination and collaboration among grantees and guide outreach activities. In addition, this group will play a key scientific role by improving data availability and leading various data analyses efforts.

Part of the National Institutes of Health, the National Heart, Lung, and Blood Institute (NHLBI) plans, conducts, and supports research related to the causes, prevention, diagnosis and treatment of heart, blood vessel, lung and blood diseases; and sleep disorders. The Institute also administers national health education campaigns on women and heart disease, healthy weight for children and other topics. NHLBI press releases and other materials are available online at http://www.nhlbi.nih.gov.