NHGRI has celebrated previous National DNA Days - an annual commemoration of the completion of the Human Genome Project and the discovery of DNA's double helix structure - in big ways.

On the 15th anniversary, NHGRI took it a step further by sharing our genomics expertise to explain the importance of genomics in our everyday lives through a National DNA Day Reddit Science "Ask Me Anything" (AMA) Series.

NHGRI kicked off the event on Friday, April 20, 2018, with National Institutes of Health (NIH) director, Francis Collins, M.D., Ph.D. He fielded questions from the genomics-loving community on topics ranging from his thoughts on the movie Gattaca to the next big thing in genomics. 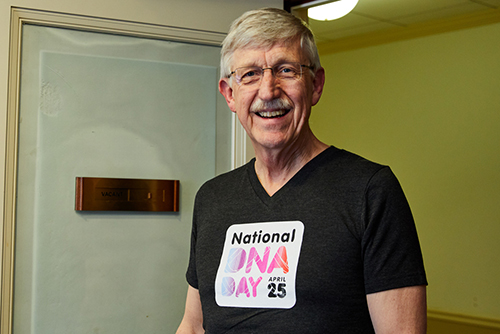 Dr. Collins, have you seen Gattaca (1997), and what were/are your thoughts on it?

I saw it four times when it first came out. I even served as the movie critic for NBC in prime time. I thought the film was very provocative and helped to point out both the promise and the peril with advances in genomics if they are not connected to social and ethical concerns.

Aside from CRISPR, what's the next big thing in genetics?

The next big thing may be the ability to do biology on individual single cells. That is starting to happen using technologies that are capable of telling you which genes are on or off in just one cell. Since cells are the unit of life for all organisms, this opens up a window of biological understanding that will have profound consequences.

The following Monday, April 23, 2018, direct-to-consumer company representatives responded to Reddit questions on what we can learn from at-home genetic testing kits.

What are some of the less obvious benefits of at-home genetic testing kits?

What's really interesting about wanting to learn more about your genetics is that the reasons can vary so much. That's also what makes it hard to answer this question -- motivations and benefits are very subjective things.

Obviously, adoptees can gain a lot from at-home genetic testing since they may have very little else to go on from a family history standpoint, ancestry and health-wise. But even people who aren't adopted can find out interesting and useful information from their genetics. This includes people with mixed ancestry as well as people from small or estranged families who may not know as much about their familial background.

From a health perspective, genetic testing in health care settings is usually provided based on self-reported information about ethnicity and family health history, so if you don't know this information or aren't easily "categorized" you may not always be offered relevant testing. Also, information about health issues is often not discussed between relatives or generations of a family, and genetic risks don't always surface in every generation, making them hidden. So, at-home genetic testing can sometimes reveal important health information that those individuals otherwise would not have known about.

On Tuesday, April 24, 2018, scientists at the Smithsonian's National Zoo and Conservation Biology Institute Center for Conservation Genomics answered a variety of questions, including those about their work on ancient DNA.

What types of ancient DNA have you worked on? What was the most surprising or strange discovery from ancient DNA you've seen?

We have worked on a diversity of ancient DNA materials from museum specimens, such as bone fragments, skin or pieces of tissue that stick to the bones. We also get DNA from bones that have been collected by anthropologists. These might be found in caves, middens or anthropological sites. One of my first surprising discoveries was when we looked at museum wolf bone samples back in 2004 that were collected in India in the 1800s. My Indian collaborators and I were interested in the genetic diversity of wolves worldwide and, with these Indian samples, we found that Indian wolves had a more ancient lineage from the rest of the wolves worldwide.

On National DNA Day - Wednesday, April 25, 2018 - Reddit users got a chance to "Ask a genetic counselor" with the National Society of Genetic Counselors.

What genetic trait do most people believe passes down the family tree, but actually doesn't?

Hi, this is Erica, NSGC's President and Personalized Medicine Expert. I was going to say stubbornness, but now that we are learning more about the genetic influences of personality traits, I'm not so sure anymore! ;) Nature and nurture probably...

Thursday, April 26, 2018, the AMA focused on a "Google Map" of the human body, with help from scientists working on the Human Cell Atlas, an initiative to create a reference map of all human cells.

During your research, which type of cells have surprised you the most?

Human Cell Atlas (HCA) scientists already have had some pretty big surprises, only some which have been published so far, so more to come! But to give you one example, late last year HCA members from the U.K. and the U.S. found new varieties of the rarest cells in our blood, called dendritic cells, which are sentinels in the front lines of defense against disease. We didn't know that these cells existed before! Because they were so rare, they were not seen. One of these new cell types could be important for a very rare kind of cancer, and another could be targeted to make better vaccines. Very recently, HCA members found another new cell type, this time in airways. It happens to express the gene for a well-known genetic disease, which we thought all along was expressed in a completely different cell type. Knowing the relevant cell type will be critical for developing targeted disease therapies.

What's the story behind the deadliest microbe you've ever come across?

The deadliest microbes are things like the tuberculosis microbe (Mycobacterium tuberculosum) and the cholera microbe (Vibrio cholerae). These beasts have killed hundreds of millions of individuals throughout human history. Add to these the malaria parasite (a protist, but microscopic). Maybe also the plague bacterium. Then bacteria resistant to antibiotics. Among these beasts you have some of the horseman of real horror. All of these species make sharks look silly and cuddly by comparison. As for "come across," many of these bacteria remain around us, held at bay (when they are) by hand washing, vaccination, effective waste treatment and clean drinking water supplies. Yet, they are around, waiting for when we screw things up--by failing to vaccinate our children, by overusing antibiotics (and triggering resistance), or by taking clean drinking water for granted--so they can rise again. 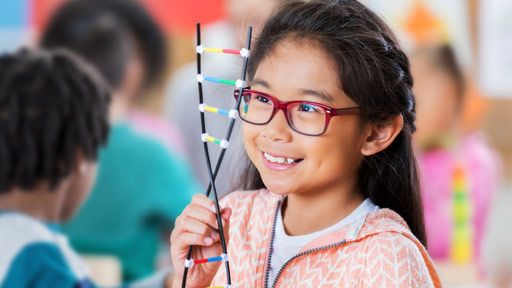