The reach of genomics is wide-ranging and can touch on many different aspects of society from how we understand our ancestry to the promise of precision medicine for all individuals and populations.The Ethical, Legal and Social Implications (ELSI) Research Program at the National Human Genome Research Institute, launched in 1990 with the anticipation that once we started generating massive amounts of human genomic data, there'd be lots of societal factors to consider.

Now, researchers and clinicians are sequencing human genomes faster than ever, so considering the societal implications of genomic data and what we can learn from it is even more crucial.

The team received questions that ran the gamut from who owns an individual's DNA and the information stored in it, to the implications of genetic testing on children and newborns.

Here, we recap the event (or you can check out the full AMA here!)

Do you think having your genome sequenced will have a positive or negative effect on a person's life? Positive aspects: Identify potential mutations which could lead to the development of a disease in the person's lifetime, thus encouraging them to life a healthier life. Negative aspects: Finding out you have a high predisposition (80% of developing it) for something like cancer, and the person ends up worrying about it for the rest of their life.

Hello this is Joy. Excellent question! Like most complicated personal information, the impact genomic information has will vary among individuals and will depend on a number of psychosocial and environmental factors. The difficulty with genomic information is that it can be interpreted as being more predictive than it actually is, and individuals can lose sight of their own role in shaping their future health and happiness. Having your genome sequenced is a very personal decision and, as you've pointed out, it can have many long term consequences - both positive and negative - for not only you, but potentially for your family as well. The good news is that you are already thinking about these issues and seem well on your way to coming to a decision that meets your needs and expectations. To help in your decision making, you may want to consider contacting a genetic professional. The National Society of Genetic Counselors has a website that will help you find a genetic counselor in your area: https://www.nsgc.org/page/find-a-genetic-counselor.

Reddit users were also curious about how to approach divulging information from genetic testing to children with a high probability of adult-onset disease.

Is the research community considering the implications of providing genetic testing to children? Are there any concerns about releasing information about adult-onset diseases to children?

Thanks for the thoughtful question! This is Nicole. You raise a challenging question where there has been a lot of debate within the clinical genomics, pediatric and bioethics communities. Traditionally, decisions related to genetic testing in children have been based on the "best interest of the child" standard. In general, most pediatric ethicists and pediatricians would likely argue that genetic or genomic information should not be returned to children unless there is an intervention that could be undertaken in childhood to reduce morbidity or mortality. Some would even argue that children have a "right to an open future" - basically the right to decide for themselves what information they would like to know or not know about themselves - and that return of genetic information about adult-onset conditions violates this right. This is an issue with a lot of nuance, particularly as genetic testing becomes more common and widespread, and an area of active research. See the American Academy of Pediatrics take on this matter here: http://pediatrics.aappublications.org/content/131/3/620.

And, finally, many users were interested in learning more about how gene editing technologies, like CRISPR-Cas9, could enhance the human condition.

When will "live" genome editing (after birth) be available to cure auto-immune diseases or permanently change your DNA sequence.

Thanks for the question! This is Nicole. This is a question that is on a lot of people's minds given all the attention and promise of CRISPR gene editing technology. It's important to keep in mind that before CRISPR can be used clinically, it must be proven safe and effective in humans with minimal risks. The initial diseases that are treated with CRISPR will need to be well-understood both scientifically (we know what function a broken disease-causing gene has, for example) and medically. Treatment will likely will be focused on diseases caused by mutations in a single gene.

For more detail, you might be interested in this AMA a few weeks ago featuring researchers from Jennifer Doudna's lab which included lots of responses to a similar question: All Things CRISPR and the Centers for Excellence in Genomics Research 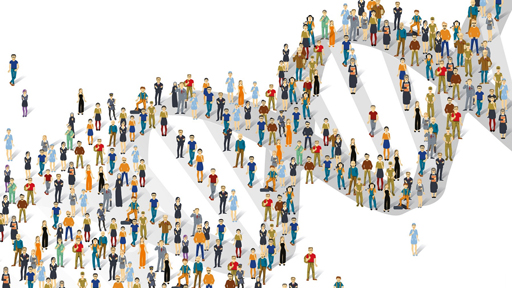