Brenda Iriele grew up seeing first-hand the human cost of inadequate healthcare. Raised in Nigeria, a country where only two healthcare providers are available per 1,000 residents, Ms. Iriele knew early on that she would devote her career to reducing heath disparities experienced by people throughout the world. Now a medical student at Howard University College of Medicine in Washington, D.C., she's at a critical juncture in her career, trying to determine how to make that ambition a reality.

Ms. Iriele is one of three interns currently working at the National Human Genome Research Institute (NHGRI) as part of the NIH Summer Internship Program in Biomedical Sciences. She spent her summer advancing biomedical research that will have a direct impact on patients with genetic disorders.

Ms. Iriele's summer project was to assist scientists with building out the Atlas of Human Malformation Syndromes in Diverse Populations, an online resource that helps healthcare providers diagnose patients who come from geographically diverse regions of the world. Using the atlas, physicians can compare physical traits and symptoms of their patients with photos and descriptions of people with the same condition and ancestry around the world.

"In Nigeria, there is a high rate of genetic malformations due to a high fertility rate," said Ms. Iriele. "This atlas is something that is valuable to countries, like mine, that don't have the infrastructure or resources for genetic screening."

This summer, Ms. Iriele focused on patients with Turner syndrome (TS), a chromosomal condition affecting development in females. She collected images and symptom data from individuals of varying descents to evaluate whether these patients suffered from TS. Her findings will not only be included in an upcoming paper, but will be incorporated in the atlas, helping doctors in search of a diagnosis access images of their patients' symptoms. TS symptoms include extra folds of skin on the neck, swelling of the hands and feet and skeletal abnormalities.

"Our interns are contributing to a resource that can save lives and provide accurate diagnostics in countries that are limited in their resources," said Max Muenke, M.D., atlas co-creator and chief of NHGRI's Medical Genetics Branch. "This is an amazing opportunity for students who are interested in pursuing careers as clinicians to work on the atlas." 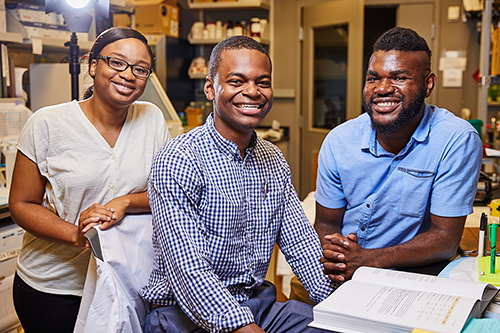 Every year, thousands of applicants compete for spots in the NIH Summer Internship Program, which places interns at NHGRI and other institutes to conduct basic and clinical research. Applicants come from diverse backgrounds but are all looking to grow their skillsets and shape their interests in the biomedical sciences and healthcare.

Bernard Ndedi, a 21-year-old medical student from Cameroon, collected images on Fragile X syndrome from physicians around the world and assessed the data for the atlas. Fragile X is a genetic condition that causes a range of developmental issues, including learning disabilities and cognitive impairment. The second-year Howard College of Medicine student believes the atlas can be used in countries that don't have access to genetic and facial screenings and quickly provide therapies to children and adults who need it.

"As a physician, I would not only help people like me, but educate them on various health issues to further medical research and care in those countries," said Mr. Ndedi.

Paul Kruszka, M.D., M.P.H., one of the three atlas co-creators, agrees that this is a growing field and believes preparing the next generation of researchers is vital.

"More genetic and genomic research is needed in developing countries," said Dr. Kruszka, "and our summer interns are helping to bridge the global health disparity gap in rare disease and genetic syndromes."

Brandon Davis, an aspiring physician currently pursuing his undergraduate degree from Washington University in St. Louis, is getting a glimpse of what it's like to help patients by contributing to the atlas. During his internship, he measured the images of malformations and physical characteristics of Cornelia de Lange syndrome, a developmental disorder that is characterized by short stature, intellectual disability and abnormalities of bones in the arms, hands and fingers.

"This project is so important to me because it allows us to provide a diverse set of findings so patients receive accurate diagnoses and hopefully treatment," said Mr. Davis.

In addition to learning about the disorder and contributing to the atlas, Mr. Davis spends his free time picking the brains of his fellow interns, inquiring about their medical school experience and getting advice that will inform the next steps in his career. 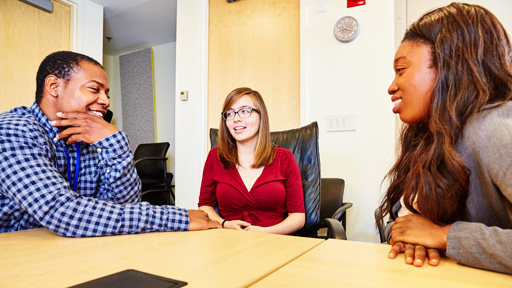 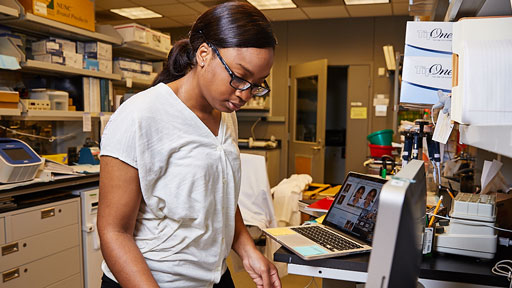