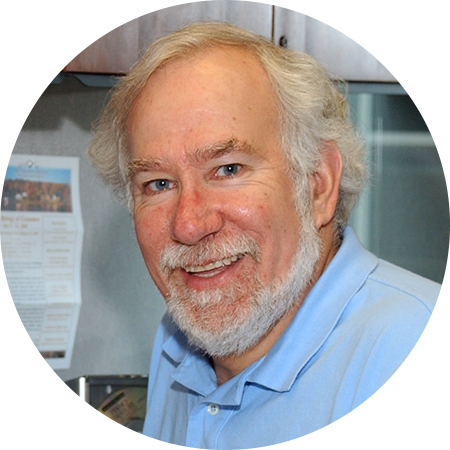 Dr. Keith McKenney has been Scientific Review Officer at the National Human Genome Research Institute (NHGRI) since 2005. He earned his Ph.D. in Molecular Biology from the Johns Hopkins University and gained expertise in DNA chemistry working as a postdoctoral fellow with Dr. Frederick Sanger in Cambridge, U.K.

Prior to joining the NHGRI, he was director of molecular biology at Clearant, Inc., a Maryland biotechnology company that develops methods to inactivate pathogens in human biotherapeutics. From 1998-2005, he was a professor at George Mason University's (GMU) School of Computational Sciences, where he carried out a research program and taught bioinformatics and forensic DNA science.

Prior to GMU, Dr. McKenney worked at the Institute for Genomic Research in Rockville, Md., where he co-authored papers describing the complete DNA sequence of the microbial genomes of H. influenzae, H. pyloriand A. fulgidus. His bibliography includes more than forty publications and six patents. He has started several biotech companies and consulted for a number of companies and agencies. In addition to his GMU faculty appointment, Dr. McKenney was adjunct professor of anthropology at Lakehead University in Ontario, Canada, and an adjunct professor of biochemistry and molecular biology at the George Washington University, Washington, D.C.