The NHGRI 'Genomics 2020' strategic planning process continues to move forward, gathering early ideas for further exploration and feedback about the process itself. Last month, we held the third 'Genomics 2020' Town Hall, engaging colleagues in California's Bay Area. This latest Town Hall included open sessions that focused on more basic and then more applied areas of genomics, and this was followed by a trainee-only session that featured valued and frank input from up-and-coming genomicists. The next 'Genomics 2020' Town Hall will take place in Atlanta, Georgia, on September 26, 2018. To stay informed about the various strategic planning events, please sign up for email updates and monitor the 'Genomics 2020' calendar. 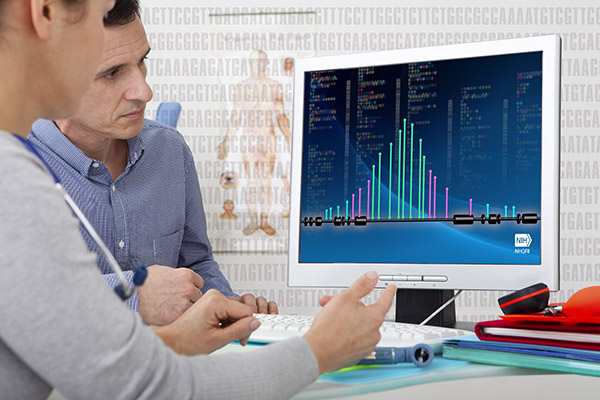 Since its inception, NHGRI has funded and led many large, highly collaborative projects tackling important problems in genomics. Such a 'team science' approach has been critical for the success of efforts such as the Human Genome Project, 1000 Genomes, ENCyclopedia Of DNA Elements (ENCODE), and Electronic Medical Records and Genomics (eMERGE) Network. Embedded within such teams are remarkably talented researchers from many disciplines.

While contributing greatly to the field of genomics, the processes of team science tend to place young investigators in a non-traditional environment while they are building the early phase of their professional careers. For example, young investigators working within large genomics consortia may have fewer opportunities for leading independent research projects or writing first-author publications. Such individuals can then face hurdles when applying for their first NIH grants since their unique contributions and capabilities can be difficult to recognize relative to those of the larger consortium. Despite these hurdles, many genomic investigators start their careers as members of such interdisciplinary teams.

Recognizing the unique population of 'team genomicists' and their value to the genomics enterprise, NHGRI recently launched a new program - the NHGRI Genomic Innovator Award - that aims to assist 'team science' researchers in establishing their independent careers. To be eligible for this award, applicants must be early in their careers (specifically, they must have 'New Investigator' status - i.e., no R01-equivalent awards) and have demonstrated the potential to make important contributions to the field of genomics. Furthermore, they must have a history of being major participants in consortia or other group efforts and must propose work that falls within NHGRI priority areas.

The NHGRI Genomic Innovator Award will take a 'people-based' approach. Historically, most NIH-funded grants, such as the traditional R01, have been 'project-based.' This has led to researchers spending substantial time applying for grants that focus on very specific goals and are limited in duration. In response to feedback from the research community that this limits creativity, NIH has started developing programs that offer more sustained support to highly creative investigators. With this new program, NHGRI joins in the larger NIH experiment to fund 'people rather than projects.' Like the NIH Director's New Innovator Award program, the NHGRI Genomic Innovator Award has a strong emphasis on supporting exceptionally creative scientists early in their careers; however, the NHGRI program has more of an emphasis on facilitating opportunities for career independence and less emphasis on high-risk research. The awardees will have the flexibility to continue their major roles in 'team science' efforts, to develop independent research projects, and to pursue new scientific opportunities as they arise during the award.

The new program aims to support highly creative individuals working in NHGRI priority areas, such as the development of resources, approaches, or technologies that will accelerate research on the structure of genomes, the biology of genomes, or the biology of disease; that will advance the science of genomic medicine; that will incorporate genomics to improve the effectiveness of healthcare; or that will advance genomic technology development, computational genomics, or research on the ethical, legal, and societal implications of genomic and genetic advances.

NHGRI plans to fund Genomic Innovator Awards using the R35 grant mechanism. R35s do not require specific research aims, but do require a well-developed research strategy. Awards will be for up to $300,000 direct costs per year (plus indirect costs) for five years. NHGRI expects to fund two new awards per year. The first (yearly) receipt date is October 30, 2018. Awardees will be eligible to receive additional grants from NHGRI, other NIH Institutes and Centers, and other agencies. The request for applications (RFA) for the Genomic Innovator Award can be found here. 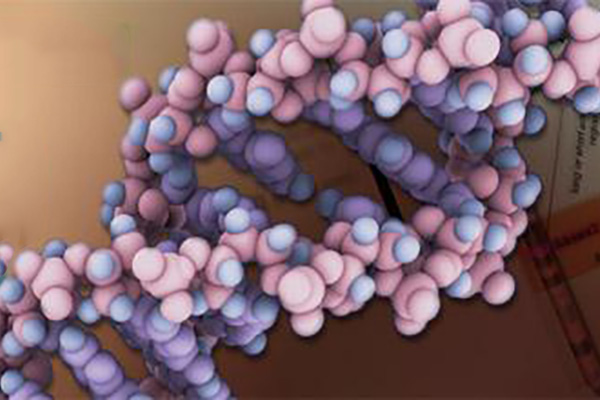 Looking for Us? We've Moved! 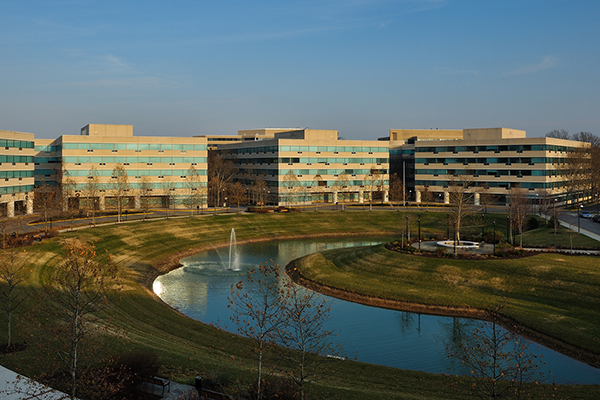 Most of NHGRI's 500+ staff reside on the main NIH campus in Bethesda, MD. However, NHGRI's entire Extramural Research Program, the Technology Transfer Office, and portions of the Division of Management are housed in a nearby leased facility. In July, that off-campus location changed from 5635 Fishers Lane in Rockville, Maryland to 6700B Rockledge Drive in Bethesda, Maryland. This was a significant move in terms of the number of staff involved, but given the collective efforts of all involved, the move was a success! 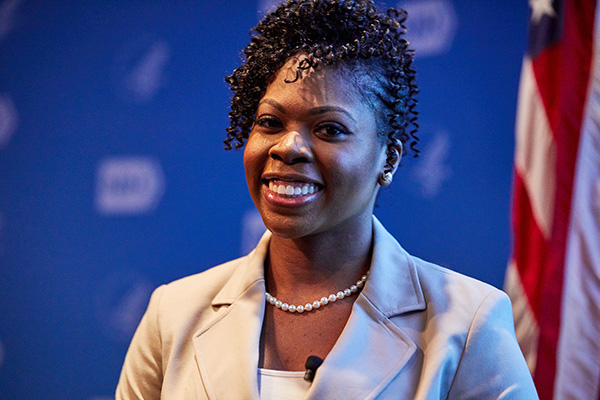 Late in June, the finals of the NIH Three-Minute-Talk (TmT) competition took place, involving trainees from NHGRI and four other institutes: the National Institute of Child Health and Human Development; the National Institute of Dental and Craniofacial Research; the National Eye Institute; and the National Institute of Arthritis and Musculoskeletal and Skin Diseases. NIH trainees at the predoctoral, postdoctoral, and, for the first time, post-baccalaureate levels competed to communicate in three minutes or less the substance and significance of their research in such a way that can be understood by a broad scientific audience. Stacy Desine, a post-baccalaureate trainee in Vence Bonham's research group at NHGRI, spoke about "Investigation of Inflammatory Biomarkers in Sickle Cell Patients with Depression" and took 1st place. Congratulations, Stacy! Videos of all the NHGRI trainee presentations are posted on genome.gov.