On January 14, 2018, NHGRI reached an important milestone - its 21st anniversary as an NIH Institute. In 1997, our organization graduated from being a 'Center' (the National Center for Human Genome Research) and transitioned to full-fledged 'Institute' status. At age 21, NHGRI is now truly a full-fledged "adult"!

I would like to draw your attention to a request for information from the All of Us Research Program. The deadline for submitting use case ideas for the upcoming All of Us Research Priorities Workshop (March 21-23, 2018) has been extended to February 23, 2018. I encourage you to submit your research ideas and help shape the future goals of this important NIH program. 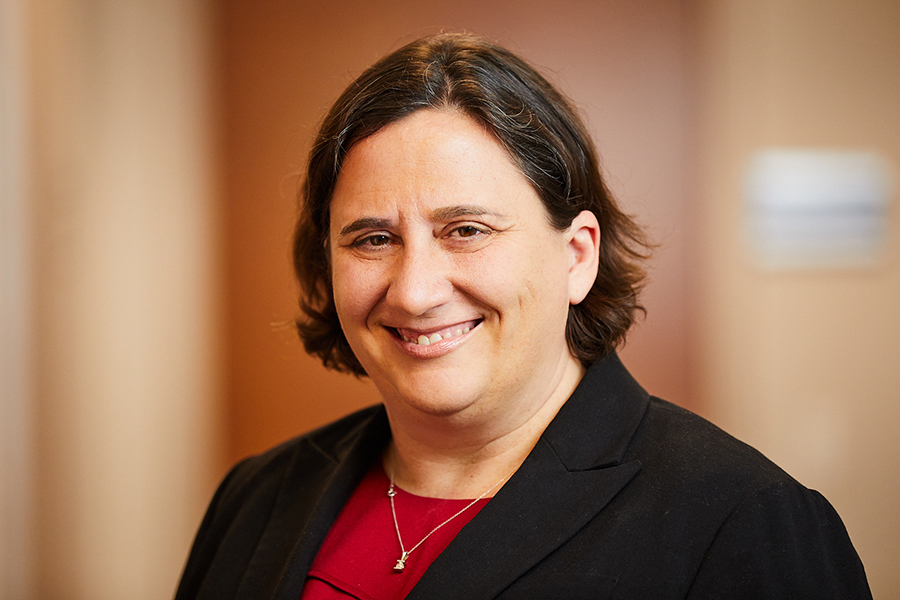 Carolyn M. Hutter, Ph.D., has been selected as the new Director of NHGRI's Division of Genome Sciences. She follows Dr. Jeffery Schloss, who was the founding Director of the Division until his retirement in early 2017. Dr. Hutter's background in genetics and epidemiology, in conjunction with her experience in managing large research collaborations, will make her an excellent leader for the largest component of the NHGRI Extramural Research Program.

Carolyn originally joined NHGRI in 2013 as the team lead for The Cancer Genome Atlas (TCGA), after serving as a program director in the National Cancer Institute (NCI) Epidemiology and Genomics Research Program. As the team lead for TCGA, a collaborative effort between NHGRI and NCI, Carolyn mastered the art of managing large, highly interactive consortia. TCGA produced comprehensive, multi-dimensional maps of the key genomic changes in 33 types of cancer. The datasets generated by TCGA have proven to be invaluable to the cancer research community for improving the prevention, diagnosis, and treatment of cancer.

Prior to her arrival at NIH, Carolyn was a senior staff scientist at the Fred Hutchinson Cancer Research Center and Lecturer at the University of Washington, where her research focused on genome-wide association studies and gene-environment interactions for cancer and other complex diseases.

One of seven divisions at NHGRI, the Division of Genome Sciences supports and accelerates foundational resources, technology development, experimental approaches, data science, and analytical tools that transform genome science to facilitate research on the function of the genome in human health and disease. Division staff members plan, direct, and facilitate multi-disciplinary research to understanding the structure and function of genomes.

As Director of the Division of Genome Sciences, Dr. Hutter leads NHGRI's efforts in basic genomics research funding and program management at a time when blending basic science with bioinformatics tools and clinical information is forging a new path for genomics and health. Identifying human genomic differences and tying them to causes of disease is a key aspect of the future of medicine.

For more information about the NHGRI Division of Genome Sciences, see genome.gov/27550078/division-of-genome-sciences//.

Mr. Alex Azar was sworn in as the 24th Secretary of the U.S. Department of Health and Human Services (HHS) on January 29, 2018. Mr. Azar received a B.A. in government and economics from Dartmouth University and a J.D. from Yale University. Early in his career, he served as a law clerk for Supreme Court Justice Scalia, and under President George W. Bush, he served as General Counsel for HHS and subsequently Deputy HHS Secretary. Mr. Azar has also served as President of the U.S. division of Eli Lilly and Company, and was a member of the Board of Directors of the Biotechnology Innovation Organization. For more information about the new HHS Secretary, see hhs.gov/about/leadership/secretary/alex-m-azar-ii/index.html.

Three times a year (in February, May, and September), the National Advisory Council for Human Genome Research (NACHGR) convenes to discuss a range of issues relating to NHGRI, with emphasis on the Institute's Extramural Research Program. Each meeting includes an "Open Session" that is webcast to the public. Early in the Open Session on Monday February 12, NHGRI will formally kick-off a new round of strategic planning for genomics research. That announcement will describe a set of activities that will yield a published strategic plan in 2020, analogous to the Institute's strategic plans published in 2003 and 2011. The February 12 meeting's Open Session will start at 10:00 am Eastern. To view the live webcast, click on the link that will appear on the home page of genome.gov on February 12 or go to the NHGRI GenomeTV web page at genome.gov/GenomeTVLive/. For more information about NACHGR, please see genome.gov/council/.

Mourning the Loss of Arno Motulsky

Last month, Dr. Arno Motulsky passed away at the age of 94. He was a prominent and highly accomplished human and medical geneticist, and a founder of the field of pharmacogenomics. He was the first to describe negative interactions between drugs and enzymes produced by human genes in some people, thus illustrating a role of genomic variation in the respon se to pharmaceuticals. After fleeing Nazi Germany and surviving World War II, he emigrated to the United States, attended Yale University, and earned an M.D. from the University of Illinois. Dr. Motulsky was the founding head of medical genetics at the University of Washington School of Medicine and, most recently, a Professor of Medicine and of Genome Sciences. He trained generations of researchers and medical professionals, influenced science policy at the national and international level, and received many honors throughout his career. He co-authored with Friedrich Vogel a book on human genetics that was considered "the" textbook for many years. His work greatly influenced all corners of human and medical genetics

The 13th annual DNA Day Essay Contest, sponsored by the American Society of Human Genetics, is now open. The contest was established to commemorate the completion of the Human Genome Project in 2003. It is open to high school students worldwide, and involves having participants examine, question, and reflect on important concepts in genomics. Teachers must submit the essays for their students by Friday, March 9, 2018 through the link found here. Winners of the essay contest will be announced on Wednesday, April 25, 2018.