The Cancer Genome Atlas: Charting the Course for Cancer Research

Last month, I was deeply flattered to receive an honorary Doctor of Science degree from Washington University at its 2018 Commencement. This honor was particularly meaningful to me as a St. Louis native and a former medical student, graduate student, postdoctoral trainee, and faculty member at Washington University School of Medicine. Virtually all aspects of my professional life have their origins at Washington University, and I am grateful for my extensive ties to this outstanding institution.

As the summer begins, NHGRI is incredibly busy heading towards the end of Fiscal Year 2018 (and dealing with the many good, but complicated, nuances of the recent budget increase) and ramping up our Genomics2020 strategic planning efforts. Things never seem to slow down! 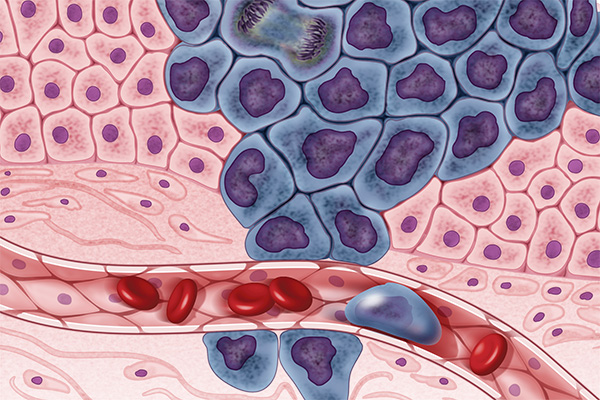 After more than a decade, The Cancer Genome Atlas (TCGA) program is drawing to an end. A multi-institution collaboration initiated and supported by NHGRI and the National Cancer Institute (NCI), with over $300 million in total funding, TCGA has been hugely successful in its mission to catalog the genomic changes underlying multiple cancer types.

Ambitious in scope from the beginning, TCGA was initiated in December 2005 as a three-year pilot study that focused on studying the genomic changes in three types of human cancers: brain, lung, and ovarian cancer. After a successful pilot phase, TCGA expanded the range of cancer types, the goal being to characterize 20-25 different cancer types. However, the program was so successful that it surpassed that goal, eventually analyzing the genomic underpinnings of 33 different types of cancer, including 10 rare cancer types.

TCGA's success emanates from a combination of its scientific approaches, which capitalized on the plummeting costs of DNA sequencing, and its collaborative style, which involved engaging researchers from multiple disciplines. TCGA researchers, at more than two dozen institutions across North America, used a variety of techniques to analyze the tumor and non-tumor samples, including exome and whole-genome sequencing, gene-expression profiling, copy-number variation profiling, and single-nucleotide polymorphism genotyping, among others. The samples from cancer patients were provided by tissue-source sites around the globe. In this way, researchers not only looked for the molecular differences that make one cell cancerous and one cell normal, but also compare and contrast different cancer types, providing the scientific community a comprehensive, multi-dimensional map for future investigations. Further, as with all NIH data and resources, the TCGA dataset, comprising more than two petabytes of genomic data, has been made publicly available for researchers worldwide. Access to TCGA datasets is now provided through the NCI Genomic Data Commons. This expansive dataset provides researchers with an unprecedented understanding of how, where, and why tumors arise in humans, enabling better informed clinical trials and future treatments.

As the program draws to an end, researchers from the TCGA consortium recently published a capstone analysis, known as the PanCancer Atlas - a collection of 29 papers published across a suite of Cell Press journals that summed up the current status of knowledge about cancer genomics based on the TCGA data. The PanCancer Atlas was divided into three main categories, each anchored by a summary paper that recapped the core findings in that category. The main areas included cell of origin, oncogenic processes, and oncogenic pathways. Multiple companion papers reported in-depth explorations of individual topics within these categories. The entire collection of PanCancer Atlas papers can be found online at Cell's website.

The TCGA consortium is also a member of the International Cancer Genomics Consortium (ICGC), which performed its own global analysis of data collected from all available tumor types. The ICGC PanCancer Analysis of Whole Genomes (PCAWG) combined whole-genome sequences from the international projects, with TCGA data providing about half of the data. This challenging task of harmonizing data across international cohorts was only feasible using new paradigms in analysis and computing that are rapidly taking hold in biomedicine.

Finally, as the decade-long TCGA effort wraps up, there will be a three-day symposium, TCGA Legacy: Multi-Omic Studies in Cancer, in Washington, D.C., on September 27-29, 2018. That meeting, which will focus on the future of large-scale cancer studies, will showcase the latest advances in characterizing the genomic architecture of cancer and recent progress toward therapeutic targeting. The deadline to submit abstracts is June 15, 2018 and can be submitted here.

All of Us Research Program Launch 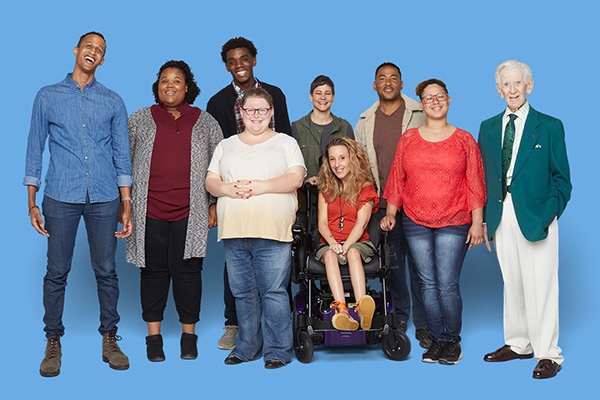 The All of Us Research Program, a historic effort to gather data from one million or more people living in the United States to accelerate research and improve health, has had many developments in the past months.

A broad array of stakeholders gathered in Bethesda, MD for a workshop in March, which featured plenary talks and active breakout sessions focused on identifying research questions and associated data measures that could capitalize on the Program's unique characteristics. Over 500 'use cases' were generated. These use cases will be synthesized, along with those generated in advance of the workshop, to help inform future protocol development and scientific priorities. The workshop agenda and videocasts from Day 1, Day 2, and Day 3 are available.

All of Us had its official launch on May 6. The launch included seven simulcasted events around the country, with speakers, participant engagement activities, and a community art experience. Highlights are available on the All of Us website. Enrollment in the program is now open to all eligible adults who live in the United States, and interested parties can learn more by visiting JoinAllofUs.org and creating an account. Participants can contribute their health information online to the project, and some will also be asked to visit a local partner site to collect physical measurements and provide samples.

In addition to these important developments, All of Us is now soliciting applications for large genome centers. These centers will generate genotyping and whole-genome sequence data, develop workflows for high-confidence genomic variant calling, and securely process and transmit data. The funding announcement was released in late May, and applications are due on July 12. It is anticipated that the large genome centers will begin work in September 2018.

The launch of All of Us is an exciting endeavor. We look forward to the continued development of this landmark NIH research program. 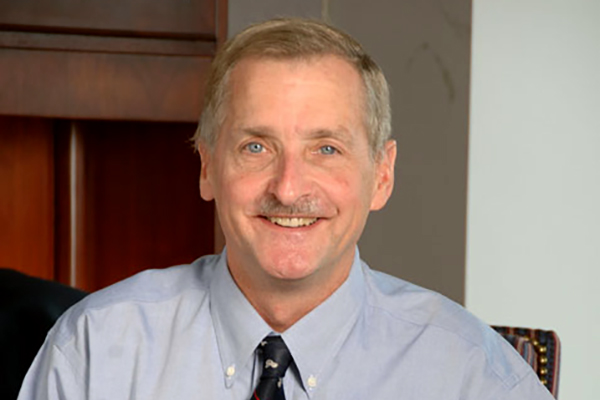 On June 1, James Battey, Jr., M.D., Ph.D., retired as the Director of the National Institute on Deafness and Other Communication Disorders (NIDCD). Jim came to NIH in 1983, and has served as NIDCD Director for 20 years. He also served as a member of the U.S. Public Health Service Commissioned Corps for more than 21 years, retiring as a Rear Admiral in 2008. Under Jim's leadership, NIDCD-supported researchers developed the tools and programs necessary to implement universal screening for newborn hearing loss. Over the years, Jim has also been an important NHGRI partner, most notably in helping to provide oversight of the Center for Inherited Disease Research (CIDR) and the NIH Common Fund's Knockout Mouse Projects (both KOMP and KOMP2).

Dr. Dan Kastner a Finalist for Service to America Medal 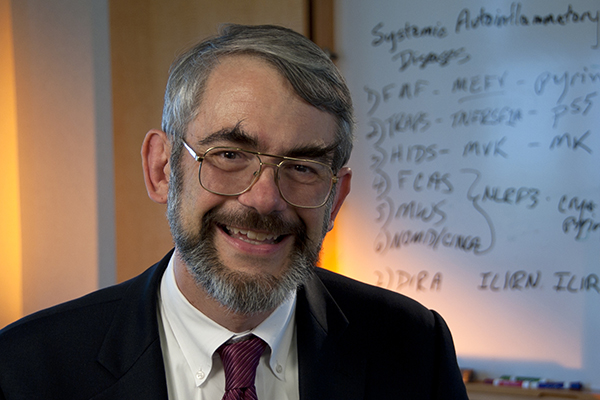 NHGRI would like to extend hearty congratulations to Dan Kastner, M.D., Ph.D., the Institute's Scientific Director and Director of the Division of Intramural Research. Dan has been selected as a finalist for the 2018 Samuel J. Heyman Service to America Medals ("Sammie's"). He received this honor for identifying a new class of rare genetic diseases and treatments to alleviate suffering for thousands of patients in the United States and around the world. Last month, the Partnership for Public Service honored the 27 finalists. Medal recipients will be announced October 2, 2018 at a gala in Washington, D.C.

A recording of NHGRI's first strategic planning Town Hall, along with the slides presented, are available on the 'Establishing a 2020 Vision for Genomics' website. NHGRI will host a Town Hall at the University of Washington in Seattle, WA on June 19, 2018, and at Stanford University in Stanford, CA on July 17, 2018.