Last month, NIH and NHGRI finally received their Fiscal Year 2018 budgets. The news was worth waiting for! Overall, NIH was the recipient of an 8.8% increase (relative to Fiscal Year 2017), with NHGRI getting a 5.6% ($29.7 million) increase. This represents the largest budget increase for NIH and NHGRI in well over a decade, and provides new funds for a number of critically important areas of research. NHGRI staff members are now working hard to capitalize fully on the new opportunities made possible with this funding increase.

As mentioned in last month's issue of The Genomics Landscape, the first Town Hall for the 'Genomics 2020' strategic planning process will happen tomorrow, Friday, May 4, 2018, from 12:00 noon to 1:30 p.m. Eastern. This will be a 'virtual' Town Hall in which people can participate by webcast and audio conference. 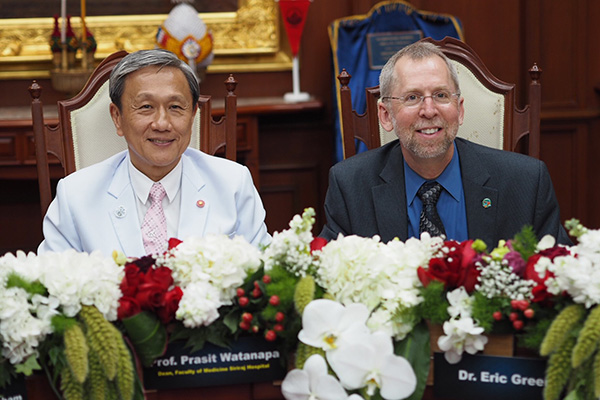 The award, which is conferred to an individual(s) or institution(s), is given annually in two categories: medicine (for outstanding performance and/or research in the field of medicine for the benefit of mankind) and public health (for outstanding contribution in the field of public health for peoples' well-being). In selecting the HGP for a 2017 award, the selection committee stated: "The Prince Mahidol Award (in the Field of Medicine 2017) recognizes the Human Genome Project for its collaborative success that has contributed to the remarkable advancement of medicine to the enormous benefit of mankind."

In the rich tradition of the Thai culture, multiple ceremonies accompanied the award presenting, rounding out a multi-day visit by the laureates. This included several lectures, including at Siriraj Hospital of Mahidol University and the Prince Mahidol Award Conference 2018. Eric Green also visited the Thailand Ministry of Public Health to discuss advances in genomic medicine implementation in Thailand and the

Completed just over 15 years ago, the HGP has been transformative in its influence on biomedical research and, increasingly, medicine. Involving many hundreds of researchers around the world, the HGP exemplifies a 'team science' triumph. Receiving the 2017 Prince Mahidol Award reflects the far-reaching and international impact of the HGP. The entire field of genomics should be immensely proud about this honor.Dr. Green represented the HGP in receiving the award, which was presented by Her Royal Highness Princess Maha Chakri Sirindhorn (sister of the King of Thailand and President of the Prince Mahidol Foundation) at a ceremony that took place in the Grand Palace in Bangkok. Her Royal Highness also presented the 2017 Prince Mahidol Award in Public Health to a group of four researchers who worked on developing a vaccine.

The seminal accomplishments of the HGP have already paved the way for significant discoveries about human health and disease, facilitating the development of genomic and precision medicine. The honoring of the HGP by the Prince Mahidol Foundation is an appropriate recognition of these advances. For the NHGRI press release, visit here. 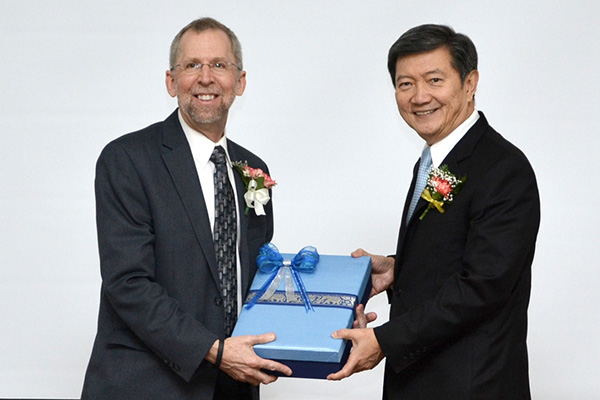 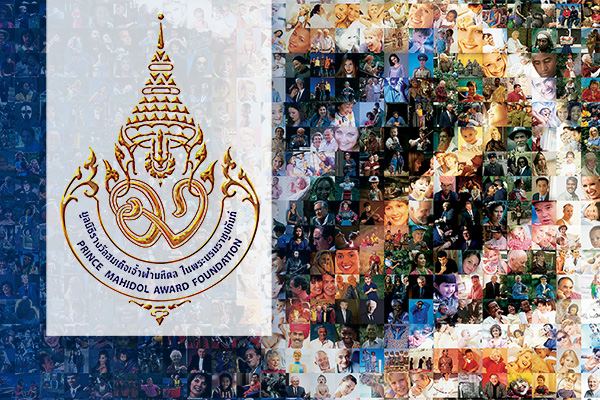 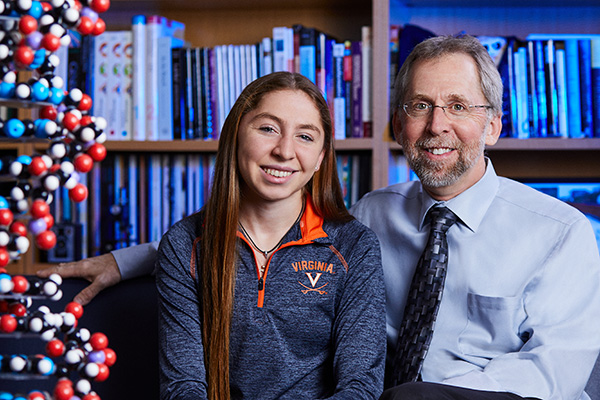 To help commemorate the 15th anniversary of the Human Genome Project's completion in April 2003, the spring issue of the The American Biology Teacher (published by the National Association of Biology Teachers) featured a number of genomics- and genetics-related articles. NHGRI Director Eric Green was invited to contribute a guest editorial for this issue. Upon learning that Dr. Green's daughter (Abbey) will be graduating from high school in June, the journal's editor asked him to write the editorial in the form of a letter written to her. "Genomics-Past, Present, and Future: A Letter to My Daughter" highlights how landmark advances in genomics have paralleled key milestones in her young life and how genomics is increasingly becoming important for everyday life. The goal of the editorial was to help biology teachers convey the relevance of genomics to their students and the importance of being "lifelong genomics learners." For the full text, visit The American Biology Teacher web page. 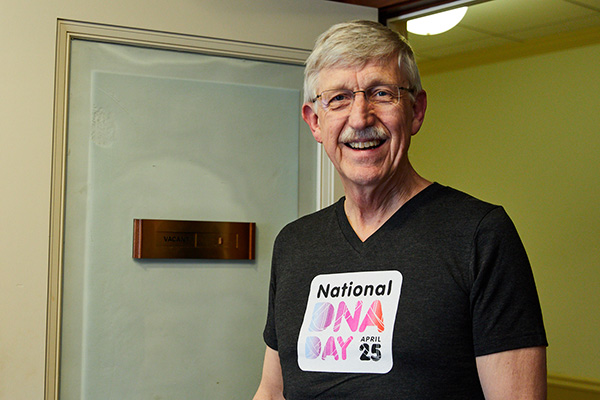 NHGRI's Reddit Science "Ask Me Anything" (AMA) series for National DNA Day was a great success. The series kicked off with NIH Director, Dr. Francis Collins, on Friday, April 20. Overall, he received over 500 questions, covering topics such as genome editing, privacy protections for participants of the All of Us Research Program, and even his thoughts on the movie GATTACA. The following week, NHGRI convened AMAs on personal genetics with representatives from direct to consumer companies, conservation genomics with the Smithsonian National Zoo, genetic counseling with the National Society of Genetic Counselors, the Human Cell Atlas, and all things microbes with Rob Dunn's laboratory at North Carolina State University. To see all of the archived AMAs, check out Reddit Science's homepage.

Entrepreneurship and the Human Microbiome 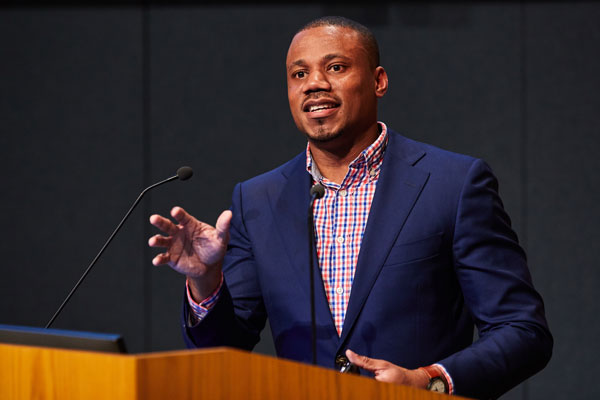 As part of 2018 National DNA Day activities, NHGRI hosted Dr. Olivier Noel, founder and CEO of the startup company DNASimple. Dr. Noel spoke about his inspiration for DNASimple, which helps accelerate genetics research by connecting DNA donors with research scientists. During his presentation, Dr. Noel described his participation in the show Shark Tank, through which DNASimple gained an investor. A second National DNA Day lecture was co-hosted by NHGRI and the Smithsonian's National Museum of Natural History (NMNH). An enthusiastic group gathered at NMNH to hear about how "Your Microbiome is a Part of this Microbial Planet" from Dr. Lita Proctor, NHGRI Program Director overseeing the Human Microbiome Project.