As summer winds to an end and fall beckons, NHGRI will 'shift gears' a bit in its strategic planning process. Our first three Town Halls (one virtual, one in Seattle, Washington, and one in the California Bay Area) were open-ended discussions about the future of genomics. We continue to build on what we learn from each Town Hall, and this fall we will begin including opportunities for Town Hall participants to provide feedback about ideas that have emerged from the earlier discussions. This will allow NHGRI to begin focusing the conversations, so as to help advance nascent ideas into more mature plans. Our next Town Hall will take place in Atlanta, Georgia on September 26 - we encourage those in the general area to come join us! 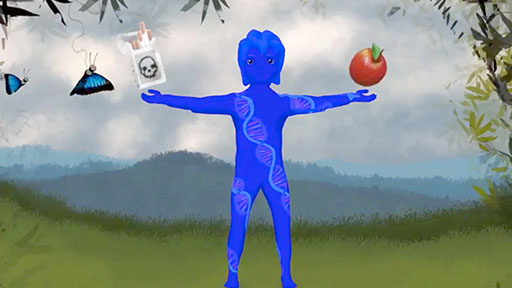 Recognizing the increasing importance of genomics to everyday life, the National Human Genome Research Institute (NHGRI) aims to help increase the public's understanding of the human genome and the science of genomics. This is being pursued through a growing portfolio of education and outreach programs - most recently, this involved the production and release of five new educational videos.

The origins of these new videos trace back to the collaboration between the Smithsonian Institution's National Museum of Natural History (NMNH) and NHGRI, in partnership with the Foundation for the NIH (FNIH), to create the state-of-the-art exhibition Genome: Unlocking Life's Code. The exhibition, which opened five years ago in Washington, D.C. and has been touring North America since 2014, examines the complexities of the human genome and highlights the remarkable breakthroughs that have taken place since the completion of the Human Genome Project. In addition to the actual exhibition, the parternship has continued to spin off additional educational resources.

When NMNH and NHGRI were developing content for the Genome: Unlocking Life's Code exhibition in 2012, the History Channel agreed to contribute video interviews of luminaries in genomics, enlisting producer Kate Raisz of 42 Degrees North Media to create four short videos that chronicled the history of the Human Genome Project and speculated about the future of genomics. Those videos, which play a prominent role in the exhibition, feature people such as President Bill Clinton, James Watson, Francis Collins, Maynard Olson, John Sulston, among others.

The actual video interview of each participating individual was well over an hour in length, but the small segments included in the exhibition were as short as a few seconds - leaving large amounts of fantastic content 'on the cutting room floor.' The remaining footage included valuable content, so NHGRI recently collaborated with Kate Raisz and 42 Degrees North Media to create an additional set of long-form educational videos. This collaboration yielded five new videos, two of which use footage from the original History Channel interviews; the other three new videos harnessed the creative talent of Kate and 42 Degrees North Media, especially in storytelling and animation.

'The Human Genome Project: Who Do You Think We Are?' describes the efforts of The DNA Discussion Project, an effort that aims to encourage a greater understanding of genomics, the social construct of race, and the perception of ethnicity through the experience of taking DNA tests to decipher one's ancestral origins. 'Zarko's Story: Genomic Medicine in Action' reveals the experience of a patient with a previously undiagnosed disease; through genome sequencing, doctors discover a mutation that helped identify a drug treatment for greatly improving his life. Lastly, the animated "Genome + Environment = Dance!" video takes the viewer through a journey illustrating the interplay of genomics and the environment in influencing our health and well-being.

These five videos were first unveiled as a part of the recent '15 for 15' Celebration, which commemorated the 15thanniversary of the completion of the Human Genome Project by highlighting 15 ways that genomics has and will continue to transform our world. The videos can be found on the '15 for 15' Celebration webpage, in addition to the NHGRI GenomeTV channel of YouTube. 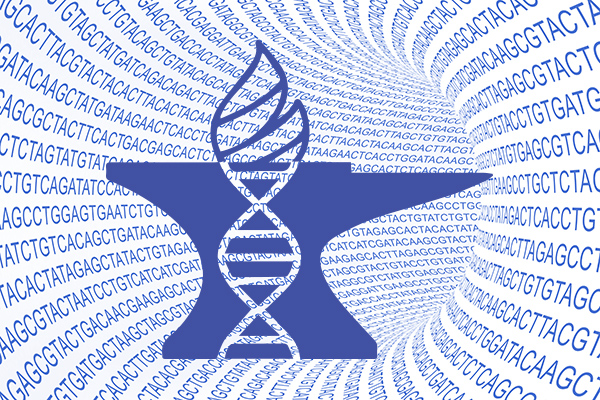 The NHGRI Computational Genomics and Data Science Program recently funded the Analysis, Visualization, and Informatics Lab-space (AnVIL). AnVIL is a new NHGRI-funded initiative that will provide the scientific community with a scalable, interoperable workspace to store, share, analyze, and compute across large genomic and genomic-related datasets. This will involve creating a cloud-based infrastructure and software platform for shared analysis and computing. Funded as a cooperative agreement to the Broad Institute and Johns Hopkins University, AnVIL will allow NHGRI datasets as well as user-uploaded data to be harmonized and made available in a secure data environment protected by user authentication and authorization protocols. It will also implement FAIR (Findable, Accessible, Interoperable, Reusable) data principles and participate in the newly established NIH Data Commons. 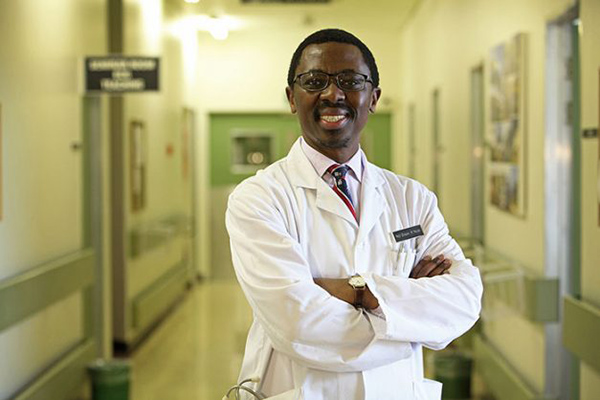 In late July, the world lost an exceptional scientist, Professor Bongani Mayosi. A faculty member at the University of Cape Town, South Africa, Professor Mayosi was a Principal Investigator in the Human Health and Heredity in Africa (H3Africa) Initiative, which is co-funded by the NIH Common Fund and the Alliance for Accelerating Excellence in Science in Africa (AESA). NHGRI co-manages H3Africa along with the Fogarty International Center. The Initiative aims to facilitate a contemporary research approach to the study of genomics and environmental determinants of common diseases, with the goal of improving the health of African populations. Professor Mayosi led the H3Africa project entitled "RHDGen: The Genetics of Rheumatic Heart Disease Network." A cardiologist, Dean of the Faculty of Health Sciences at the University of Cape Town, and an A-rated National Research Foundation researcher, Professor Mayosi had a highly distinguished career punctuated by many honors, including the South African Order of Mapungubwe (Silver) and election to the U.S. National Academy of Medicine. Notably, he was part of the research team that discovered one of the gene mutations responsible for causing the life-threatening heart disease arrhythmogenic right ventricular dysplasia. Professor Mayosi will be dearly missed. For more information on his remarkable career and his passing, see h3africa.org/9-news/378-passing-of-professor-mayosi.

The All of Us Research Hub is Now Live 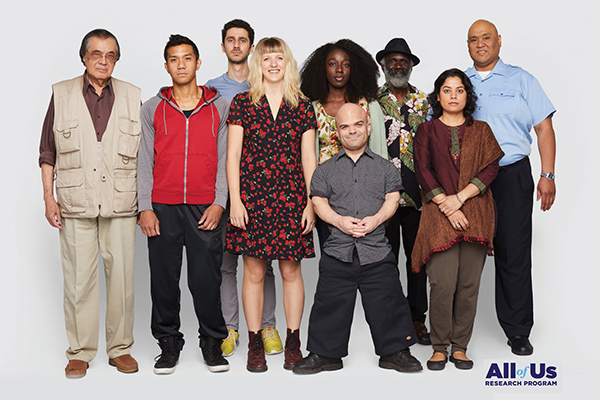 The All of Us Research Hub launched last month. In the long term, the Hub will provide access to de-identified data derived from the biosamples, electronic health records, physical measurements, mobile health devices, and surveys provided by the program's participants. Registered researchers will be able to access and analyze these data for their studies. Currently, the Hub website includes information on the structure and future plans for the Hub. Later this year, the Hub will provide aggregated information about the All of Us participant community, and will begin beta testing tools to query the data. Larger sets of tools and data are expected to be available to the research community in 2019. Researchers interested in using All of Us data should register to get updates about the Hub. Notifications of when the first versions of the data will be available will be sent to registered users. For more information on the All of Us Research Program, visit their website.

The next NHGRI 'Genomics2020' Town Hall meeting will take place on Wednesday, September 26, 2018 at Morehouse School of Medicine in Atlanta, Georgia, beginning at 9:30 a.m. Eastern.