Genomics is helping you accessing information about your genome from your home. 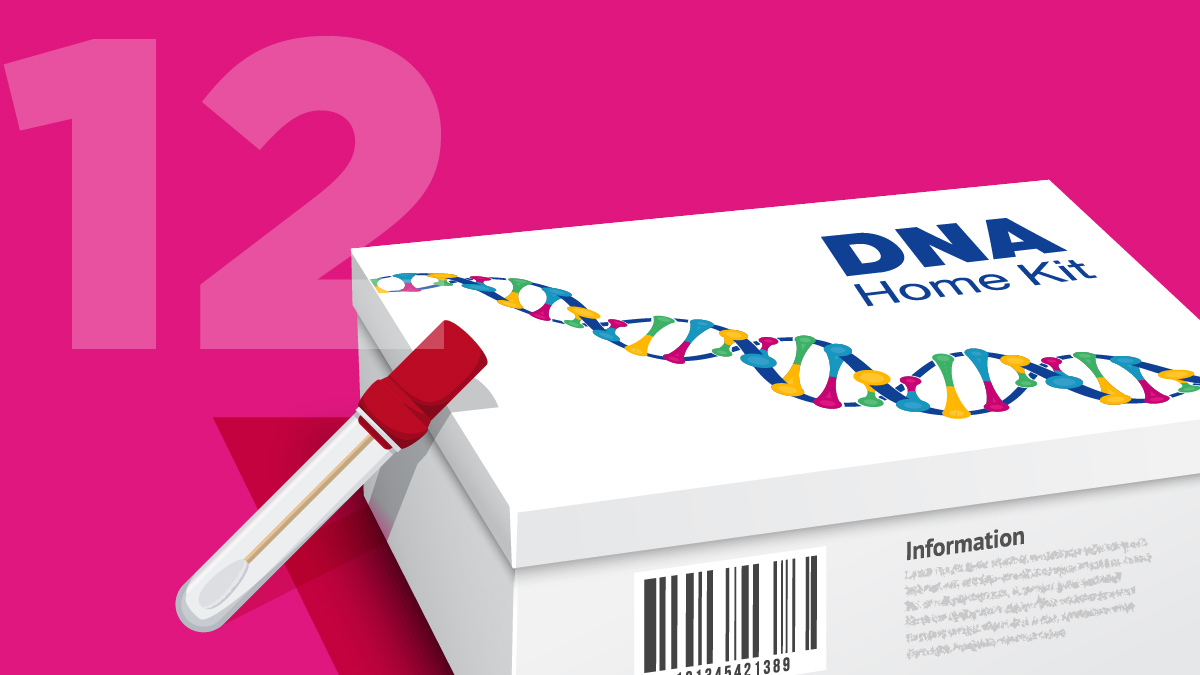 Did you know that anyone can buy a test that will read specific places in their DNA and provide them with information about their genome? Advances in genomics since the Human Genome Project have led to an explosion in at-home, or "direct to consumer" genomic testing. You can even seek genomic information without involving a healthcare provider in ordering the test or delivering the results. What are the pros and cons?

There are now numerous companies offering you a service to learn more about yourself or your family through DNA testing - maybe you've seen ads on TV or heard them on the radio. The global "direct-to-consumer" (or DTC) genomic testing market was valued at $117 million in 2017, suggesting millions of people are purchasing these tests. In contrast to clinical genomic testing, such as for cancer [see Cancer Genomics] and prenatal screening [see NIPT] in which a healthcare provider orders the tests and provides the results, DTC genomic tests can be purchased online or even at your local pharmacy.

One popular application of such DTC genomic testing is for revealing family ancestry or genealogy [see Human Origins and Ancestry]. For example, the company Ancestry.com started as a place to search historical and family records to gain genealogical clues, and has now expanded to offer genomic tests for people who seek information about their genomic ancestry. As of February 2018, more than seven million customers had purchased the test from this company alone. Popular TV shows, such as "Who Do You Think You Are?", have featured their test and information.

Another prominent company, 23andMe, was established in 2006 with the goal of offering genomic testing directly to people interested in getting DNA-based health, traits, and ancestry information. Some of the information reported back to customers are surprising factoids, such as whether you have dry or wet earwax due to genomic variants or if you are likely to prefer salty/savory snacks compared to sweets. They also offer their customers the opportunity to provide their genomic information to large research studies [see Social Context], such as recruiting 25,000 people for a study on the genomics of schizophrenia and bipolar disorder. These research studies can provide another avenue to advance genomic science and improve human health on a rapid basis.

In the last few years, there have been a number of stories involving people who found new family members or famous relativesthrough DTC genomic testing. Some people have found out that family members who they previously thought were genetic relatives were actually not biologically related to them, or even that their own identity is not what they thought. It's best to ask yourself several questions before taking any DTC genomic test: Is the company reputable? Is the science behind the test solid and independently validated? Has the specific test you are interested in been approved by the U.S. Food and Drug Administration (FDA) if it is about your health? How will you handle the information from the test? Will you want to speak to a genetic counselor or a healthcare provider about the test results?

Let's take one example. Some DTC genomic testing companies claim to provide information about a child's ability in certain sports. You want to find out if your daughter will be a sprinting champion. There is validated science behind the claim that certain variants in the gene ACTN3 control different types of muscle fibers (called "fast-twitch" or "slow-twitch"), and many successful sprinters have the "fast-twitch" genomic variants. But the prediction power stops there. ACTN3 variants are just one factor among many, many others - genomic, environmental, and social. So, even if your daughter does not have the "fast-twitch" genomic variant, that does not mean she cannot become an accomplished sprinter. Looking for genomic variants in children, such as the one for "fast-twitch" muscle fibers, also raises ethical questions. Since children may not be able to consent to such a test and/or they might be unable to fully understand what such testing might mean for them today or in their future, is it okay for parents to have their children tested? Might you treat your child differently based on the results?

There are many commercial services that allow you to purchase a DTC genomics test to explore your ancestry, traits, and health-related information - a quick internet search will reveal many options. To help you consider some of the questions we raised here, check out the CDC's blog post "Think Before You Spit" or YourGenome.Org's stories about DTC testing.