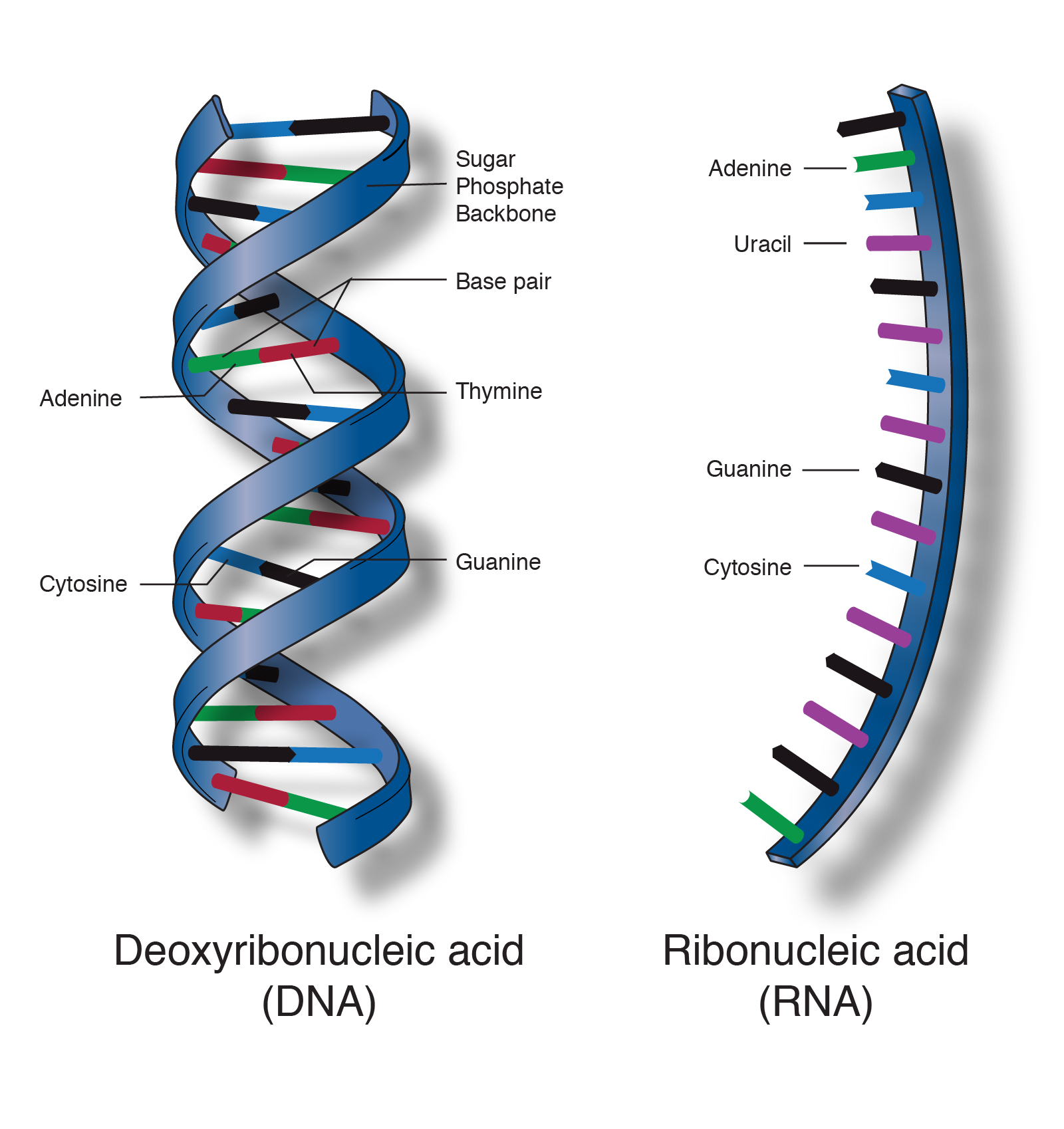 "Nucleic acid" is the term we use to describe specific large molecules in the cell. So they're actually made of polymers of strings of repeating units, and the two most famous of the nucleic acids, that you've heard about, are DNA and RNA. And nucleic acids in the cell act to actually store information. The cell encodes information, much like you recorded on a tape, into nucleic acids. So the sequence of these molecules in the polymer can convey "make a protein", "please replicate me", "transfer me to the nucleus..." The other amazing part about nucleic acid is that they're very stable proteins. And so if you think about the need to convey genetic information from one cell to another, you would want a molecule that is very stable and doesn't fall apart on its own, and that's a major feature of nucleic acids. The name "nucleic acid" comes from the fact that they were first described because they actually had acidic properties, much like the acids that you know. And the nucleic part comes from the fact that they were first isolated because they were found in the nucleus. And as you know that's where the DNA, one of the types of nucleic acids that we've been talking about, is predominately found.