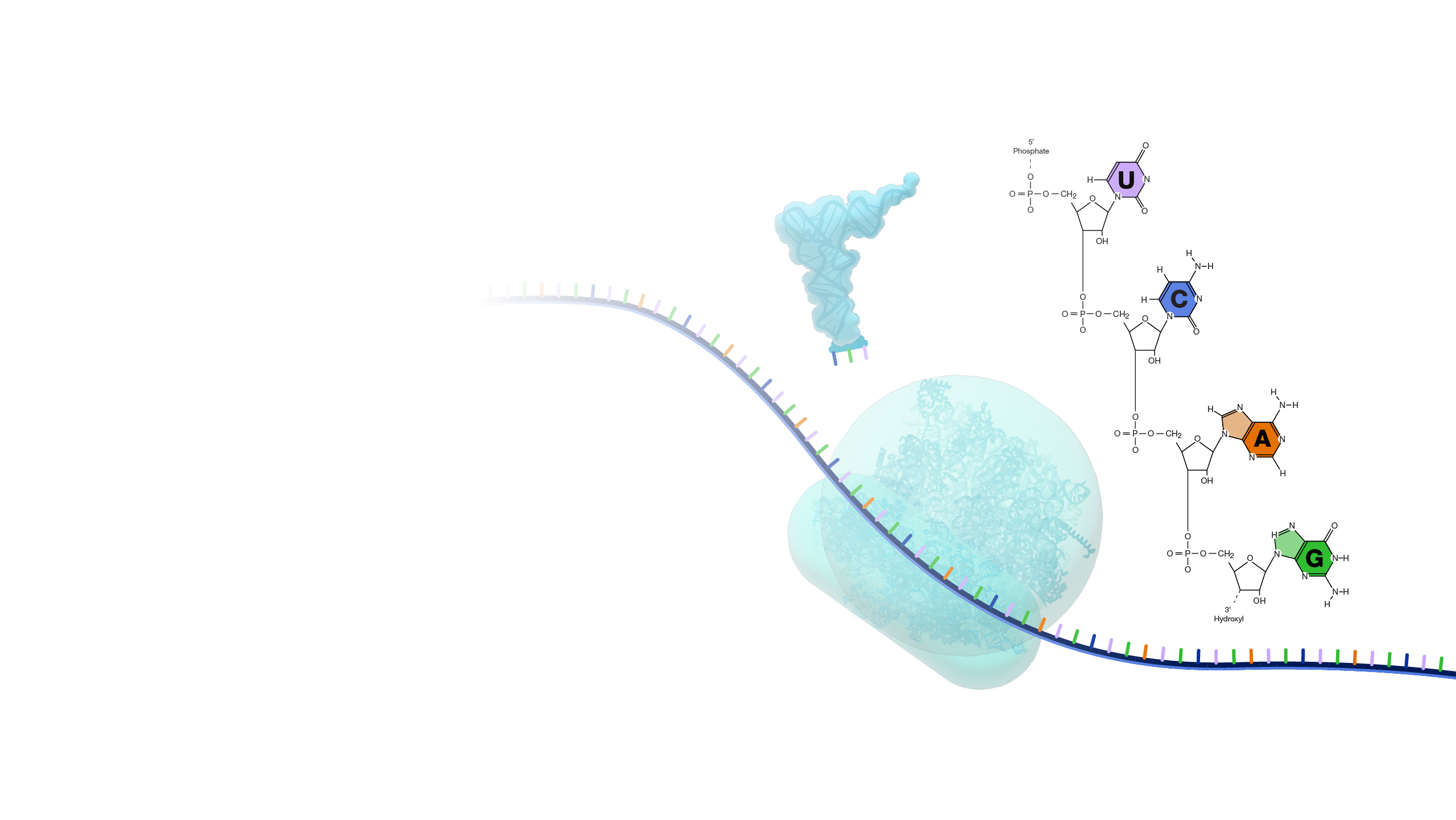 Ribonucleic acid (abbreviated RNA) is a nucleic acid present in all living cells that has structural similarities to DNA. Unlike DNA, however, RNA is most often single-stranded. An RNA molecule has a backbone made of alternating phosphate groups and the sugar ribose, rather than the deoxyribose found in DNA. Attached to each sugar is one of four bases: adenine (A), uracil (U), cytosine (C) or guanine (G). Different types of RNA exist in cells: messenger RNA (mRNA), ribosomal RNA (rRNA) and transfer RNA (tRNA). In addition, some RNAs are involved in regulating gene expression. Certain viruses use RNA as their genomic material. 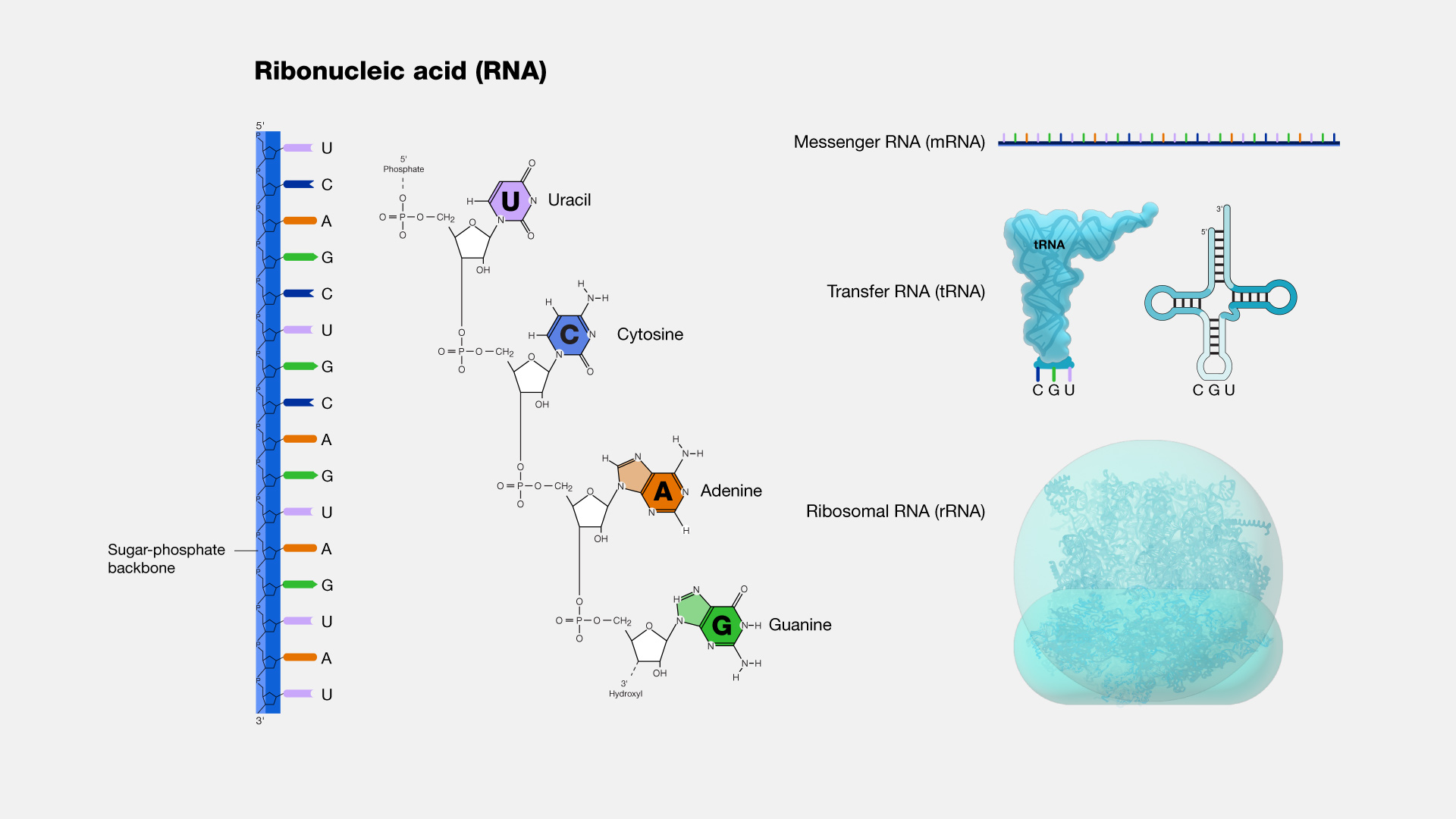 Ribonucleic acid, or RNA. I often think of RNA as being the less well-known cousin of DNA, particularly for people outside the field of biology or genomics. But really, when you think about it, RNA, in so many ways, is the actual functional form of nucleic acids that really the body uses to do the business of, you know, constructing cells or responding to immune challenges, of carrying amino acids from one part of the cell to the other, that quite often I feel that RNA doesn't get the respect it deserves. So what I think we can share is that the different forms of RNA -- mRNA, tRNA, rRNA -- each in their own way have absolutely fundamental functions without which the biology of the genome could not be translated into practice. And I guess the most obvious one here might be mRNAs, because these are the transcribed forms of genes, the form in which a gene gets read by the cell. But really, I would encourage everyone to learn about the unique roles that tRNAs and rRNAs have as well, because each of these fits into the puzzle of life in a wonderfully unique way. 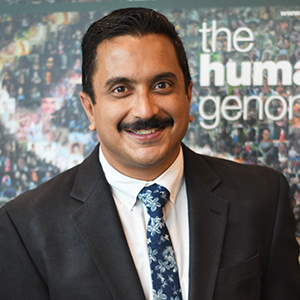 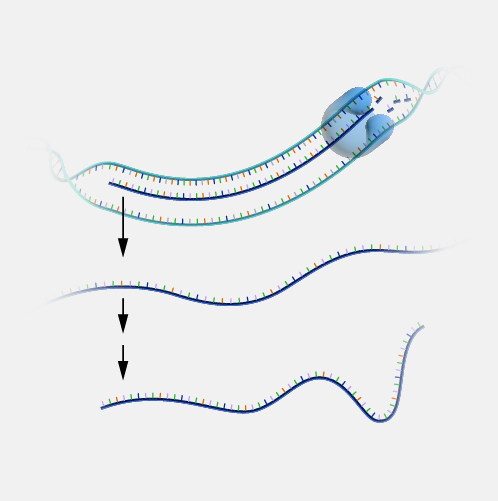 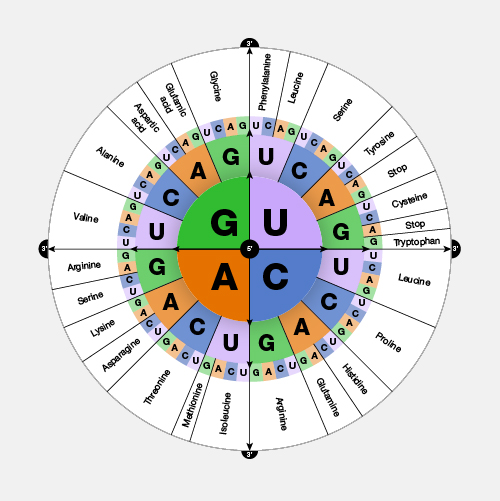 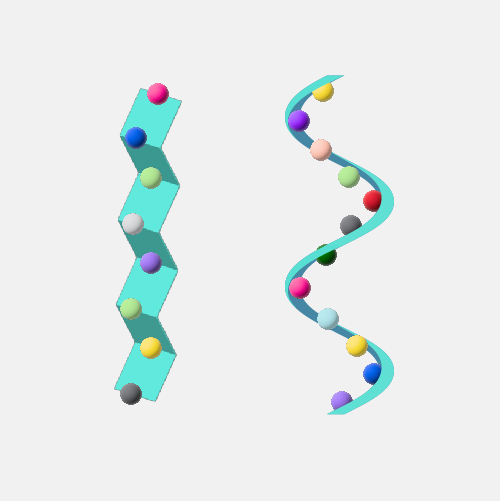