Recessive is a quality found in the relationship between two versions of a gene. Individuals receive one version of a gene, called an allele, from each parent. If the alleles are different, the dominant allele will be expressed, while the effect of the other allele, called recessive, is masked. In the case of a recessive genetic disorder, an individual must inherit two copies of the mutated allele in order for the disease to be present. 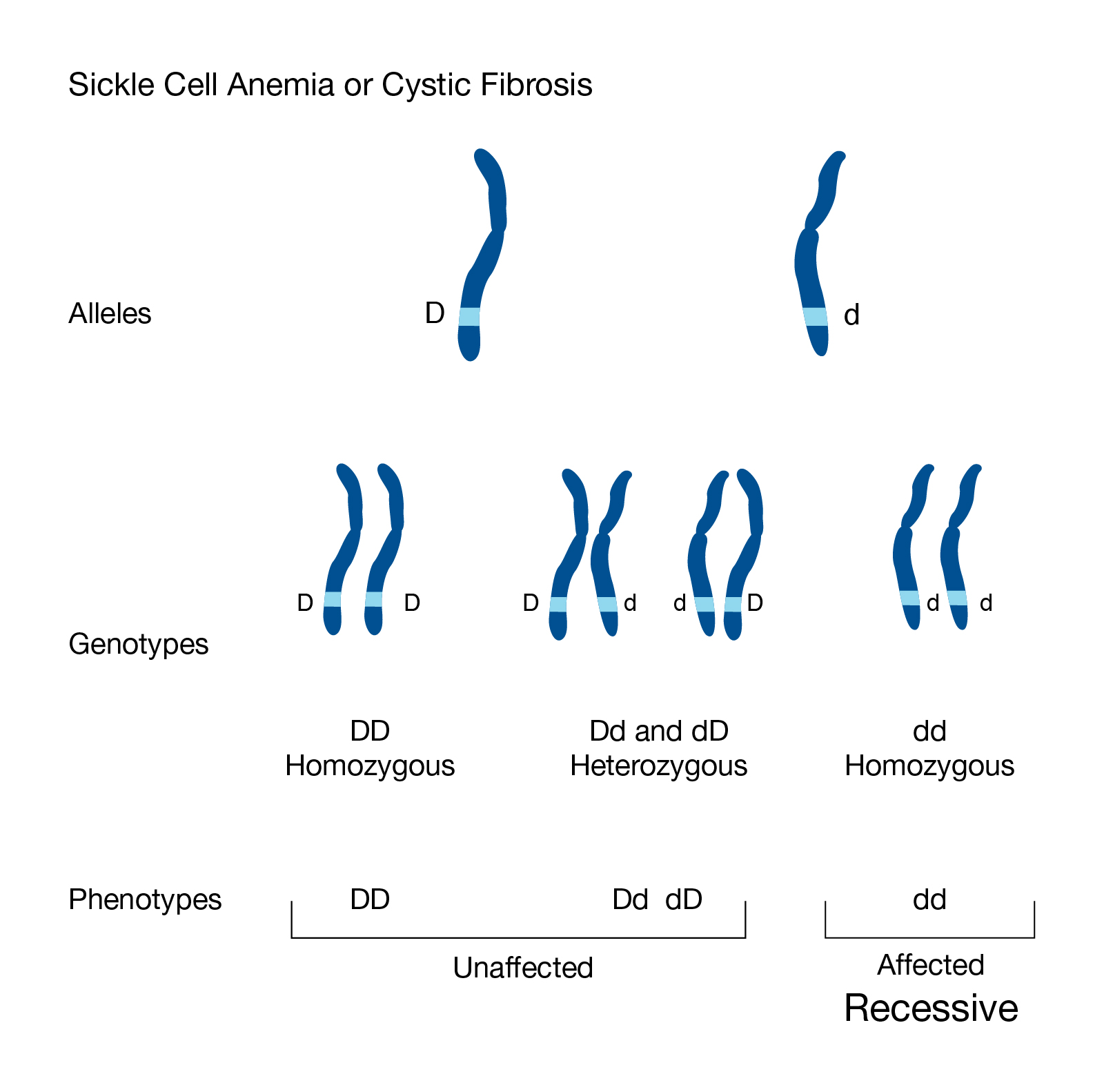