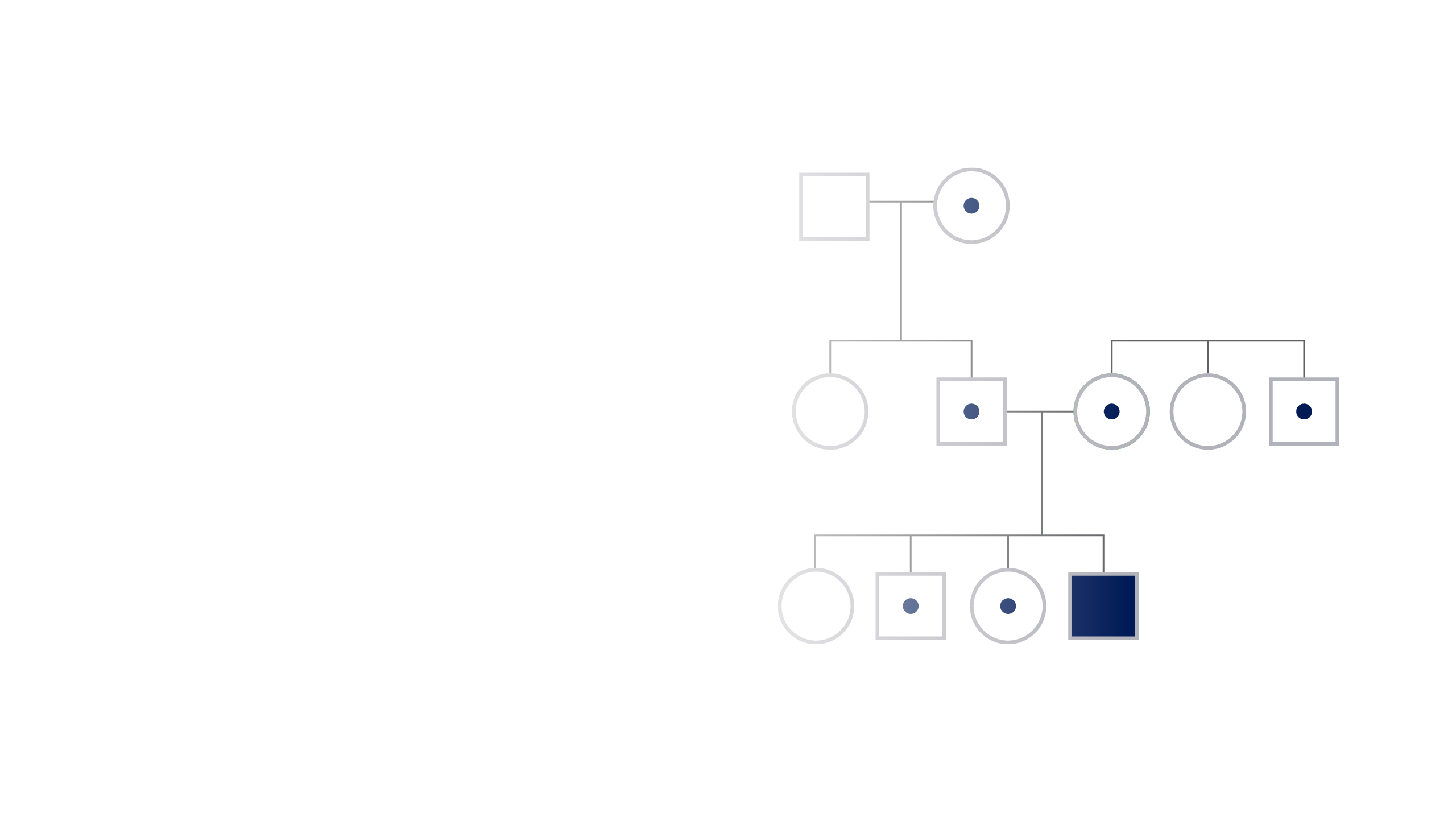 Recessive, as related to genetics, refers to the relationship between an observed trait and the two inherited versions of a gene related to that trait. Individuals inherit two versions of each gene, known as alleles, from each parent. In the case of a recessive trait, the alleles of the trait-causing gene are the same, and both (recessive) alleles must be present to express the trait. A recessive allele does not produce a trait at all when only one copy is present. This contrasts to a dominant trait, which requires that only one of the two alleles be present to express the trait. 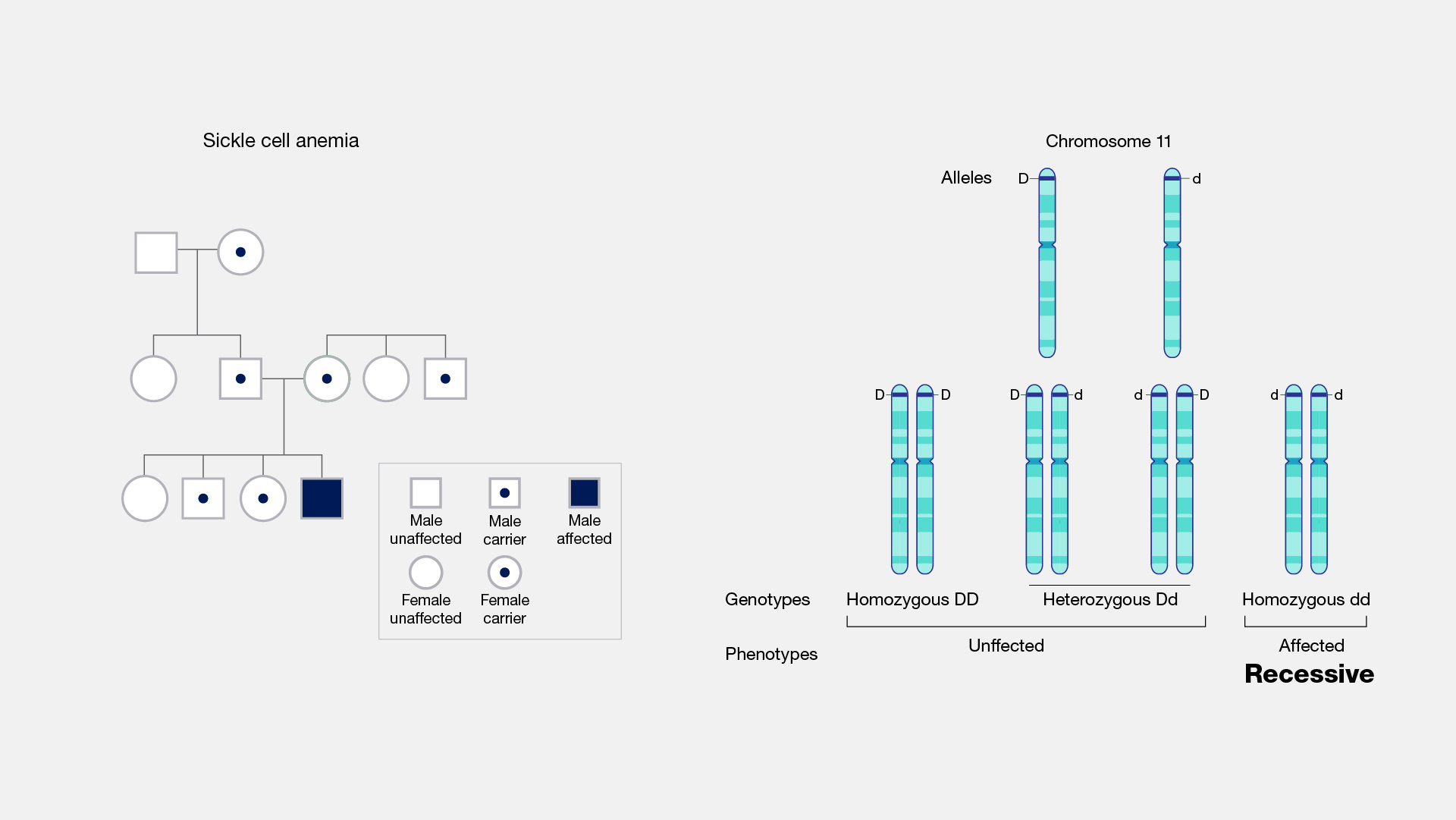 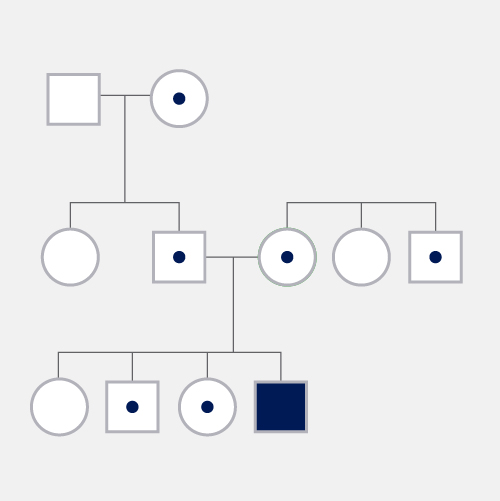