A retrovirus is a virus that uses RNA as its genetic material. When a retrovirus infects a cell, it makes a DNA copy of its genome that is inserted into the DNA of the host cell. There are a variety of different retroviruses that cause human diseases such as some forms of cancer and AIDS. 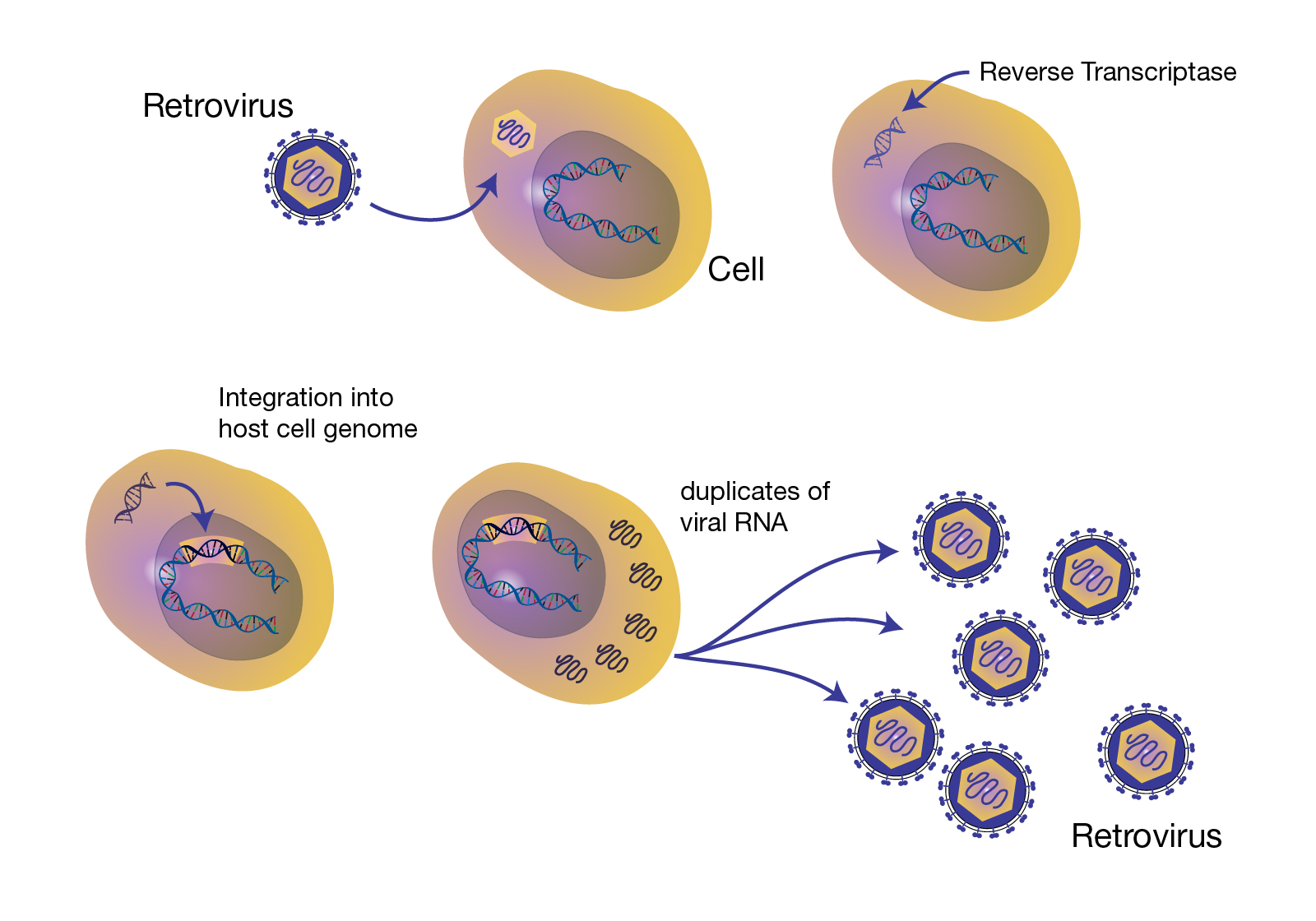 Retroviruses have undergone quite an explosion in our knowledge in about the last 40 years. The term "retrovirus" means it behaves backwards from the original way that we all think about genetics, which is that DNA makes RNA, and RNA makes protein. So retroviruses have an RNA genome, and when they get into cells that RNA is reverse-transcribed into DNA, so it goes backwards. The DNA is then inserted into the genome of the cell, so when the cell divides, it copies this, and it begins to express RNA. Some of that RNA is translated into proteins, which are needed to package the retrovirus. And another of those RNAs is the RNA genome that goes into those packaging materials and is excreted from the cell and goes on to infect other cells. So there are many different kinds of retroviruses. Now, the most famous one right at the moment is the human immunodeficiency virus which causes acquired immunodeficiency syndrome, or AIDS. But there are many different kinds of retroviruses that are associated with diseases, including cancer, leukemia, and AIDS, obviously. Finally, retroviruses have been tamed for use in gene therapy, so it is possible to take out all of the genes that allow the retrovirus to replicate itself and replace that with a gene that the particular cell that you're interested in is missing. And so using the integrating ability of a retrovirus, you can actually take something that could ordinarily harm people and turn it into something that can be used as a therapeutic vehicle to make them better.