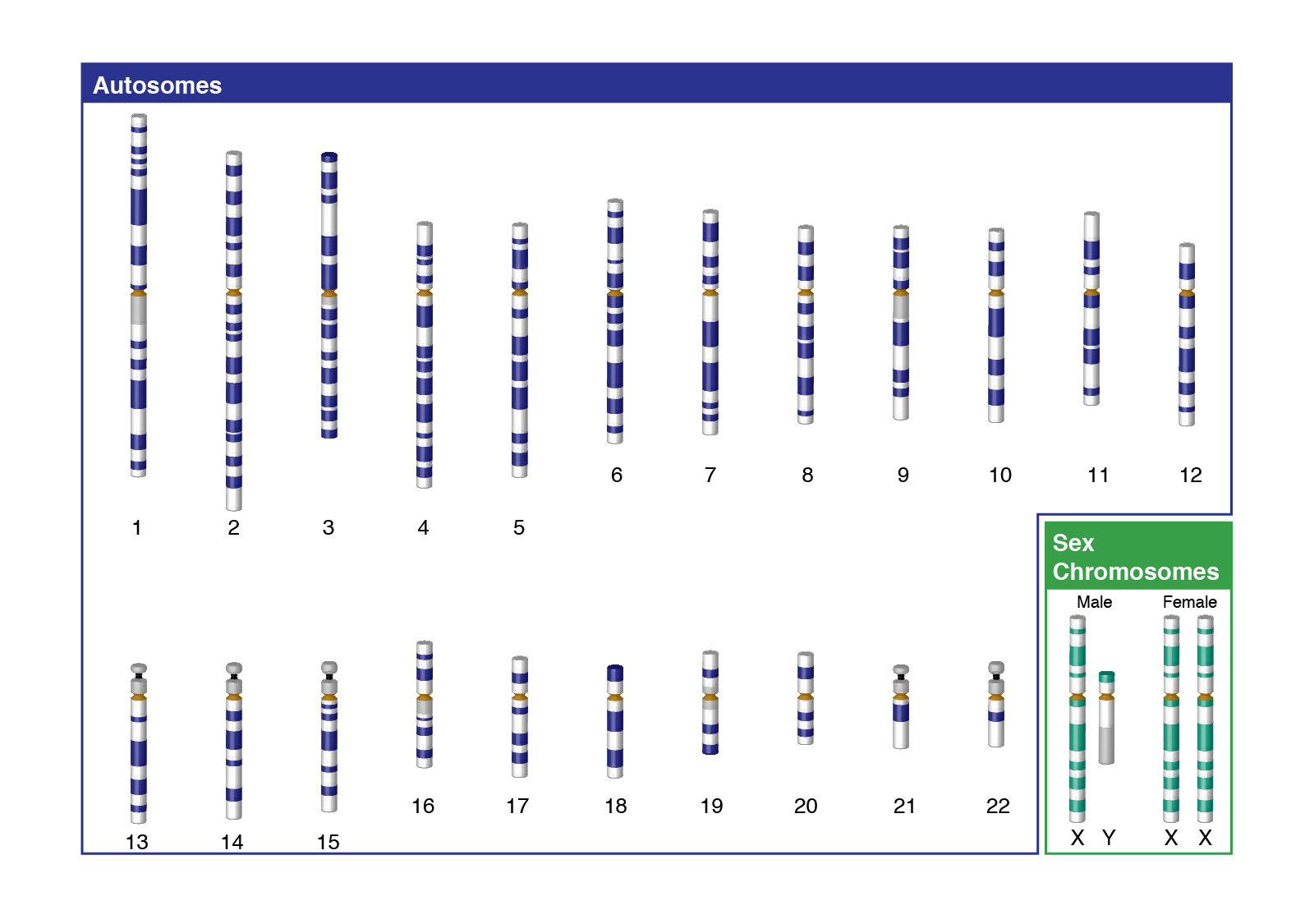 Y chromosome. Again this is one of two sex-linked chromosomes that is involved in the determination of gender. As you know, in humans, basically if you are male you carry the X and Y chromosomes. What's interesting about the Y chromosome is it's quite small in comparison, and there's always been this debate about if the Y chromosome is actually getting smaller and smaller over subsequent generations, which I think is really kind of an interesting phenomenon. It carries about 58 million base pairs, or only about two percent of the entire DNA in the cell. Even more interestingly, that only translates to about 70 to 200 genes. There have been a few genes that have been found on the Y chromosome, but to date, really, those things that make us male or female are not really very clear. And so, as small as it is, there's still a lot of work to be done to really understand what it is that the Y chromosome is doing with regard to maleness, but then just in general what its role is within the entire genome.