An ancient, sexually transmitted dog cancer - that may provide insights into human cancers because of the similarities in the dog and human immune systems - has baffled researchers until now. Canine transmissible venereal tumor, or CTVT, spreads when cancer cells move from one dog to the other during sexual contact, without the help of a virus or bacterium.

By comparing the genomes of 186 healthy dogs from a wide variety of species to two of the dog tumor genomes, researchers at the National Human Genome Research Institute (NHGRI), part of the National Institutes of Health, discovered genetic mutations that prevented the dogs' immune systems from detecting and fending off invading cancer cells. They reported their results online July 31, 2015, in the journal Genome Research.

"We figured out which genes the tumor modified so that it could escape the host dog's own immune system," said Elaine Ostrander, Ph.D., chief of the Cancer Genetics and Comparative Genomics Branch at NHGRI. "We know that such genes will prove critically important in understanding early stages of tumor growth in humans."

Dr. Ostrander, doctoral candidate Brennan Decker, evolutionary geneticist Brian Davis, Ph.D, and colleagues, built a comprehensive catalog of genetic variation of healthy dogs based on the team's compilation of genomes, along with work from others. Each dog genome had minor variations.

When they compared the healthy dog genomes to the unhealthy dog tumor genomes, they found mutations in the tumors' genes that are involved in the ability of the host's immune system to distinguish self from non-self. In other words, these mutations prevented the dog's immune system from recognizing the cancer cells as dangerous outsiders. 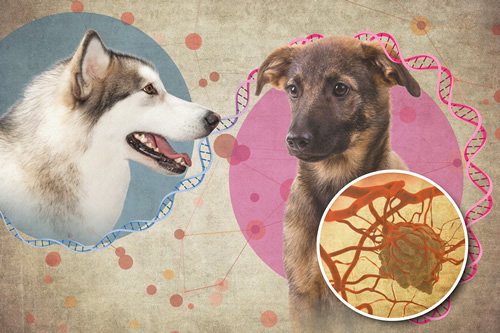 "The immune systems in dogs with tumors had lost the ability to recognize cancer cells because of many repeated, and sometimes redundant, genetic mutations in the tumor cells," Dr. Davis noted. "From an evolutionary perspective, this cancer is a parasitic cancer that does what it has to do to survive and has been doing it successfully for more than five thousand years."

"Most tumors employ strategies to avoid destruction by the immune system, but CTVT has been doing this longer and more effectively than any other known cancer," Mr. Decker said. "CTVT and its genome provide a unique window into the interaction between the tumor and the immune system. By studying this extreme example, we may improve our understanding of this key component of cancer biology."

The researchers determined that CTVT mimicked other cancer survival strategies, including finding ways to disrupt programmed cell death, a normal process by which aging or damaged cells die. They also discovered mutations in housekeeping genes that repair broken DNA, a backup process for cells that are damaged, and in others that help keep the genome stable and working smoothly.

Dr. Ostrander said that studying CTVT may provide valuable insights into cancer metastasis, the process by which the disease spreads in the body. "The question is, how do the cancer cells and the tumor escape immune surveillance? Most cells that mutate in the body - say from aging or sun exposure - are swept away by the immune system," she said. "How have the tumor cells mutated so that they don't get picked up by the normally functioning dog immune system? We're interested in the early process that has gone awry."

"Once we understand the core mutations that allow CTVT to escape the dog immune system, we can understand human tumors' strategies to accomplish this. Understanding immune evasion strategies in this tumor can help understand generalizable mechanisms for human cancers as well."

The scientists are continuing to accumulate dog genomes for their catalog, and plan further studies on CTVT, including on dog tumors from other parts of the world. 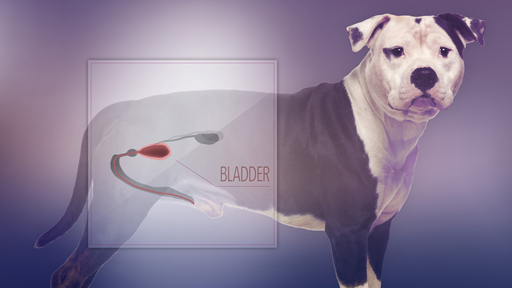