By outward appearances, plants and animals don't seem to have much in common. When it comes to their immune systems, however, they might be more similar than their exteriors suggest. Researchers at the National Human Genome Research Institute (NHGRI) have discovered an immune mechanism in humans, known as a "guard" mechanism, which was once thought to exist only in plants. They've published their results in the June 6 online journal Nature Immunology.

The Guard Mechanism in Humans

The guard mechanism in plants and animals has evolved as a unique way for the host immune system to perceive a potential threat and launch an effective counter defense. This mechanism is unique, because instead of immune molecules sensing and responding to a pathogen directly, which was thought to be the sole counter defense in human innate immunity, this guard mechanism senses a physiological change in the cell, which often occurs through a domino effect. 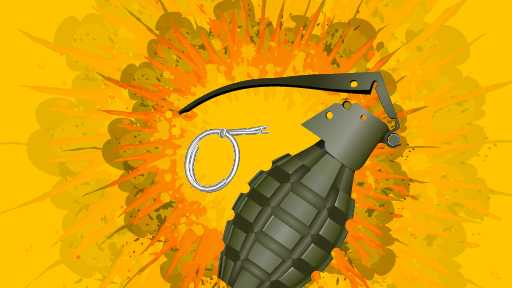 Dan Kastner, M.D., Ph.D., the scientific director of the Division of Intramural Research and head of the Inflammatory Disease Section at NHGRI, whose lab published the study, explained that scientists had searched for years to find a guard mechanism in the human immune system, but it remained elusive.

"This study is the first demonstration of the guard mechanism in humans," Dr. Kastner said.

In normal human physiology, the innate immune system responds to pathogens, like bacterial toxins, through full-blown fever and a recruitment of inflammatory molecules and white blood cells to annihilate the pathogen - a response, in some cases, that's orchestrated by a complex known as the pyrin inflammasome.

However, in certain diseases such as the autoinflammatory disorder known as familial Mediterranean fever (FMF), the inflammatory response has gone awry.

FMF is characterized by seemingly spontaneous high fever and an over-production of the inflammatory molecule, interleukin-1beta (IL-1β). Normally, IL-1β production is a good thing because it signifies that the body is working to push out the infection. However, in FMF, this build-up of IL-1β can be severe and lead to many unwelcome consequences: a swelling in the joints, chest pain, severe abdominal pain and, if left untreated, kidney failure and death. FMF is normally caused by a mutation in the gene that encodes the pyrin protein, but certain bacterial infections spark the same activation of the pyrin inflammasome.

By studying the body's immune response to bacterial toxins, in the context of FMF, the researchers gained a deeper understanding of how the pyrin inflammasome functions during normal physiology, as well as in patients with FMF.

Using mouse models and human cell lines, the researchers disrupted each step of the signaling pathway to pinpoint how the guard mechanism works. They found that bacterial toxins paralyze a molecule known as RhoA - a critical structural component of the cell - and then went on to fully characterize the domino effect that leads to activation of the pyrin inflammasome by removing the guard mechanism.

Jae Jin Chae, Ph.D., the senior author on the study, likened the guard mechanism to a safety pin on a grenade. Under normal physiological conditions, RhoA starts a chain reaction that results in an inhibitory protein binding to pyrin, blocking the inflammasome from being activated. When certain toxins enter the body, though, they paralyze the RhoA, which prevents the whole chain from happening and, like a grenade, the body explodes into high fever and over-production of IL-1β.

Through this work, the researchers also demonstrated that current treatments for FMF are working to restore RhoA, effectively putting the safety pin back in place and quelling the inflammation and fever.

The guard mechanism in plants and animals might have evolved to allow hosts to defend themselves against a wider range of pathogens through a single mechanism, instead of developing pathogen-specific defenses, Dr. Chae explained.

Studies like these are not only innovative in demonstrating mechanisms of immunity shared with our leafy friends, but are also fundamentally important to providing insights into processes like inflammation that, to date, are still not well understood in certain diseases, like FMF. These findings provide a greater understanding of the mechanisms of innate immunity that play a role in many human illnesses and may one day inform better treatment plans for patients with FMF and other inflammatory conditions. 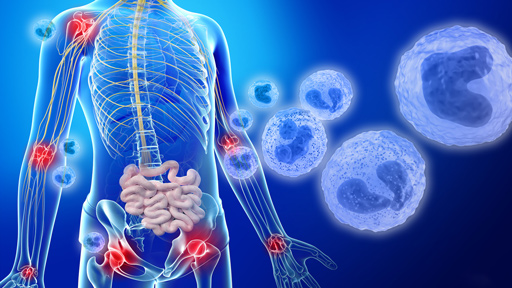