NIH-backed African scientists are engaged in a global research endeavor to understand the genetic basis of disease in all populations. But this can only be done by including populations that are the most genetically diverse.

Studies have shown that African populations contain the oldest and most diverse set of human genes. However, most studies of the human genome have focused on European ancestry populations. By not exploring genetic variation within African populations, opportunities are missed to advance not only the understanding of disease within those populations, but also for humans across the globe.

In 2010, the National Institutes of Health (NIH) Common Fund and the United Kingdom's Wellcome Trust, in partnership with the African Society of Human Genetics, introduced the Human Heredity and Health in Africa (H3Africa) program. H3Africa supports African scientists conducting research on the genetic and environmental factors of disease. Five years after the program's first grants were awarded, researchers are building collaborative research networks, designing education and training initiatives, developing ethics guidelines for conducting research on African populations, and making discoveries about genetics and human health. 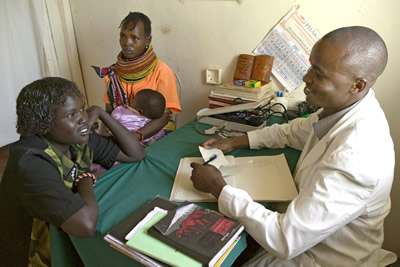 Yet, for H3Africa researchers, the path forward has not been without itschallenges.

Language, culture and the education level of study subjects can make research challenging for African researchers. Jantina De Vries, D.Phil., a researcher at the University of Cape Town in South Africa, coordinated a study on rheumatic heart disease, performing blood draws and heart imaging on thousands of healthy participants. Unfortunately, she said, the participants thought they were being screened for rheumatic heart disease, which they were told about in the consent process.

"No matter how we tried to address this, it was difficult to correct this misunderstanding," said Dr. De Vries.

"Genomics research is very new on parts of the continent and it's often difficult to describe concepts like genes and genomics in local languages," said Paulina Tindana, Ph.D., an H3Africa-funded bioethicist at the Navrongo Health Research Centre in Ghana. "The dialect and the description of the research have to be appropriate for local people to give consent to participate."

Dr. Tindana and her colleagues work with H3Africa scientists to ensure they're using culturally relevant consent forms. Creativity and flexibility are important; some research groups translate consent forms into local languages, while other groups use agricultural references to help explain how people can inherit diseases and traits. One group produced a series of comic books with culturally appropriate superheroes to help local youth understand genomics.

Despite these challenges, there is no lack of enthusiasm for the research. "Many genomics studies have implications for both individuals and communities, so it's helpful to engage communities where research is done and explain why it can be important," said Dr. Tindana. "They want to be partners in research."

Christian Happi, Ph.D., professor in the Department of Biological Sciences at Redeemer's University in Ede, Osun State, Nigeria, knows all too well that long delays in getting supplies and expensive equipment can also hinder research progress. "The supply chain represents a big problem...and we are dependent on other countries like the United States for reagents and equipment."

Dr. Happi's collaborators at Harvard University provide him with the needed materials, but using middlemen to purchase materials can cost three times as much as buying directly in the United States. Even so, his group studying fevers in rural areas of Sierra Leone and Nigeria was at the forefront of the Ebola crisis and was instrumental in containing the spread of the disease in Nigeria.

In addition to the high cost of research materials, the continent's geography can represent a challenge to African researchers. Storing and transporting patient samples, particularly from rural villages to cities, isn't always successful and can take days on the road. Michele Ramsay, Ph.D., professor in the Division of Human Genetics at the National Health Laboratory Service and University of Witwatersrand in Johannesburg, South Africa, said that crossing borders with biological materials is often problematic: Fragile samples can get held up for weeks in customs. Scientists from her team hand-carry samples across difficult terrain and collaborators make sure dry ice is delivered daily to Customs during the clearance process.

"The resiliency and determination of the scientists and the people they are studying is incredibly inspiring," said Jennifer Troyer, Ph.D., H3Africa program director at the National Human Genome Research Institute (NHGRI), who helps coordinate the NIH-funding. "If something can't be done in one way, they find another way to do it. If there is one thing I have learned from working with this program, it's how to turn challenges into opportunities."

H3Africa is currently funded for more than $76 million over five years, and consists of 25 projects in 27 African countries that include biomedical and ethical research projects, a bioinformatics network, and three biorepositories in Nigeria, Uganda and South Africa, respectively. The repositories will eventually house biological samples for over 75,000 research participants.

The NIH Common Fund, along with NHGRI and other NIH institutes, and their partner funding agencies the Wellcome Trust and the Alliance for Accelerating Excellence (AESA), have committed to five more years of investment in H3Africa, but after that, it will likely be up to the researchers to find other sources of funding.

Dr. Troyer believes that greater investment by local governments in research, commerce, infrastructure and health care would help reduce some of the economic barriers to successful research.

H3Africa researchers hope to have a lasting effect both in improving the climate for collaborative genomics research in Africa and in implementing scientific discoveries for better health and hope the project can one day be self-sustained.

"If we can demonstrate our results can make a difference to patients and in training the next generation of African scientists," said Dr. Ramsay, "we can work through the public health systems to make a change." 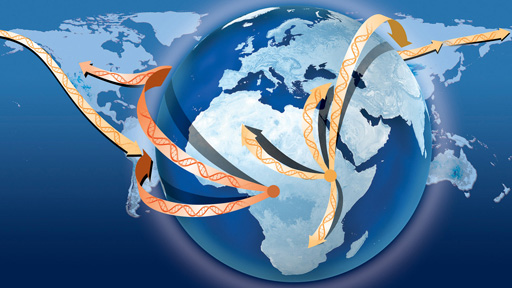