"Can you believe they make DNA sequencers the size of staplers?" asked Meni Wanunu, Ph.D. "Ideas that were crazy twenty years ago are now happening!"

Dr. Wanunu, assistant professor in the physics department at Northeastern University, is surely not alone in his astonishment. The field of DNA sequencing is full of ideas that are just crazy enough to work. We now have technology that uses light emitted from glowing molecules to figure out the correct order of a DNA sequence, and a cell phone-size device that harnesses electric current to decipher the genome.

"Parts of the genome remain hidden, or are extremely hard to analyze with current methods," said Jeffery Schloss, Ph.D., director of the Division of Genome Sciences at the National Human Genome Research Institute (NHGRI). "If we can't see what's there then we can't learn how it works. New technologies are still needed." 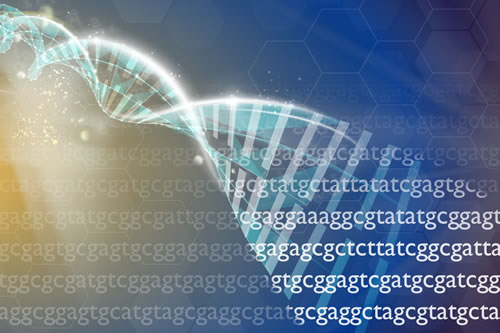 To that end, NHGRI is awarding $6.7 million in new research grants to develop DNA sequencing technologies that are more sensitive, faster, cheaper and more accurate than those we already have. These new awards are a re-up in an investment that began in 2004 through the Genome Technology Program.

"Direct RNA sequencing is one of the particularly exciting aspects of these new awards," said Michael Smith, Ph.D., program director for NHGRI's Genome Technology Program. "The awards enable novel research in RNA function across a broad swath of biomedical and biological research."

The information stored in our DNA is converted into RNA transcripts that serve many biological functions, including containing the basic instructions for making proteins. RNA is an essential product of the genome and, in one role, is directly responsible for which - and how much - protein is made in each cell of our bodies. However, in spite of numerous attempts to develop technology to directly sequence RNA, it continues to hide many of its mysteries.

Current methods, which use next-generation DNA sequencing to characterize all of the transcripts expressed at a given time (collectively known as the transcriptome), involve an intermediate step where researchers must convert the RNA into complementary DNA (cDNA) so that the current sequencing machines can read it. This is an imperfect copying process that, when combined with short sequencing reads, results in some transcripts being sequenced more easily than others, and in difficulty putting the transcriptome puzzle back together. These limitations ultimately lead to imprecise and incomplete read-outs of gene expression and transcript diversity.

Additionally, this way of doing things can completely miss reading the chemical modifications of RNA, explained Stuart Lindsay, Ph.D., professor of physics and chemistry at Arizona State University, and a grantee of the program. These chemical modifications can alter the function of an expressed gene or modify how stable it is in the cell.

The new ability to directly sequence the RNA will allow researchers to tackle an entirely new set of experiments. These experiments have broad applications not only in the research lab, but also in the clinic.

"The most compelling argument for the use of direct RNA sequencing is precision medicine," said Dr. Wanunu, whose award money will be used to overcome some of the challenges associated with direct RNA sequencing. "We can already sequence the genome of a person, and those six billion letters will tell you a lot about them, but the transcriptome can supplement that."

Dr. Lindsay agreed: "The transcriptome can be more medically informative than the genome in certain cases," he said. "Gene expression in a cancer cell is going to be different than in a normal cell."

Drs. Wanunu and Lindsay aren't alone in their creative approaches to problem solving. In total, six new awards have been made through a program called the Novel Nucleic Acid Sequencing Technology Development program (previously known as the Advanced Sequencing Technology Awards program). These projects focus on a variety of issues in nucleic acid sequencing such as work focused on direct RNA sequencing to further improvements on nanopore-based sequencing of DNA.

"This particular program is unique in many aspects," said Dr. Wanunu. "It has supported people from all different backgrounds of science from chemists, physicists, engineers to biologists. These challenges we face in this field are very real. Thanks to NHGRI, this program will continue to do wonders in order to improve nucleic acid sequencing technologies."

The following grants have been awarded to academic researchers:

Two small business grants were awarded to the following: