MMA is a rare genomic disease that impairs the body’s ability to metabolize certain proteins and fats. This causes toxic substances to build up, which may result in kidney disease, pancreatitis, movement disorders, intellectual impairments, complications in many organs and, in severe cases, death. One in 80,000 children born in the United States are diagnosed with MMA during newborn screenings. Currently, MMA is incurable, but people with MMA manage their symptoms through dietary restrictions and vitamin supplements. In extreme cases, patients receive liver or combined liver and kidney transplants, which help restore normal levels of metabolic proteins.

“Vast fluctuations in metabolic substances in the bodies of patients make it difficult for us to tell if treatments like genome editing and transplants are likely to be successful,” said Charles P. Venditti, M.D., Ph.D., senior author and senior investigator in the NHGRI Medical Genomics and Metabolic Genetics Branch. “Instead of looking at levels, we decided to measure metabolism itself.”

Vast fluctuations in metabolic substances in the bodies of patients make it difficult for us to tell if treatments like genome editing and transplants are likely to be successful. Instead of looking at levels, we decided to measure metabolism itself.

One form of MMA is caused by mutations in the methylmalonyl-CoA mutase gene (MMUT), which encodes for the MMUT protein. People with this form of MMA have a deficiency in the MMUT protein, which plays a pivotal part in metabolism. The protein is involved in the biological steps that help break down food, fats, cholesterol and amino acids.

MMUT helps break down food into a chemical byproduct called propionate, which is followed by an integral process involved in metabolism called oxidation. Through oxidation, a healthy body converts propionate into energy and carbon dioxide, which is exhaled, but that process is faulty for people with MMA.

Because MMUT protein function is compromised in people with MMA, Venditti and his team chose to assess how well the MMUT protein helped break down propionate in both patients who did and not did not receive treatment. The researchers believed this would act as a proxy for how much oxidation was happening in a patient’s body.

“We wanted to measure exhaled carbon dioxide because we planned to use a breath test to track oxidation of propionate in a non-invasive way,” said Irini Manoli, M.D., Ph.D., co-author and associate investigator in the NHGRI Medical Genomics and Metabolic Genetics Branch. “The trick was to somehow 'mark' the carbon dioxide so we could see which patients are unable to oxidize propionate because of a faulty MMUT protein.”

Usually, the carbon dioxide we exhale as a result of propionate breaking down in the body contains a lighter, more common form of carbon, carbon 12. But because carbon dioxide that contains carbon 12 is released by several metabolic processes in the human body, simply measuring carbon dioxide exhaled by MMA patients would not show how well MMUT helped oxidize propionate.

To detect if the MMUT protein was functioning properly, researchers gave patients a dose of the heavier, less abundant version of carbon — carbon 13 — via a commercially available food additive.

The team recruited 57 study participants, including 19 MMA patients who had received transplants (liver, kidney or both) and 16 healthy volunteers. Researchers gave participants a dose of the food additive containing carbon 13 via a drink or through a feeding tube, and then collected their breath samples after a two-minute wait.

The researchers measured how much of the exhaled carbon dioxide contained the usual carbon 12 compared to added carbon 13. As hypothesized, MMA patients who did not receive any treatment had lower levels of carbon 13 than healthy volunteers. By contrast, MMA patients with liver transplants had higher levels of carbon 13, similar to the healthy volunteers. This result indicated that the MMUT protein was helping oxidize the carbon 13 molecules by bonding with inhaled oxygen molecules.

Currently, the test is only available for use at the NIH Clinical Center; however, the researchers hope it will soon be broadly adopted for clinical and research use.

“Our next goal is to see if this specialized breath test can detect increase in carbon 13 propionate oxidation after gene, mRNA or genome editing therapies,” Venditti said. “This way, we can also use this test to measure how effective these treatments are in restoring MMUT function.”

About NHGRI, NIDDK, NIMH and NIH

The National Institute of Diabetes and Digestive and Kidney Diseases (NIDDK), a component of the National Institutes of Health (NIH), conducts and supports research on diabetes and other endocrine and metabolic diseases; digestive diseases, nutrition and obesity; and kidney, urologic and hematologic diseases. Spanning the full spectrum of medicine and afflicting people of all ages and ethnic groups, these diseases encompass some of the most common, severe, and disabling conditions affecting Americans. Additional information about the NIDDK and its programs can be found at: www.niddk.nih.gov.

About the National Institute of Mental Health (NIMH): The mission of the NIMH is to transform the understanding and treatment of mental illnesses through basic and clinical research, paving the way for prevention, recovery and cure. For more information, visit www.nimh.nih.gov. 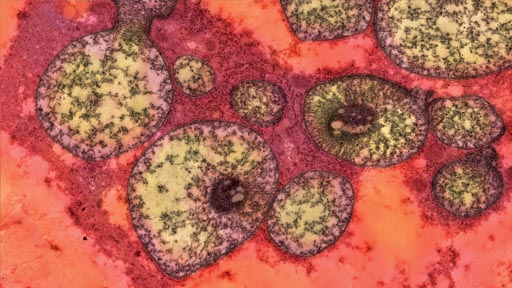