Looking across evolutionary time and the genomic landscapes of humans and mice, an international group of researchers has found powerful clues to why certain processes and systems in the mouse - such as the immune system, metabolism and stress response - are so different from those in people. Building on years of mouse and gene regulation studies, they have developed a resource that can help scientists better understand how similarities and differences between mice and humans are written in their genomes.

How Genomes are Regulated

Their findings ­­- reported by the mouse ENCODE Consortium online Nov. 19, 2014 (and in print Nov. 20) in four papers in Nature and in several other publications - examine the genetic and biochemical programs involved in regulating mouse and human genomes. The scientists found that, in general, the systems that are used to control gene activity have many similarities in mice and humans, and have been conserved, or continued, through evolutionary time.

The results may offer insights into gene regulation and other systems important to mammalian biology. They also provide new information to determine when the mouse is an appropriate model to study human biology and disease, and may help to explain some of its limitations.

The latest research results are from the mouse ENCODE project, which is part of the ENCODE, or ENCyclopedia Of DNA Elements, program supported by the National Human Genome Research Institute (NHGRI), part of the National Institutes of Health. ENCODE is building a comprehensive catalog of functional elements in the human and mouse genomes. Such elements include genes that provide instructions to build proteins, non-protein-coding genes and regulatory elements that control which genes are turned on or off, and when.

"The mouse has long been a mainstay of biological research models," said NHGRI Director Eric Green, M.D., Ph.D. "These results provide a wealth of information about how the mouse genome works, and a foundation on which scientists can build to further understand both mouse and human biology. The collection of mouse ENCODE data is a tremendously useful resource for the research community."

"This is the first systematic comparison of the mouse and human at the genomic level," said Bing Ren, Ph.D., co-senior author on the Consortium's main Nature study and professor of cellular and molecular medicine at the University of California, San Diego. "We have known that the mouse was mostly a good model for humans. We found that many processes and pathways are conserved from mouse to human. This allows us to study human disease by studying those aspects of mouse biology that reflect human biology."

In many cases, the investigators found that some DNA sequence differences linked to diseases in humans appeared to have counterparts in the mouse genome. They also showed that certain genes and elements are similar in both species, providing a basis to use the mouse to study relevant human disease. However, they also uncovered many DNA variations and gene expression patterns that are not shared, potentially limiting the mouse's use as a disease model. Mice and humans share approximately 70 percent of the same protein-coding gene sequences, which is just 1.5 percent of these genomes.

For example, investigators found that for the mouse immune system, metabolic processes and stress response, the activity of some genes varied between mice and humans, which echoes earlier research. The researchers subsequently identified genes and other elements potentially involved in regulating these mouse genes, some of which lacked counterparts in humans. "We look at the mouse genome as a book with certain sections added and certain sections taken out by evolution. That may be a result of mouse and human adaptation to their respective environments," said Dr. Ren, who is also a member of both the UC San Diego Moores Cancer Center and the Ludwig Institute for Cancer Research, San Diego.

"In general, the gene regulation machinery and networks are conserved in mouse and human, but the details differ quite a bit," noted co-senior author Michael Snyder, Ph.D., director, Stanford Center for Genomics and Personalized Medicine, Stanford University, Stanford, California. "By understanding the differences, we can understand how and when the mouse model can best be used."

In the Nature papers, the researchers compared gene transcription, chromatin modification and other processes that control gene activity in a wide range of mouse and human tissues and cell types. Transcription is the process by which a gene's instructions are read. Chromatin is the protein packaging that helps regulate genome function by controlling access to DNA; changes in this packaging can affect gene regulation.

While both species carry a core group of similar programs to regulate gene activity, the researchers found that differences appeared in specific tissue and cell types.

"We didn't know before these results came out that there are a large number of genes with expression levels systematically different between mouse and human," said Ross Hardison, Ph.D., director, Huck Institute for Comparative Genomics and Bioinformatics at Pennsylvania State University, University Park, and a co-senior author on the main Nature study and other publications. "Now we know which genes have expression patterns conserved between mouse and humans. For biological processes using these genes, mouse is an excellent model for aspects of human biology." Dr. Hardison noted that the opposite is also true: researchers need to take into account systematic differences in gene expression patterns between the species when considering the mouse as a model for humans.

Two companion studies further illustrate differences between mouse and human. Co-senior Nature author John Stamatoyannopoulos, M.D., associate professor of genome sciences and medicine at the University of Washington, Seattle, and his colleagues compared more than 1.3 million genome locations called DNase 1 hypersensitivity sites (which identify regulatory DNA) in 45 mouse cell and tissue types to those in humans. They reported in Science that about 35 percent of these elements were shared by mouse and human and were active in different types of cells. "We looked inside the shared regulatory sequences and found mouse and human genomes to have a common language in regulation, but that there is a tremendous amount of flexibility in evolution. For example, an element active in the mouse liver might be repurposed to be active in the brain in the human," he said. "Such repurposing represents a tremendously facile switch that nature can use to achieve regulatory control."

In a study in the Proceedings of the National Academy of Sciences, Dr. Snyder and his colleagues compared gene expression in 15 different tissue types in mice and humans. Contrary to previous evidence, they found that some aspects of the gene readouts were more similar between different tissues in the same species than they were between the same tissues in both species.

More than a dozen related studies also appear or will appear in journals such as Genome Research, Genome Biology, Blood, and Nature Communications.

ENCODE data are freely shared with the biomedical community, and the mouse resource has been used by outside researchers in about 50 publications to date. 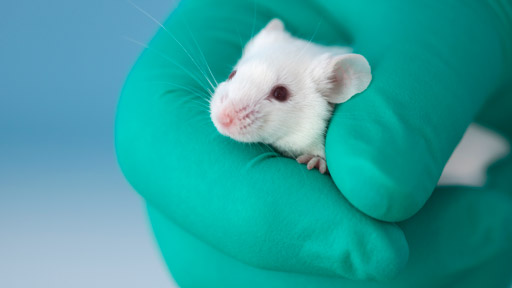