Researchers at the National Human Genome Research Institute (NHGRI) and their collaborators are studying the puzzling link between a common disorder, Parkinson's disease, and a rare disorder, Gaucher disease, by cross-breeding mice to carry human mutations causing each of the two diseases. They published their findings in the December 2017 issue of Molecular Genetics and Metabolism.

A Puzzling Link Between Diseases

A single mutation in the Gaucher disease gene, GBA1, is frequently found in patients who have Parkinson's disease, a neurodegenerative movement disorder. Individuals who inherit two mutant copies of GBA1 have Gaucher disease, a rare lipid storage disorder characterized by enlargement of the spleen, frequent bleeding and bruising, and weakened bones. Researchers have found it difficult to understand the role of GBA1 mutations in the seemingly unrelated Parkinson's disease, which is characterized by tremors, muscular rigidity and slowed movements. Patients with Parkinson's disease who carry GBA1 mutations, tend to exhibit symptoms of the disease earlier and have more aggressive symptoms.

People with Parkinson's disease often have increased levels of alpha-synuclein, a small protein with a tendency to clump that can affect the neurons controlling movement. 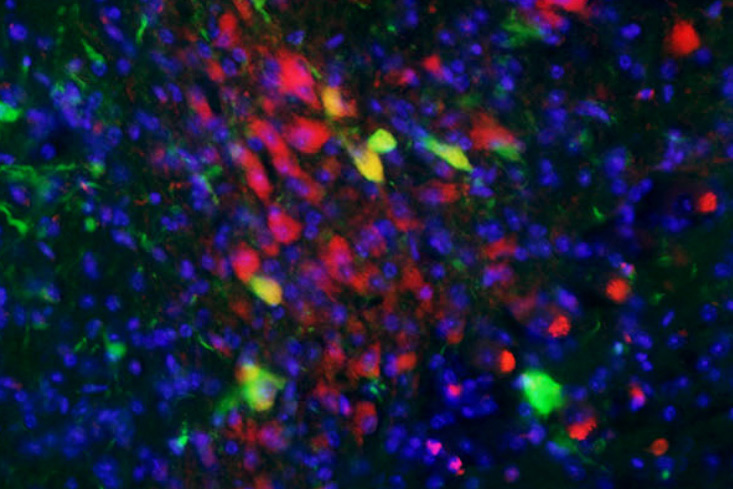 In the study, the authors used a Parkinson's disease mouse model that carried extra copies of a mutated form of alpha-synuclein. These mice were then mated with mice missing a copy of the GBA1 gene.

The resulting mice - with both extra mutated alpha-synuclein and a missing copy of GBA1 -- developed neurological symptoms faster than the Parkinson's mice with normal GBA1. They also died weeks to months earlier. This is similar to what is often seen in people with Parkinson's disease who carry GBA1 mutations. The results suggest that mutations in GBA1 may play a role in the development of Parkinson's disease that is different from its role in Gaucher disease, said Ellen Sidransky, M.D., corresponding author and a senior investigator in NHGRI's Medical Genetics Branch.

"Understanding why the cross-bred mice get sick faster and die earlier will help researchers better establish why mutant GBA1 contributes to the development of Parkinson's disease," Dr. Sidransky said. "While clumped alpha-synuclein was seen in brains from all of the mice with the extra copies, we were surprised to find that the sicker mice lacking one copy of GBA1 did not show more of these clumps."

Nahid Tayebi, Ph.D., first author on the study and a staff scientist in Dr. Sidransky's lab, analyzed more than 200 individual mice for as long as two years. Also contributing to the study were researchers with the National Heart, Lung, and Blood Institute, the National Institute of Neurological Disorders and Stroke, the University of Florida, Northwestern University, Washington University in St. Louis and the University of Massachusetts.

Dr. Sidransky and her colleagues are now studying samples from different brain regions of these new cross-bred mice to discover what role GBA1 plays in the development of Parkinson's disease, focusing on what is different about the cross-bred mice. Ultimately, this mouse model can be used to develop and evaluate new treatments for Parkinson's disease and, potentially, the most severe forms of Gaucher disease that affect the brain, she said.

Last year, Dr. Sidransky and other researchers identified a promising molecule, NCGC607, which helps to "chaperone" glucocerebrosidase, the mutated GBA1 protein, so that it can still function. In stem cell-derived neurons made from samples from patients with Parkinson's disease with GBA1 mutations, NCGC607 reversed the lipid accumulation and lowered the amount of alpha-synuclein, suggesting a possible new treatment strategy for Parkinson's disease.

Gaucher disease affects an estimated 1 in 50,000 to 1 in 100,000 people in the general population. People of Eastern and Central European (Ashkenazi) Jewish heritage are more likely to get Gaucher disease. 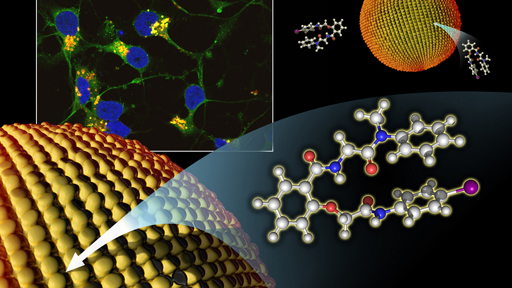