Sooner than almost anyone expected, a new, genome-based technology for demystifying undiagnosed illnesses - particularly rare childhood diseases - is moving from research laboratories into general medical practice. Now, two leading scientists have sketched out what doctors need to know in order to use the new technology effectively.

A Tool for Clinicians

"This primer illustrates how rapidly the use of genome sequencing has moved into clinical practice," said NHGRI Director Eric D. Green, M.D., Ph.D. "Its authors lay out an approach for physicians to follow when using these exciting new technologies."

Several thousand physicians already have ordered clinical genome or exome sequencing (CGES) for their patients, Leslie G. Biesecker, M.D., of the National Human Genome Research Institute and Robert C. Green, M.D., M.P.H., of Brigham and Women's Hospital and Harvard Medical School, Boston, note in the June 19, 2014, issue of The New England Journal of Medicine (NEJM). Biesecker, chief of NHGRI's Medical Genomics and Metabolic Genetics Branch, predicted that about 10,000 such tests will be ordered this year, and even more than that next year.

"The technologies that were used for the Human Genome Project are now distilled down to practical tools that clinicians can use to diagnose and, hopefully, treat diseases in patients that they couldn't treat before," Dr. Biesecker said. "It's come much faster and developed more quickly and become more useful clinically than I think any reasonable person would have suggested just 10 years ago. At that time, I don't think anybody would have taken you seriously if you had said that in 2014, tens of thousands of patients would be getting clinical genome and exome sequencing."

Exome sequencing amounts to an abridged version of the more complete, but more costly, genome sequencing. Instead of targeting 3 billion base pairs of a human's genome, exome sequencing focuses on the DNA segments, known as exons, that code for proteins. These make up 1 to 2 percent of the human genome and account for about 20,000 genes. Once a patient's DNA is extracted and the exons sequenced, computer programs identify differences between the patient's DNA and a reference sequence for the human genome. These variants may point to the cause of the patient's disease. In an NHGRI-funded study published in the NEJM last year, exome sequencing identified the genetic cause of disease in about 25 percent of patients. The technique has identified causative or contributory gene variants in a host of diseases, including Charcot-Marie-Tooth disease, mental retardation, other neuropathies, metabolic disorders, epilepsy, cardiomyopathy, cancer and amyotrophic lateral sclerosis (ALS, or Lou Gehrig's disease).

"This is a transformative moment in the history of medicine as we begin to integrate genome sequencing into the care of patients," said Dr. Robert Green, who leads the NHGRI-funded MedSeqtm Project and several other translational genomics research projects at Brigham and Women's Hospital and Harvard Medical School. "While our focus in this article is on the use of sequencing in cases where diagnosis is difficult, the sequence is just the beginning. We can expect these technologies to help us transition our entire approach in medicine to more personalized and preventive care."

Whether and to what degree health insurance companies will pay for genome or exome sequencing are open questions. So far, as with other genetic tests, insurers have covered some cases, "Anecdotally, some labs are telling us that insurers are reimbursing for these," said Dr. Biesecker.

The authors agree that physicians must understand that exome sequencing can't answer all questions and isn't appropriate for all patients. The purpose of their article is to outline what physicians need to know in order to use it properly. For example:

In their NEJM article, the authors make clear that exome sequencing will be used across a spectrum of medical specialties and not just by geneticists. "We think that physicians from different specialties can order this test if they're willing to take the time and commit to the effort to learn what the test is, what it isn't, how it works, what it tells you and doesn't tell you, and how to use the results," Dr. Biesecker explained.

Some experts have questioned whether genome and exome sequencing is ready for broad application-or more precisely, whether the medical community is well enough versed in genetics to recognize the strengths and weaknesses of the testing. The authors note that, ready or not, the technology is here, physicians are ordering genome and exome sequencing for their patients and use will only increase.

The National Human Genome Research Institute is one of the 27 institutes and centers at the National Institutes of Health. The NHGRI Division of Intramural Research develops and implements technology to understand, diagnose and treat genomic and genetic diseases. The NHGRI Extramural Research Program supports grants for research and training and career development at sites nationwide. Additional information about NHGRI can be found at www.genome.gov. 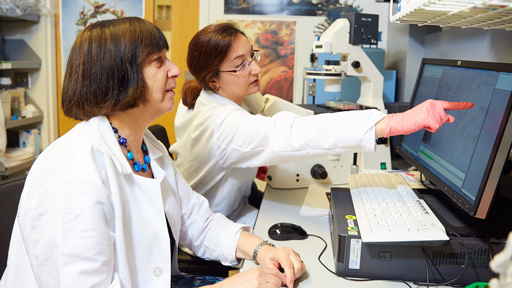