A new study by researchers at the National Human Genome Research Institute (NHGRI) is challenging traditional practices for validating DNA sequencing results. The research suggests that newer, faster, "next-generation" DNA sequencing (NGS) methods are as accurate - and perhaps more accurate - than Sanger sequencing, a time-tested technique that is typically used to confirm NGS results. The study may have important implications for the DNA sequencing of clinical samples, and perhaps affect the diagnostic pipeline for genetic tests.

Leslie Biesecker, M.D., chief of the Medical Genomics and Metabolic Genetics branch at NHGRI, and his co-workers, reported their findings March 28, 2016 in the online edition of the journal Clinical Chemistry.

The Sanger sequencing method burst onto the genetics scene in the late 1970s and researchers came to regard it as the gold standard for DNA sequencing. Developed in England by Frederick Sanger in 1977, Sanger sequencing finally allowed scientists to distinguish the order of the chemical bases that make up the DNA molecule, enabling them to understand the instructions inside the cell to build proteins and other molecules the cell needs to carry out its tasks. 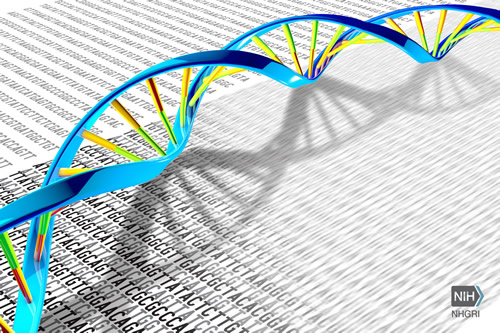 In the early 2000s, NGS began to supplant Sanger sequencing because of its ability to sequence millions of pieces of DNA at the same time - compared to only 384 at a time with Sanger - making NGS faster and less expensive. The current standard "best practice" in some clinical genome sequencing laboratories requires positive NGS findings to be confirmed with Sanger, meaning longer processing times and greater costs.

But some question this practice. "Many labs and agencies regard Sanger sequencing as a standard for sequencing DNA," said Dr. Biesecker, "though there is a lack of data showing that it's more accurate than newer methods."

In addition, several studies in recent years have suggested that NGS can identify differences in the DNA sequence - called genomic variants - as accurately as Sanger sequencing.

To compare both methods, Dr. Biesecker's group used patient DNA samples from ClinSeq®, an NHGRI DNA sequencing project aimed at examining the genomic make-up of 1,500 mostly healthy individuals. Dr. Biesecker, who is the principal investigator for ClinSeq®, took advantage of the fact that many of the participants' DNA samples had been analyzed by both NGS and Sanger sequencing and as a result provided an ideal sample set to study.

"These data are many times larger than any other research group has looked at," Dr. Biesecker said. "We were able to examine millions of DNA base pairs that were sequenced by both NGS and Sanger sequencing."

"These data are many times larger than any other research group has looked at," Dr. Biesecker said. "We were able to examine millions of DNA base pairs that were sequenced by both NGS and Sanger sequencing."

The researchers used ClinSeq® samples to examine NGS data from 19 genes commonly examined in genetic tests in five participants and compared them to the results from Sanger sequencing of the same samples. Both methods identified the same 234 variants. The results suggested that Sanger validation would not be useful, Dr. Biesecker said, "because no discrepancies between the two techniques were identified." He noted, however, that 234 variants did not make up a large sample size from which to draw conclusions.

"There are two important conclusions from this work," Dr. Biesecker said. "First, the findings could only show two errors in 5,660 variants by using the Sanger confirmation approach, which is a confirmation rate of 99.965 percent. The second conclusion is that for 17 of the 19 disagreements, it was the Sanger that was wrong, not the NGS.

"We've shown that it doesn't make sense to use Sanger sequencing to confirm single DNA base substitutions because it may cause more diagnostic errors than it will correct," Dr. Biesecker said. He explained that most labs would base their decisions on the initial Sanger results, meaning that the 17 variants that were incorrect in the Sanger testing would have been discarded.

Dr. Biesecker said the results were surprising. "We didn't expect to find this at all," he said. "We expected that the Sanger sequencing would correct NGS that was wrong. Instead, this means that when a clinical lab uses Sanger sequencing to validate results, it is more likely to discard results that were in fact true from the NGS than it is to find NGS errors."

According to Dr. Biesecker, the findings bring into question whether Sanger sequencing should be routinely used to confirm NGS results for variants. However, because some genomic sequencing test results could have important medical implications for patients and families, he and his co-authors suggest that physicians who order the tests should decide when Sanger sequencing or other tests might be useful to confirm a result, instead of it being routine.

Dr. Biesecker noted that these data show that variants identified by NGS genetic testing are accurate and reliable, but like all other medical tests, genetic testing is not perfect. He suggested clinicians use their training and judgement when thinking about a genetic test result and whether or not they need to order a follow-up test or patient exam.

With the current use of Sanger sequencing as the standard method to validate NGS variant findings, the study's results will likely spur timely discussions, suggested Laura Lyman Rodriguez, Ph.D., director of the NHGRI Division of Policy, Communications and Education.

"The best methods to validate next-generation sequencing results have become increasingly important to understand as the technology has matured," said Dr. Rodriguez. "These results present an opportunity for the scientific, medical and policy communities to come together to examine the implications of this research on developing standards of practice in the field." 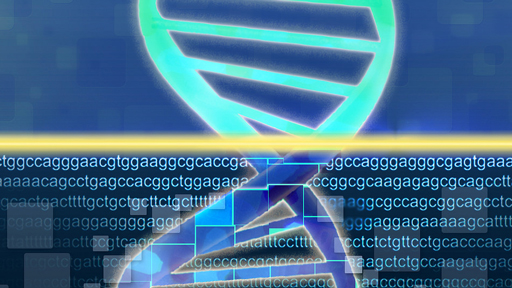