Researchers with the National Human Genome Research Institute (NHGRI) and their collaborators have identified a specific genomic signature of some aggressive prostate tumors, which may help health care providers pinpoint specific treatment options. Findings from the study were published April 15 online in The American Journal of Human Genetics.

"The genomic signature we discovered might be the most comprehensive way to identify a specific subgroup of prostate cancer tumors with a known treatment option," said Elaine Ostrander, Ph.D., the study's corresponding author and chief of NHGRI's Cancer Genetics and Comparative Genomics Branch. "New research in personalized medicine suggests that the best treatment options can be tailored to the specific genes or pathways that are malfunctioning in each patient's cancer."

In the United States, prostate cancer was diagnosed in an estimated 220,880 men and killed an estimated 27,540 men, according to 2015 statistics from the National Cancer Institute. The new finding focuses on BRCA2 mutations, which are associated with breast and ovarian cancer, but also increase men's risk for prostate cancer. Both men and women can inherit a faulty BRCA2 gene from either their mother or father. When working properly, the BRCA2 gene helps stop cells from becoming cancerous by producing proteins that fix damage to DNA. 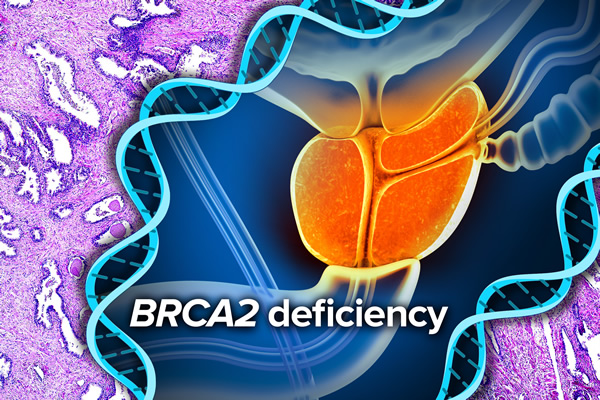 The research team used whole genome sequencing, a process that reveals the complete DNA make-up of an organism at a single time, to look at tumor-specific mutations in aggressive prostate cancer. The researchers found that some men with the most aggressive forms of prostate cancer have a mixture of simple and complex genomic alterations that inactivate both copies of the BRCA2 gene. Tumors with inactivated BRCA2 had other additional mutations that occurred in a specific pattern called a mutation signature. This pattern enables accurate identification of BRCA2-deficient prostate tumors. A new class of drugs called PARP inhibitors can kill cells that have inactivation of BRCA2. Thus, identification of this mutation signature may help determine which prostate cancer patients - and prostate tumors - might respond to PARP inhibitor therapy. 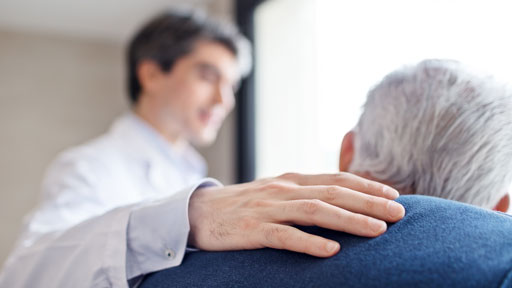