Daniel Kastner, M.D., Ph.D., Scientific Director for the Intramural Research Program at the National Human Genome Research Institute (NHGRI) recognized for his pioneering work on the genomics of autoinflammatory diseases.

Dr. Kastner will receive the prestigious Health and Human Services (HHS) Career Achievement Award on May 8 and the Ross Prize in Molecular Medicine on June 4.

The HHS Departmental Awards, which are the highest honors issued by the department, were conferred to 35 recipients out of 100 nominations and will be held in the Great Hall, Hubert H. Humphrey Building in Washington, DC. Dr. Kastner will accept the Ross Prize in molecular medicine, which was established in conjunction with the Feinstein Institute for Medical Research and Molecular Medicine, and deliver a keynote lecture at the New York Academy of Sciences in New York City. According to their website, the prize is awarded “to recognize biomedical scientists whose discoveries have transformed the way medicine is practiced.”

“Dan’s extraordinary, multi-decade career as a physician-scientist, which has involved both conducting research and seeing patients in the NIH Clinical Center, exemplifies excellence in the truest sense of the word. His countless discoveries have advanced medical knowledge and helped thousands of patients,” said Eric Green, M.D., Ph.D., NHGRI director. “We are all proud to see Dan honored by HHS for his many achievements over his remarkable career to date.” 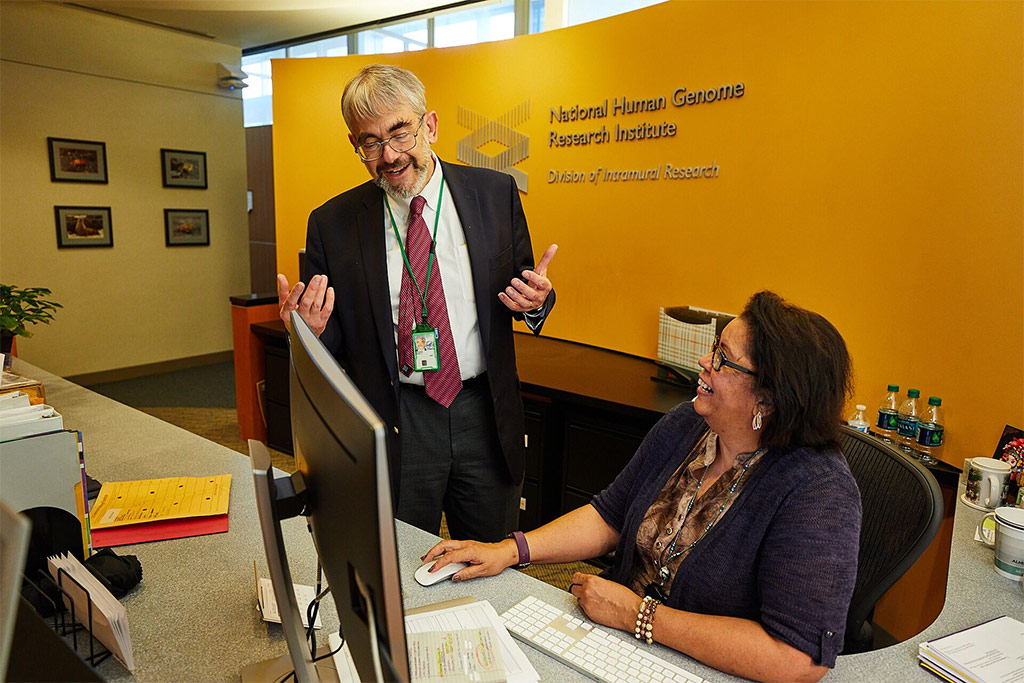 In 1997, when the Human Genome Project was still a few years from being completed, Dr. Kastner and his team identified the gene MEFV on chromosome 16 to be responsible for Familial Mediterranean fever. At a time when genomic infrastructure was still lacking, they used positional cloning to find the gene, an effort that took eight years and an international consortium.

Kastner also developed a clinical infrastructure at the National Institutes of Health (NIH) to examine patients with undiagnosed inflammatory diseases, intending to characterize the diseases and identify underlying genes causing such conditions. The clinic has seen more than 2,000 patients as of 2019.

According to Kastner, the endeavor was a resounding success. It resulted in the identification of causal genes for numerous diseases including tumor necrosis factor receptor-associated periodic syndrome (TRAPS) and neonatal-onset multisystem inflammatory disease (NOMID). Patients with TRAPS suffer from recurrent bouts of fever and periodically show symptoms of pain in regions including joints, muscles, and abdomen. NOMID manifests as a disorder that causes persistent inflammation and tissue damage, affecting the nervous system, skin and joints. Affected individuals can eventually suffer from chronic meningitis. Targeted therapies are now available for NOMID.

“It is a fantastic feeling to know that our work is being highly regarded in this way. But it really is the recognition of a partnership between a number of groups involved, including patients, clinicians, lab personnel and administrative support,” said Kastner.

Until the early 1990s, the medical community had believed that there are only two types of inflammatory illnesses: autoimmune and immunodeficiency diseases.

Between 1997 and 1999, Dr. Kastner’s work led to the proposal of a new class of diseases termed autoinflammatory diseases, which occur when patients have seemingly unprovoked inflammation, but without the antibodies and T-cells that are classic signs of autoimmune diseases.

According to Dr. Kastner, a big portion of the next stage of genomics can be placed in three main categories: gene discovery, understanding the genetics of complex diseases, delineating the pathophysiology of diseases and forming successful targeted therapies. Dr. Kastner’s keynote lecture at the Ross Prize ceremony will outline his work on systemic autoinflammatory diseases and highlight ongoing studies through which he hopes to place common autoinflammatory diseases on the broader spectrum of human genomic variation.

When asked if he has any advice for the new generation of researchers, Dr. Kastner becomes contemplative.

“Follow your passion,” he says. “In science, as in anything else, you need to care about your work and be completely immersed in it. There will always be setbacks and pain, but that is when the excitement you have for what you do will carry you through to the end.”