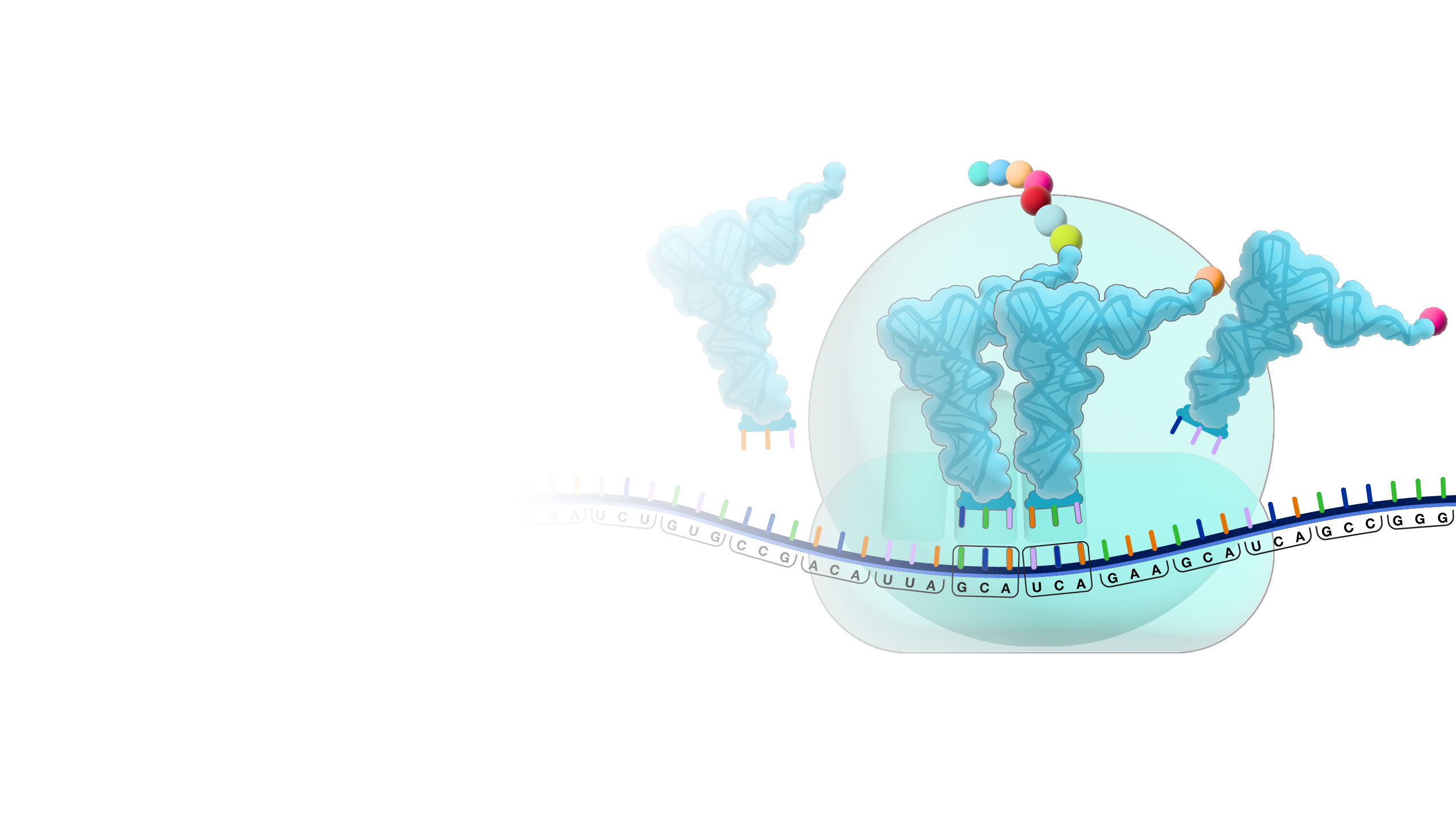 A codon is a DNA or RNA sequence of three nucleotides (a trinucleotide) that forms a unit of genomic information encoding a particular amino acid or signaling the termination of protein synthesis (stop signals). There are 64 different codons: 61 specify amino acids and 3 are used as stop signals. 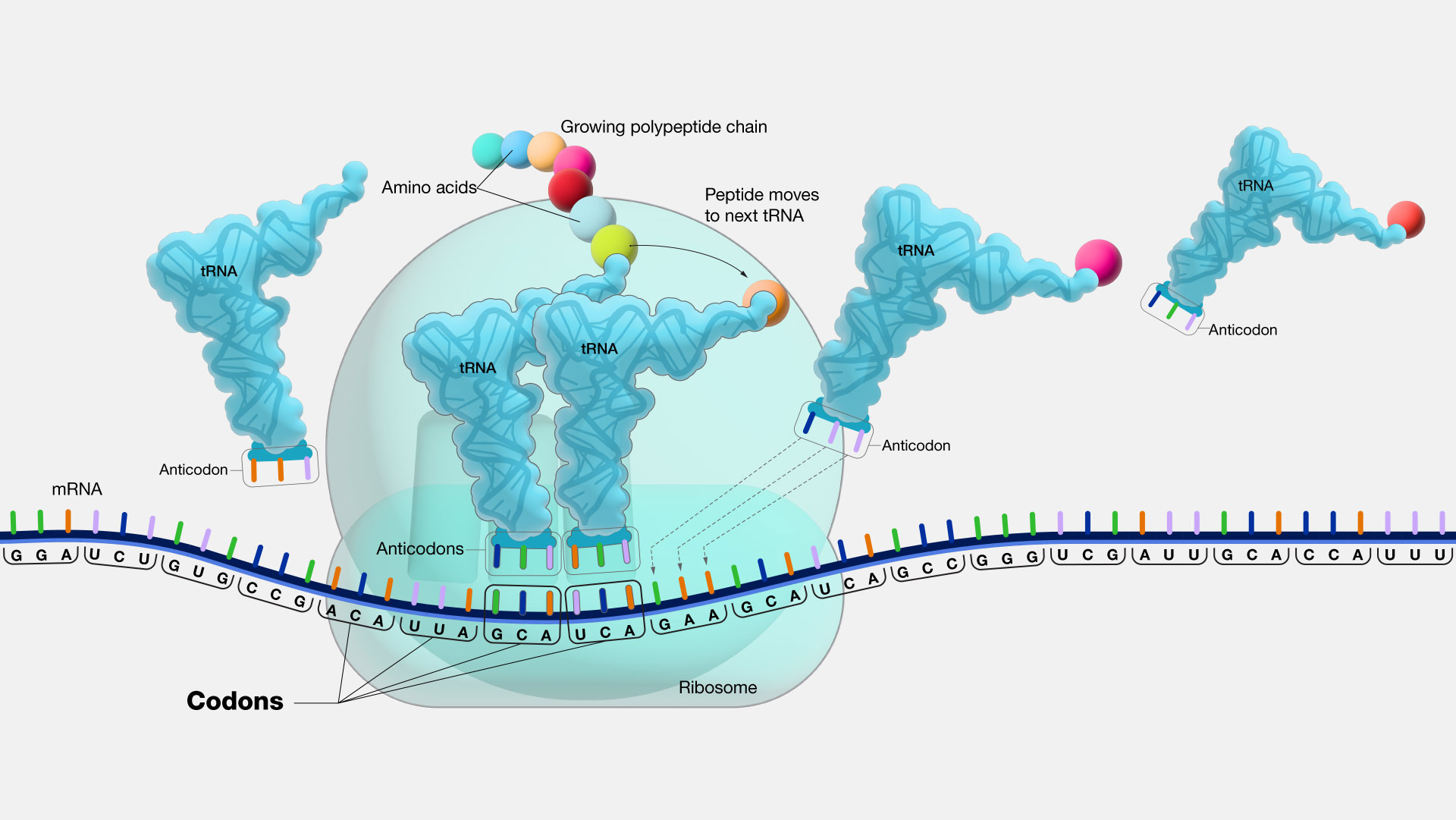 Codon. When people talk about the genetic code, they are referring to the phenomenon of DNA containing an informational code to create the proteins that an organism needs to function. The DNA serves as a pattern for making messenger RNA, and the messenger RNA then serves as a pattern for making a specific protein. DNA and the corresponding messenger RNA are made up of a series of bases. In RNA, these bases are often labeled with the letters A, U, C, and G. A set of three bases makes up a codon. The messenger RNA contains many such codons, with a series of three bases followed by three more bases, and then three more bases, and so on. Each codon instructs the cell to start the creation of a protein chain, to add a specific amino acid to the growing protein chain, or to stop creation of the protein chain. For instance, a messenger RNA codon, GCA, signals the addition of the amino acid alanine to the protein chain. The messenger RNA stop codon, UAG, signals the end of that protein's production. 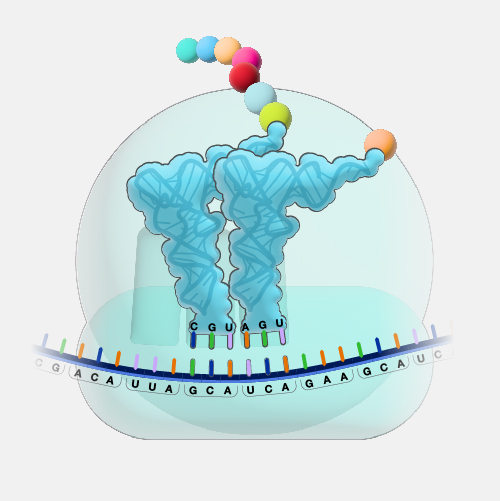 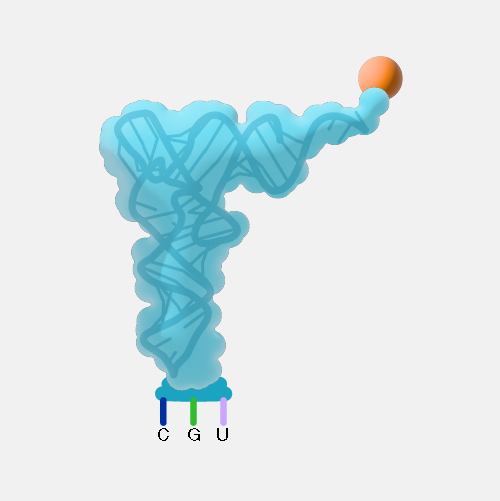 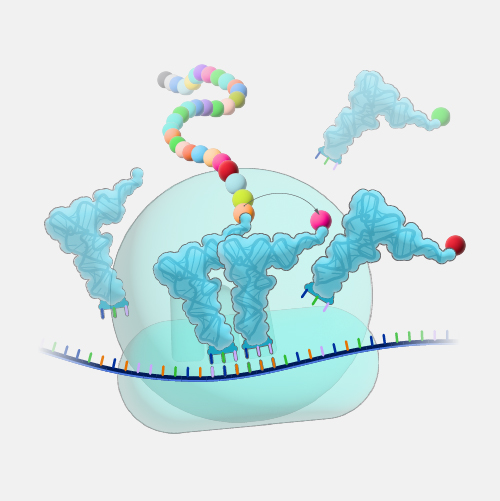